Bradshaw Foundation - Latest News
Modern technology for ancient ochre
Follow @BradshawFND Tweet
Follow @BradshawFND Tweet
An article by Eric Stann from the University of Missouri on phys.org - Modern technology reconstructs properties of ochre, commonly found in ancient rock art - reports on ochre, one of Earth's oldest naturally occurring materials and often used as a vivid red paint in ancient rock art known as pictographs across the world, with new research on the paint itself and how it was produced. 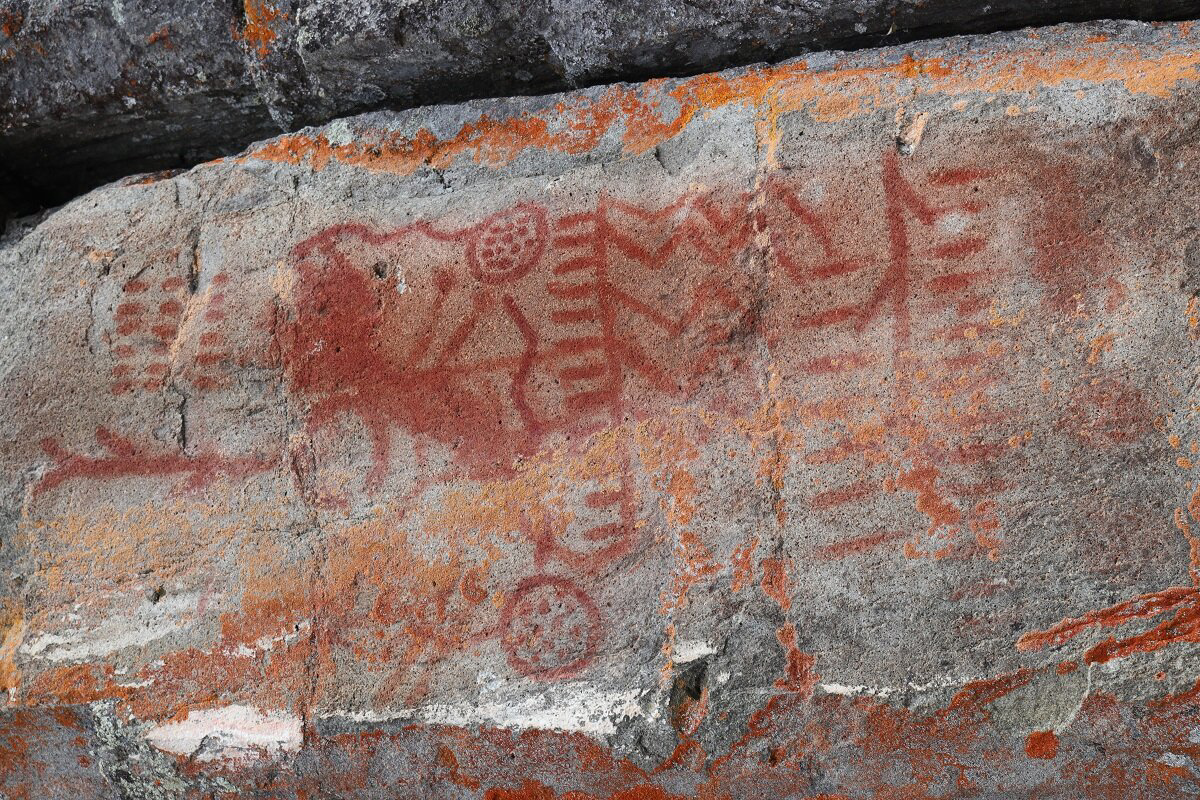 One of the pieces of rock art found at Babine Lake. It is representative of the rock art that was analyzed in the study. Credit: University of Missouri

Now, scientists led by Brandi MacDonald, who specializes in ancient pigments, at the University of Missouri are using archaeological science to understand how ochre paint was created by hunter-gatherers in North America to produce rock art located at Babine Lake in British Columbia. The study was published in Scientific Reports, a journal of Nature.

MacDonald explains that "ochre is one of the only types of material that people have continually used for over 200,000 years, if not longer. Therefore, we have a deep history in the archeological record of humans selecting and engaging with this material, but few people study how it's actually made." 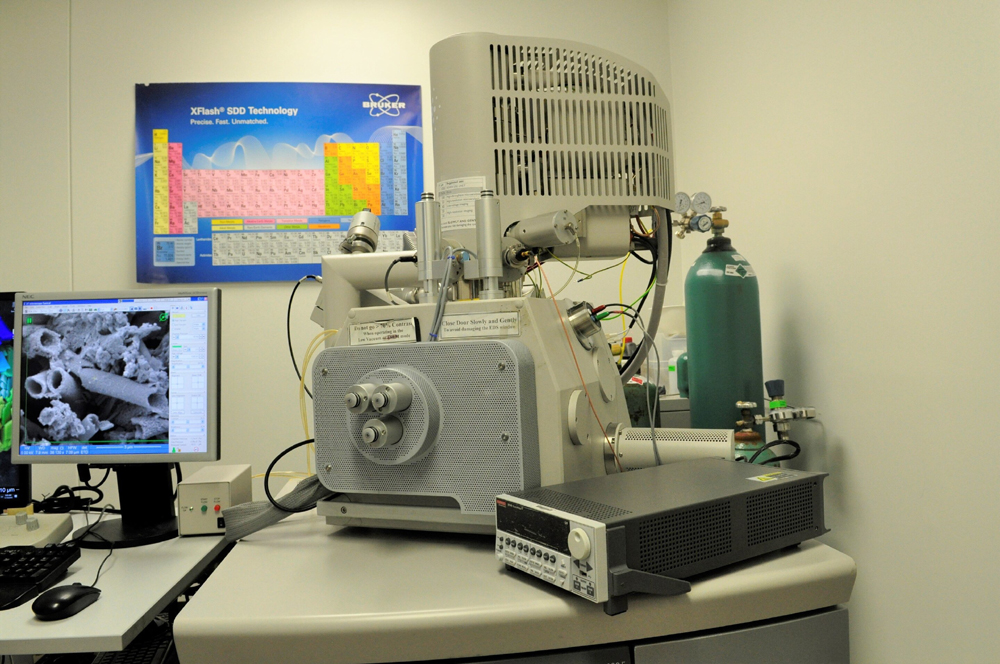 In the study, the scientists heated a single grain of ochre and watched the effects of temperature change under an electron microscope at MU's Electron Microscopy Core facility. Credit: University of Missouri

This is the first study of the rock art at Babine Lake. It shows that individuals who prepared the ochre paints harvested an aquatic, iron-rich bacteria out of the lake—in the form of an orange-brown sediment.

In the study, the scientists used modern technology, including the ability to heat a single grain of ochre and watch the effects of temperature change under an electron microscope at MU's Electron Microscopy Core facility. They determined that individuals at Babine Lake deliberately heated this bacteria to a temperature range of approximately 750°C to 850°C to initiate the color transformation.

MacDonald goes on to explain that it's "common to think about the production of red paint as people collecting red rocks and crushing them up. Here, with the help of multiple scientific methods, we were able to reconstruct the approximate temperature at which the people at Babine Lake were deliberately heating this biogenic paint over open-hearth fires. So, this wasn't a transformation done by chance with nature. Today, engineers are spending a lot of money trying to determine how to produce highly thermo-stable paints for ceramic manufacturing or aerospace engineering without much known success, yet we've found that hunter-gatherers had already discovered a successful way to do this long ago."