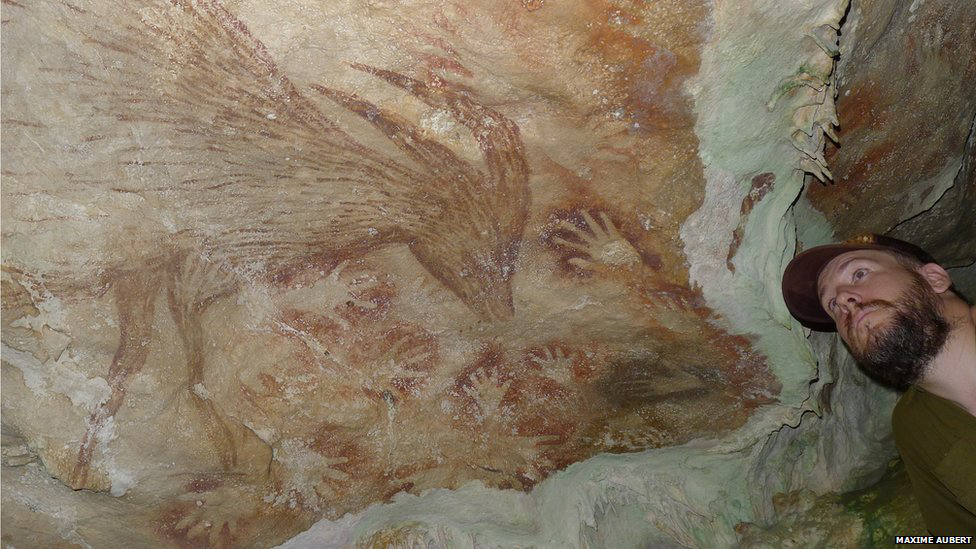 Rock art dated to a minimum age of almost 40,000 years has been discovered in the Maros region of southern Sulawesi, Indonesia. This is an incredible result, published in Nature today, because one of the biggest challenges in rock art research is dating. 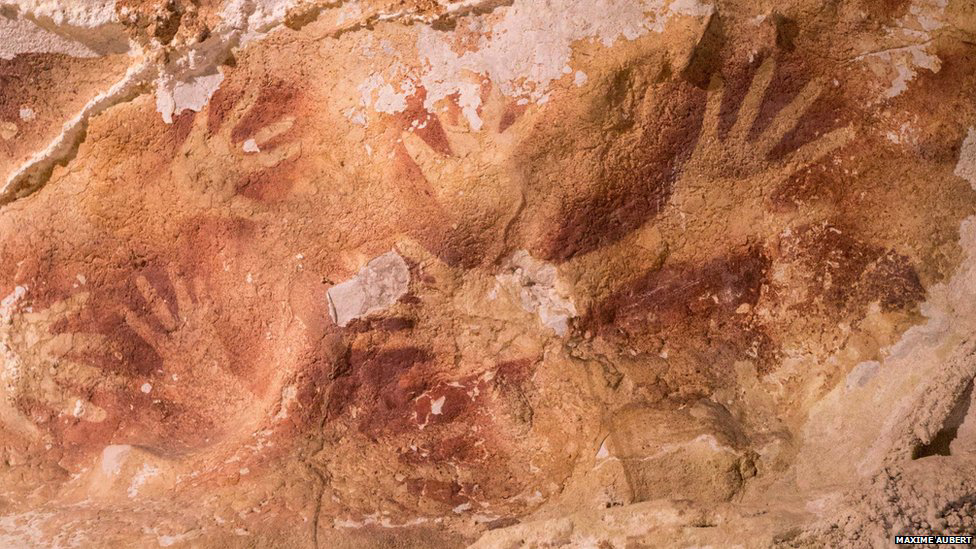 Consequently, every time we get dates for rock art, wherever from and no matter how old or young, it is important. But when we get really old dates outside Europe it is both highly significant and very exciting. 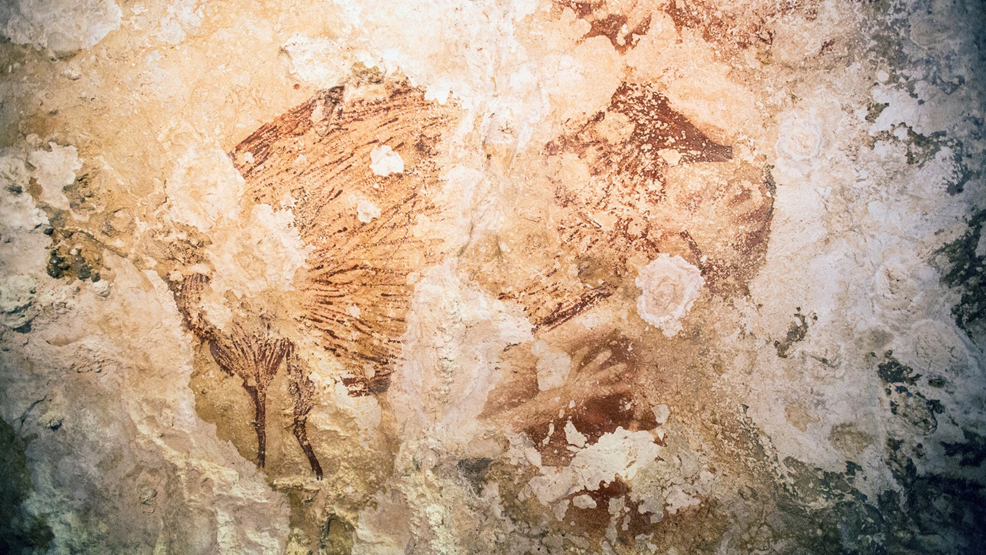 Specifically, the earliest minimum age for a hand stencil was found to be at least 39,900 years at the site of Leang Timpuseng and the oldest animal painting, of a babirusa 'pig-deer' at the same site, dates back to at least 35,400 years.

A second animal painting (probably a pig) at another site has a minimum age of 35,700 years.

Obtaining 36,000 to 40,000 year minimum ages for paintings of animals and hand stencils of Sulawesi is an especially important rock art dating result because it has long been argued that the origin of art began in the deep caves of Europe more than 30,000 years ago.

Rock art is found all over the world. It is an archive of Indigenous arts and history stretching back tens of thousands of years and in this sense is a major component of world art history.

Rock art typically consists of paintings, drawings, engravings, stencils, prints, bas-relief carvings and figures made of beeswax in rock shelters and caves, on boulders and platforms.

Rock art sites are special, often spectacular places that reflect ancient experience and sometimes spirituality. They are locations where aspects of ceremony, belief and history are recorded in visual form. They are a testament to thousands of years of Indigenous culture and cultural interaction with other peoples, other creatures and the environment.

Where does the first rock art come from?

The Sulawesi dates show that the making of rock art did not originate in Europe, that it is more likely a much older behaviour brought by the first humans to both Europe and Southeast Asia. Or that rock art practices of making hand stencils and skilfully executed depictions of wild animals were independently invented in far flung parts of the world many tens of thousands of years ago.

Both possibilities are equally exciting as they force us to rethink many things about our most ancient modern human ancestors. They significantly change debates about the origin of art, the behavioural practices modern humans brought with them when they left Africa more than 60,000 years ago and what it is to be human.

Certainly, it appears that when modern humans reached new lands in vastly different parts of the world they literally put a human stamp on the new landscapes.

From southwest China to Malaysia, from Indonesia to the north of Australia, research by all three of us indicates the oldest surviving rock art to invariably consist of naturalistic paintings of animals.

In many places we also find hand stencils among the oldest surviving art forms. All attempts to date this early art have indicated considerable antiquity with various minimum ages but the new results from Sulawesi show this early widespread practice may have begun almost 40,000 years ago right across the region.

In Australia there are at least 100,000 rock art sites, most across the north of the continent. But unlike Sulawesi, the oldest paintings are mostly in sandstone shelters rather than limestone, making them much more difficult to date.

Many researchers have suggested the oldest paintings include depictions of long extinct animals but we can never be absolutely sure of this. Used pieces of ochre, 'crayons', are found in the lowest levels and throughout excavated rock shelter floor deposits in Australia.

At more than one location they have been dated to up to 50,000 years ago. Sulawesi is not far from northern Australia and the first people to reach Australia's shores more than 50,000 years ago would have passed through that region of Southeast Asia.

The ochre crayons from sites in northern Australia combined with the new dates of similar-looking imagery from Sulawesi give us strong circumstantial evidence that the oldest naturalistic animal paintings and hand stencils from Australia may also rival those of Europe in terms of age.

Sadly, in Sulawesi, across Southeast Asia and throughout Australia rock art sites are under threat from mining, development, agriculture, graffiti and vandalism. Given that we now know some of this rock art is close to 40,000 years old we must make sure it is protected for future generations.

Our region's rock art is as important as that of Europe. Our Indonesian colleagues consistently emphasise the need for new research and conservation strategies, especially in Sulawesi where the art is deteriorating rapidly.

After 40,000 years it would be a tragedy if these highly significant and irreplaceable sites were to disappear in our generation.

To learn more about the current research of Paul S.C.Taçon, Adam Brumm and Maxime Aubert at Griffith University and PERAHU: