An article by Andrew Bock on smh.com.au - Experts rush to map fire-hit rock art - reports on how new digital technology could be used to reconstruct 3D images of important Indigenous rock art sites destroyed by bushfires that ripped through eastern Australia last year and early this year. 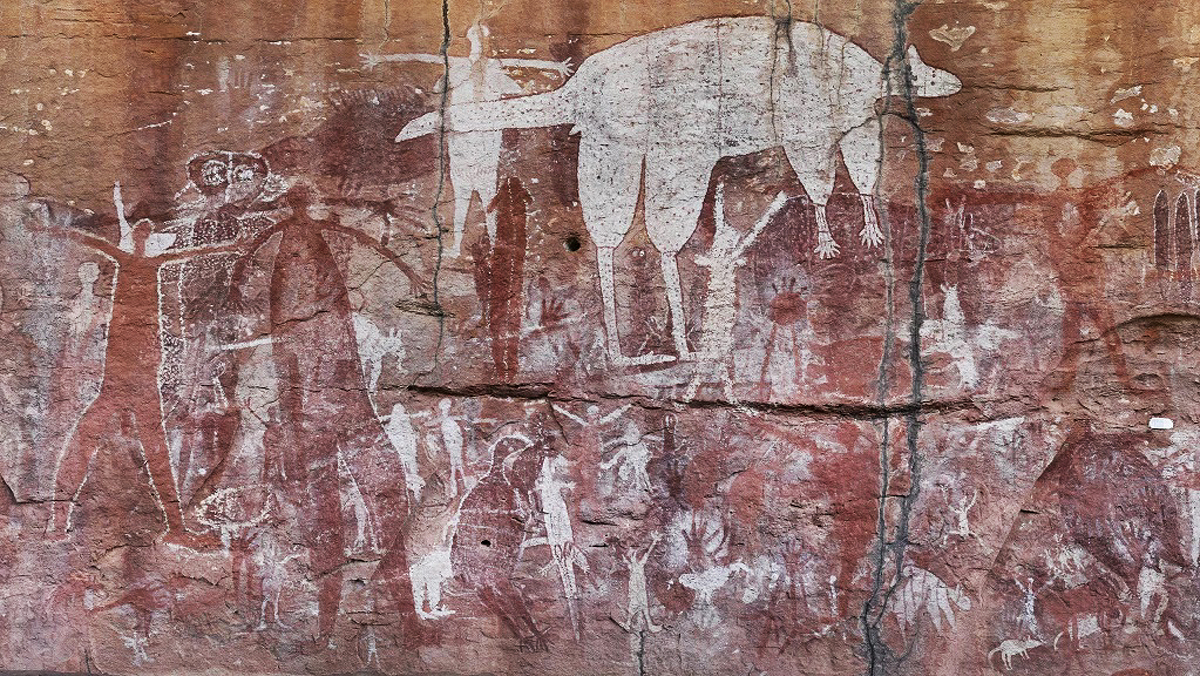 While coronavirus restrictions have forced surveys to be postponed until September, experts still fear thousands of rock art sites, some dating back 4,000 years, have been destroyed. Where rock art has been damaged or destroyed, technology including laser scans and software that merges existing photographs could help create 3D images and even replicas of important sites.

Professor Paul Taçon, head of the Place, Evolution and Rock Art Heritage Unit (PERAHU) at Griffith University, explains that some accessible rock art sites, such as Baiame cave near Mount Yengo in the Hunter region, had been visited and found to be undamaged. But he is concerned about important sites such as Gallery Rock and Eagle’s Reach in the Wollemi National Park, 200km north-west of Sydney, which is part of the Greater Blue Mountains World Heritage area ravaged by fire. 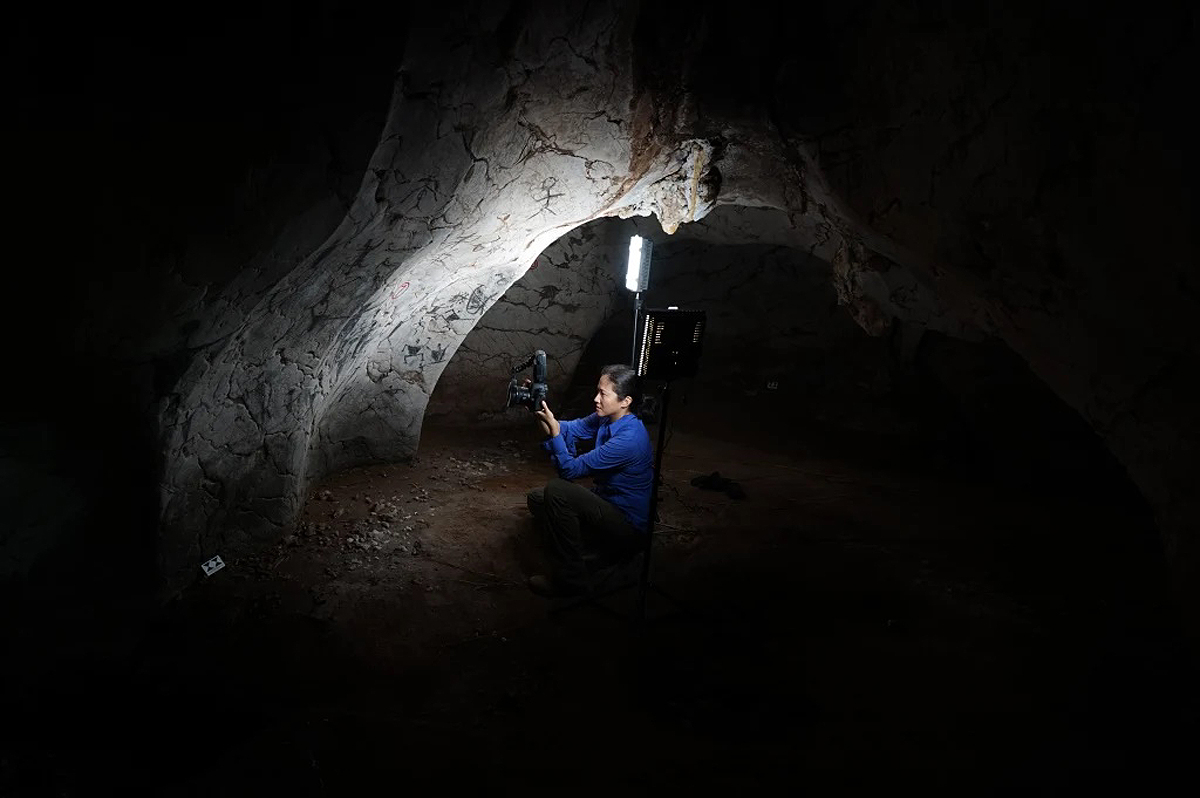 Andrea Jalandoni taking high-resolution photographs for use in photogrammetry at a rock art site in Sarawak, Malaysia.

Together with members of local Indigenous communities, Taçon and rock art heritage unit members have surveyed Eagle’s Reach and more than 200 sites in the Wollemi National Park over the past 15 years, taking high-resolution photographs and recordings. He goes on to say that “One of the key activities of PERAHU is using technology to record and analyse rock art in new ways. We've been doing lots of 3D recording, photogrammetry, portable X-ray fluorescence and analysis of pigments and using drone footage to help record sites.”

Photogrammetry uses software to merge overlapping photographs and create cloud points that help create an exact three-dimensional image of a given site. Laser scanning is also used to create 3D images of sites. Taçon explains that “If we have the time and money and we find important sites that have been damaged, we can reconstruct them virtually using existing photographs and we can make 3D models of those sites, and with a 3D printer even produce a hard copy version and put that in a cultural centre or museum.”

Dr Andrea Jalandoni, research fellow with PERAHU who specialises in digital techniques for recording rock art, states that software advances had improved photogrammetry radically in the past 10 years. Dr Jalandoni also merges photogrammetry with laser scans of sites to create better 3D images. She is also pioneering digital techniques that dramatically reveal rock art barely visible to the human eye. Taçon concurs: the same processes could be used for rock art sites damaged by the fires.

Bidjara woman and film and VR producer Ljudan Michaelis-Thorpe is discussing with her community ways to use photogrammetry to create a 3D digital restoration of the Baloon Cave in central Queensland after the rock art was destroyed in a fire in late 2018. She says it is important to include and even train community members in photogrammetry and recording so the process was self-determined by traditional custodians. Digital representations “also offer farm owners who have previously kept sites hidden, the opportunity to share the while still maintaining autonomy. Baloon Cave is, for the diverse peoples of Carnarvon Ranges, like the holy sites of Jerusalem are for Christians, Muslims and Jews,” she added. 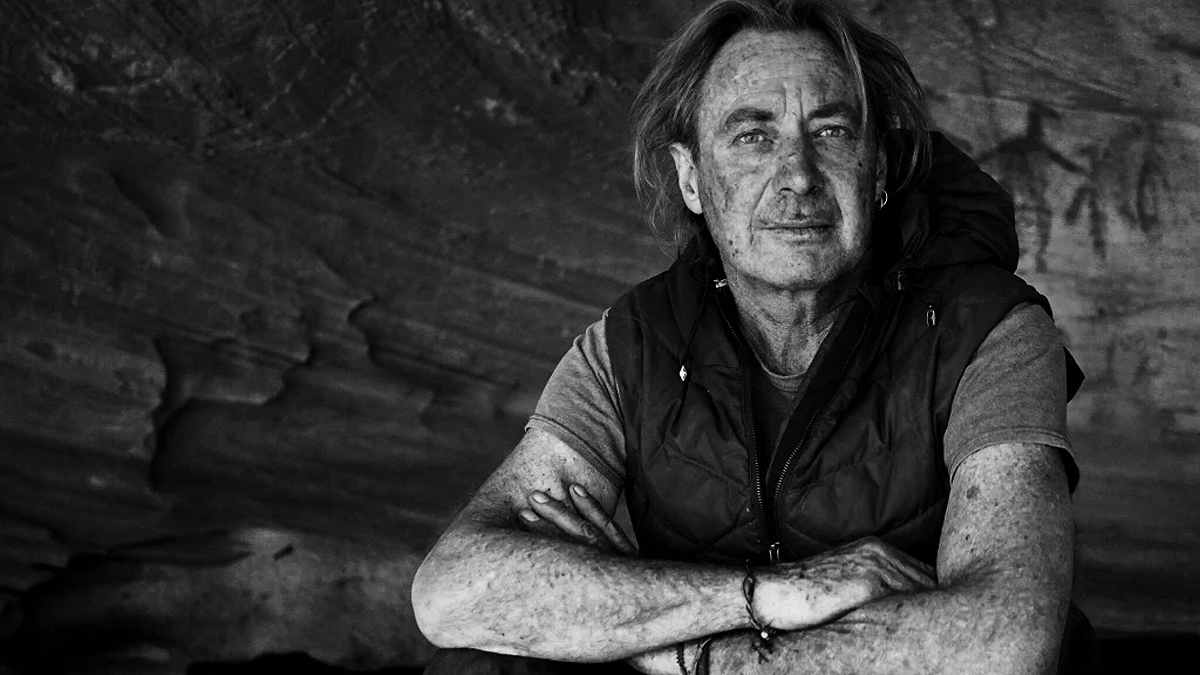 Wayne Brennan: "This fire culturally is a big wake-up call for everybody."

Senior archaeologist and Gamilaraay and Blue Mountains community member, Wayne Brennan, helped record many of the sites in the Wollemi National Park with the Griffith University rock art heritage unit: “The songlines and the stories that go through that country still remain but those animals and the law associated with them have taken a hit. This fire culturally is a big wake-up call for everybody. It’s not just about the art - it's about looking after the country that the art is in. There’s no separation for Aboriginal people between nature and culture. A lot of those sites are strongly connected to those totems in those particular areas. And the people are going to be hurting at a spiritual level. The recordings, the photographic records we have made, the details, are just so important now.”

Brennan called on the government to fund localised rock art maintenance teams, with Indigenous community members trained by specialists, to better record and conserve rock art. Those teams might then become self-funded by conducting cultural tourism: “This fire damage could be the order of the next 50 years, and so we could lose a lot of this type of heritage if it's not recorded. We have only recorded less than 20 per cent of the sites in the Wollemi National Park. There's not going to be another opportunity like this to survey the Wollemi National Park, because it's never burnt this much or this hard. It's unbelievable how quickly you can walk through the country after a burn. Fire also cleanses the land. There's no doubt we will discover new sites.”

The NPWS spokesperson said a rock-art assessment program would begin when access issues were resolved. NPWS cited seven sites, as yet uninspected, located in the active and burnt areas of national parks. These are the Biamanga, Burrel Bulai, Devils Chimney, Mount Yengo, Saltwater, Sugarloaf (Gwydir) and Waratah Trig Aboriginal places.