An article by Bruce Bower on sciencenews.org - Dating questions challenge whether Neandertals drew Spanish cave art - reports that the dating method may have overestimated ages of the rock drawings by thousands of years. 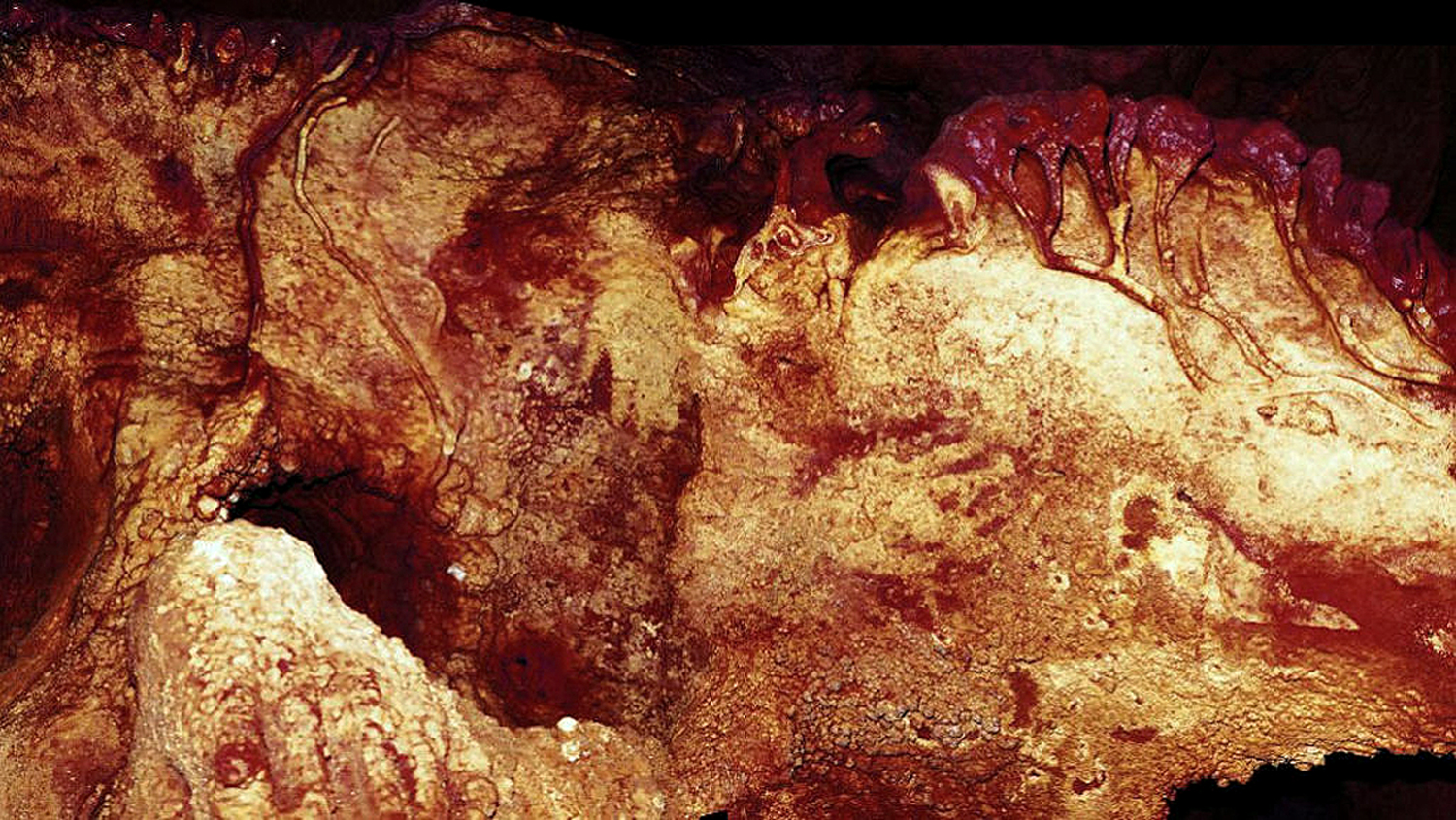 Spanish cave paintings, including these hand stencils (center), may not date to Neandertal times due to complications with a technique for dating mineral deposits, researchers argue. But the claim is controversial. Photo: H. COLLADO

Ancient European cave paintings recently attributed to Neandertals have ignited an ongoing controversy over the actual age of those designs and, as a result, who made them. The latest volley in this debate, published October 21 in the Journal of Human Evolution, contends that rock art in three Spanish caves that had been dated to at least roughly 65,000 years ago may actually be tens of thousands of years younger. If so, then Stone Age humans could have created the painted symbols and hand outlines. Neandertals died out by around 40,000 years ago.

An international group of 44 researchers, led by archaeologist Randall White of New York University, concludes that the controversial age estimates, derived from uranium-thorium dating, must be independently confirmed by other dating techniques. Those approaches include radiocarbon dating and thermoluminescence dating, which estimates the time since sediment was last exposed to sunlight. 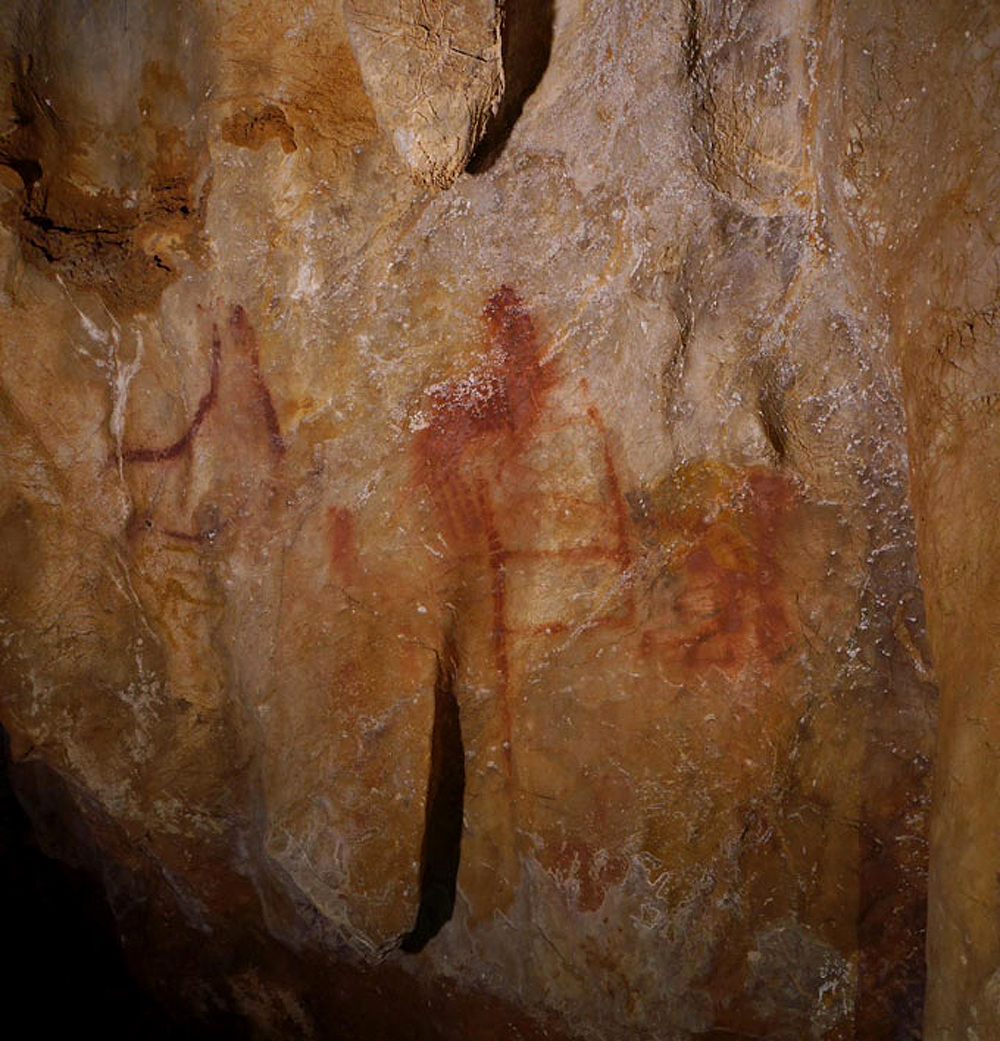 Inconsistent dates generated for a rectangular design (center) painted on the walls of a Spanish cave raise doubts about a prior report that Neandertals created this rock art, some researchers argue. Photo: C.D STANDISH, A.W.G. PIKE AND D.L. HOFFMANN

The team that dated the Spanish paintings, led by geochronologist Dirk Hoffmann of the Max Planck Institute for Evolutionary Anthropology in Leipzig, Germany, stands by its original analysis and will submit a response to the latest critique of its findings to the Journal of Human Evolution.

This debate now revolves around the reliability of uranium-thorium, or U-Th, dating. Hoffmann’s group analyzed thin mineral deposits partly covering painted areas to calculate minimum ages for the art, based on estimates of the rate at which radioactive uranium in the deposits decayed into radioactive thorium. But water running across cave surfaces and leaching into rock can reduce uranium in mineral deposits, making it appear that uranium has been decaying longer than it actually has, White’s group says. In that case, U-Th dates for the rock art would be misleadingly old, the researchers argue.

Leaching may have contributed to a minimum U-Th age of about 65,000 years that Hoffmann’s group found for the left side of a rectangular figure in Spain’s La Pasiega cave, the Neandertal art critics suggest. The other side of that same figure received a U-Th date of about 3,100 years. A difference of around 60,000 years in minimum age estimates for the same drawing raises concerns about the accuracy of those calculations, especially a surprisingly ancient age estimate, White’s group says. Similar rectangular cave paintings have been radiocarbon-dated to about 15,440 years ago at Spain’s Altamira Cave and to roughly 13,940 years ago in a cave located on the same hillside as La Pasiega, the team adds.

Archaeologist Paul Pettitt of Durham University in England explains that the outcome of this dating debate will have big implications for understanding the cultural and mental lives of ancient humans and Neandertals. “The overwhelming majority of cave art remains undated. Accepting that Spanish cave art dates back to when Neandertals inhabited western Europe would raise new questions about symbolic traditions in Stone Age cultures."

Bradshaw Foundation Editor's Note: Dr. Hélène Valladas, of the Laboratory of Climate and Environmental Sciences in Gif-sur-Yvette, France, who led the dating at Chauvet has published in Science stating that it's possible that some of the uranium in the calcite has been washed out by later water flows, which would increase the thorium/uranium ratio and make the ages seem older than they really are. Valladas goes on to say that she and her colleagues encountered just such problems when they attempted to compare and crosscheck U-series and radiocarbon dating results from prehistoric cave paintings in Borneo in 2003.