An article by Michael Marshall on newscientist.com - Neanderthals had dexterous hands that could have held tools like a pen - reports on research that reveals how nimble Neanderthals were. 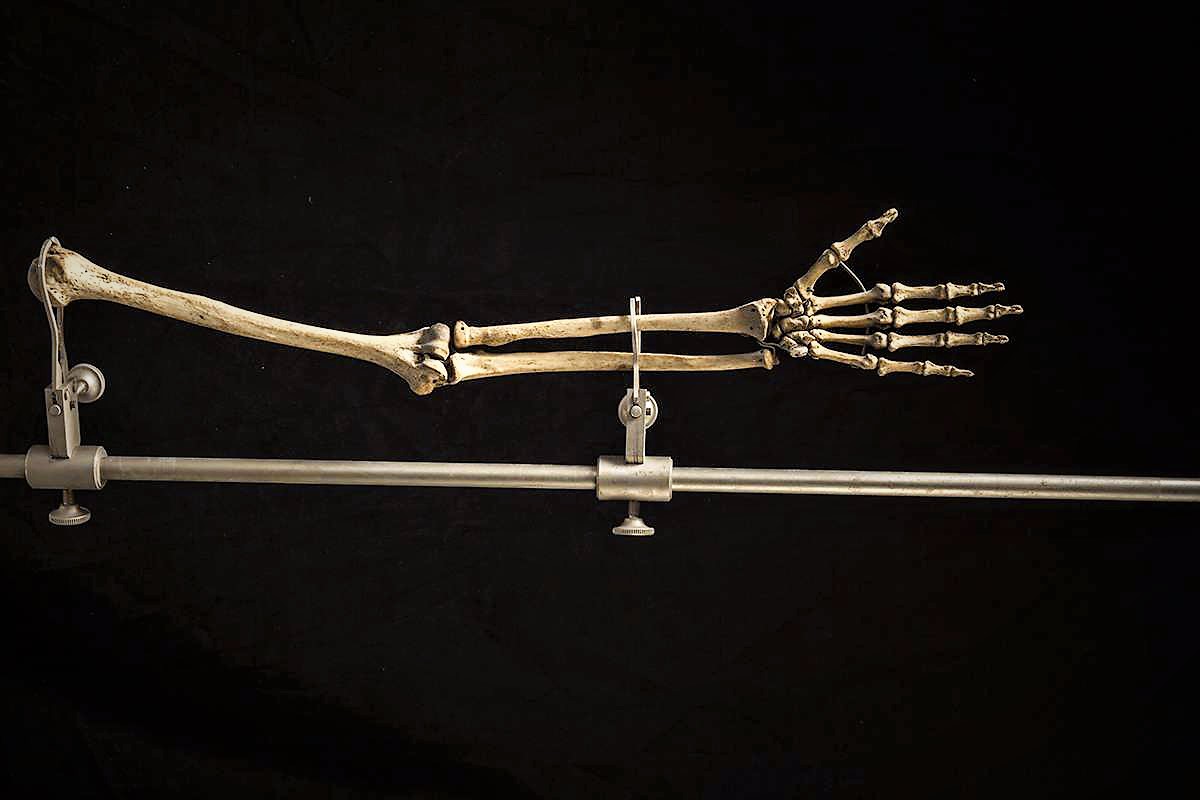 Neanderthals could hold objects between finger and thumb, like us, because their hands were more nimble than previously thought. The finding helps explain the many skilful tasks Neanderthals have been shown to have performed, such as tool making, painting on cave walls, carving patterns into bird bones and threading sea shells onto string to make jewellery. These activities were hard to explain if they were clumsy. Neanderthal hand bones were much 'chunkier' than ours, implying a lack of fine control. Previous studies of the bones mostly suggested Neanderthals could not perform a 'precision grip' with finger and thumb, and instead had to use a 'power grip' using their whole fist - the way small children sometimes hold crayons.

To find out how they used their hands, Katerina Harvati of the University of Tübingen in Germany and her colleagues studied entheses: the points on the bones where muscles were attached. Each enthesis is a raised area of bone. Harvati's team has developed a 3D scanning method that accurately measures their surface area. A precision grip uses a different set of muscles to a power grip, and those muscles that get used more develop larger entheses. Harvati's team previously showed this by studying modern humans who had worked different jobs.

The fact the Neanderthals only used precision grips suggests that the nature of their activities did not substantially differ across individuals. While each Neanderthal probably performed a mix of tasks, these tasks were likely similar. In contrast, the modern humans seemed to have had a division of labour. The sample comprised some individuals with habitual precision grips, and some with habitual power grips.

Abstract
Neandertal manual activities, as previously reconstructed from their robust hand skeletons, are thought to involve systematic power grasping rather than precise hand movements. However, this interpretation is at odds with increasing archeological evidence for sophisticated cultural behavior. We reevaluate the manipulative behaviors of Neandertals and early modern humans using a historical reference sample with extensive genealogical and lifelong occupational documentation, in combination with a new and precise three-dimensional multivariate analysis of hand muscle attachments. Results show that Neandertal muscle marking patterns overlap exclusively with documented lifelong precision workers, reflecting systematic precision grasping consistent with the use of their associated cultural remains. Our findings challenge the established interpretation of Neandertal behavior and establish a solid link between biological and cultural remains in the fossil record.