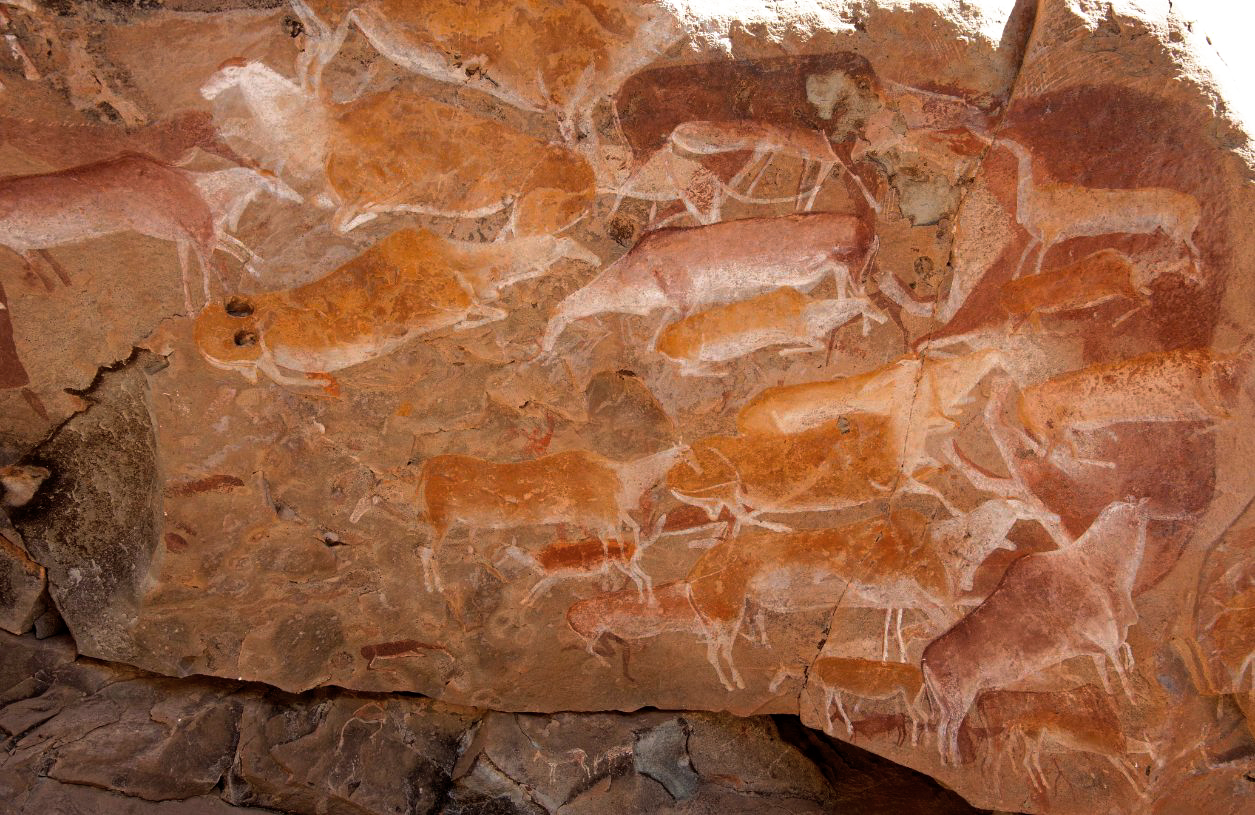 An article on Europa Press - The Altamira Museum hosts an exhibition of South African rock art - reports on the recent opening of a new exhibition on World Heritage Sites at the National Museum and Research Center of Altamira, entitled 'Color and power: rock art of San hunter gatherers in Ukhahlamba-Drakensberg'. The exhibition displays images of the cave paintings of this South African province as well as objects of the San material culture, provided by the National Museum of Anthropology. 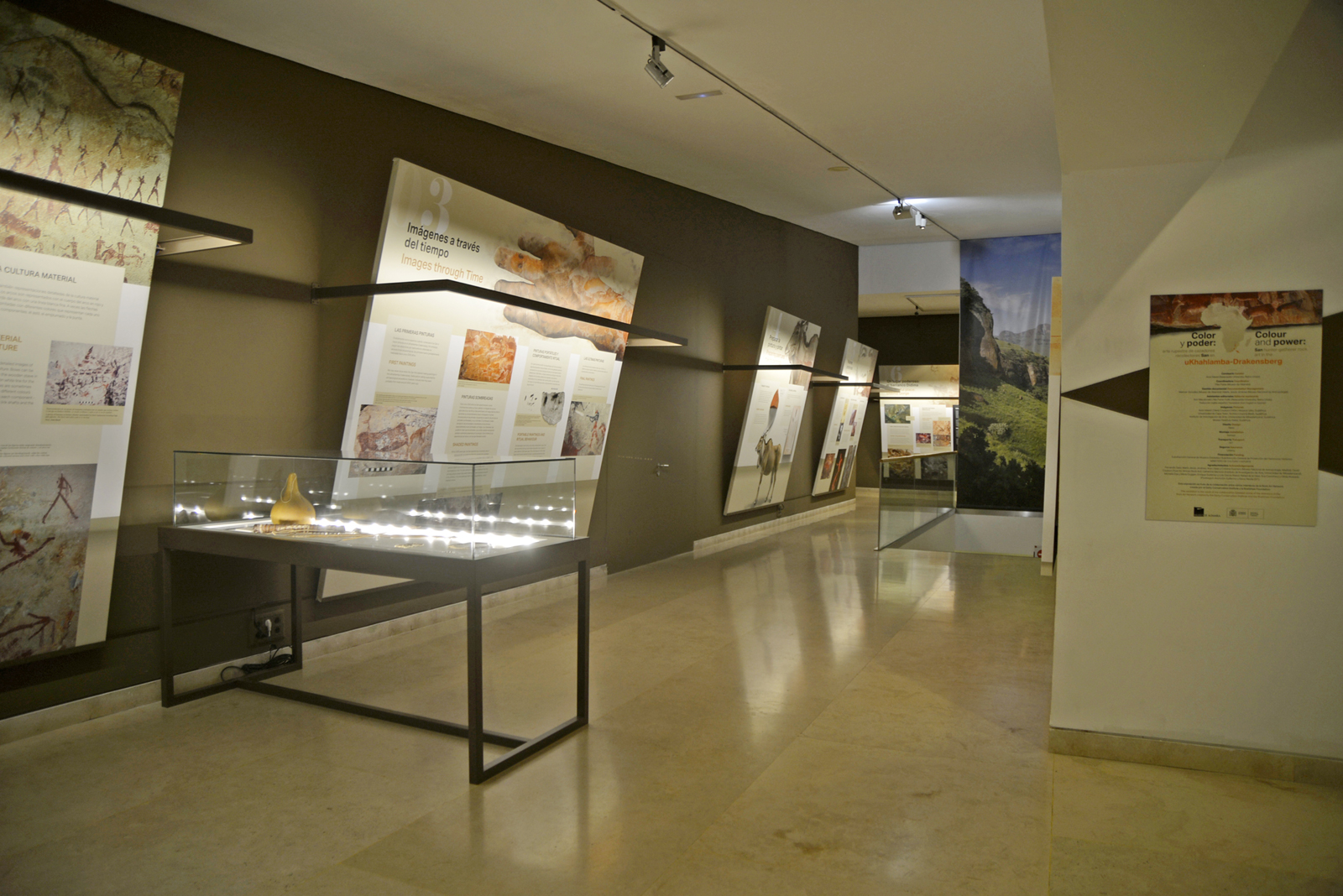 This exhibition is the result of collaboration between several members of the Rock Art Network, a working group created by the Getty Conservation Institute and the Bradshaw Foundation, which brings together experts and cultural institutions responsible for the promotion, protection and conservation of rock art on a world level. The exhibition presents some of the most illustrative images of the nearly 40,000 polychrome cave paintings documented and found in approximately 600 locations. 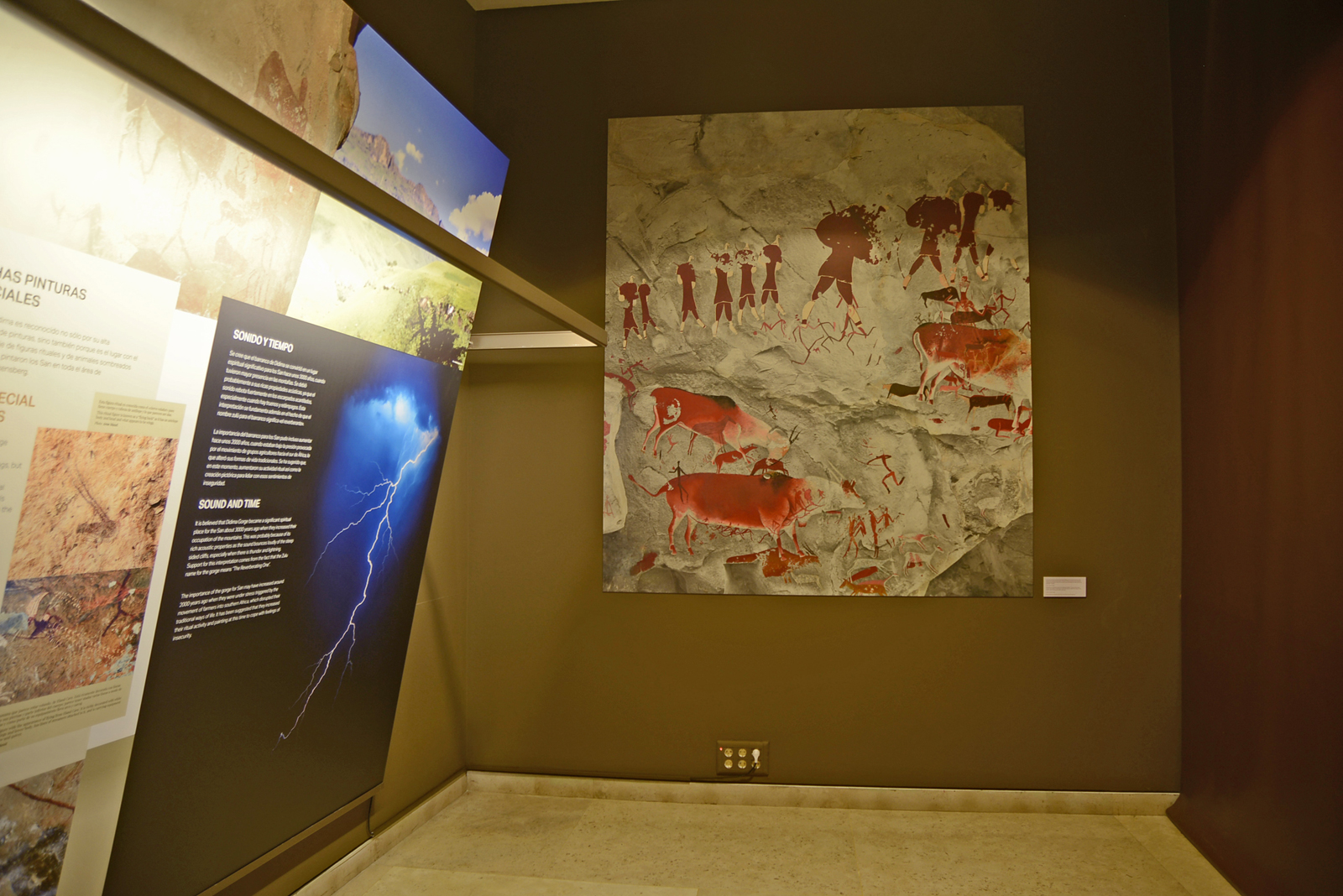 The art, created by the San hunter gatherers for some 3,000 years until the mid-eighteenth century, led to the province of KwaZulu-Natal in South Africa to be declared World Heritage by UNESCO in 2000. More than half of the paintings depict human figures, whilst a third are representations of animals. The images include scenes of daily life, objects of material culture, and the beliefs of these hunter-gatherer peoples. Representations of the San rock art are materialized through the pieces in the exhibition: hunting with the bow, quiver and arrows; personal adornments with pendants and bracelets; and objects linked to everyday life. 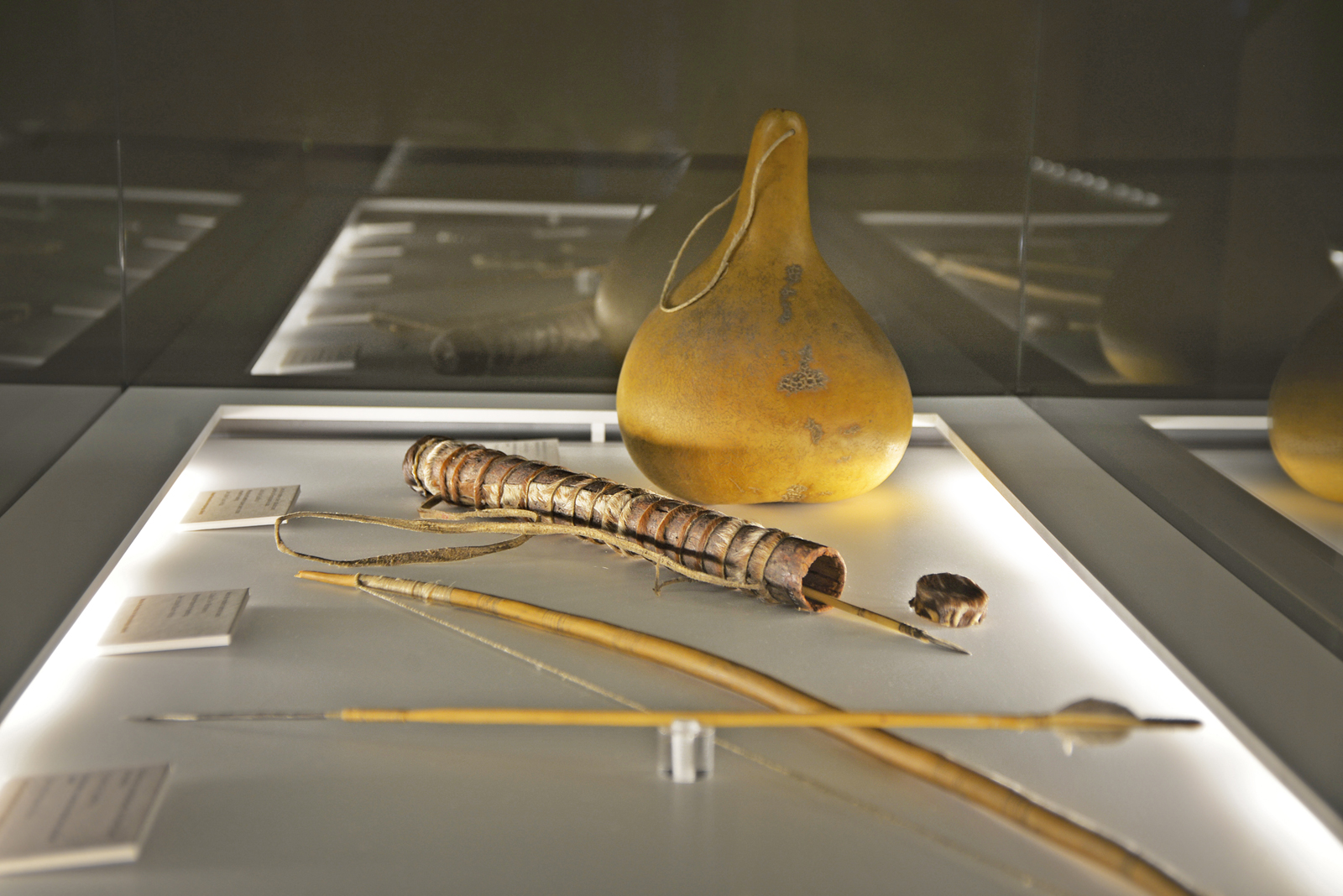 With this exhibition, which will remain open until the end of the year, the National Museum and Research Center of Altamira continues its work to emphasize the value and importance of this cultural legacy. "The sites with rock art tell us the history of those places that saw the birth of art, the dawn of the first artistic efforts," explained the director of the Altamira Museum, Pilar Fatás. The exhibition has been curated by the South African archaeologist Aron Mazel, from the University of Newcastle, and coordinated by the director of the Altamira Museum. 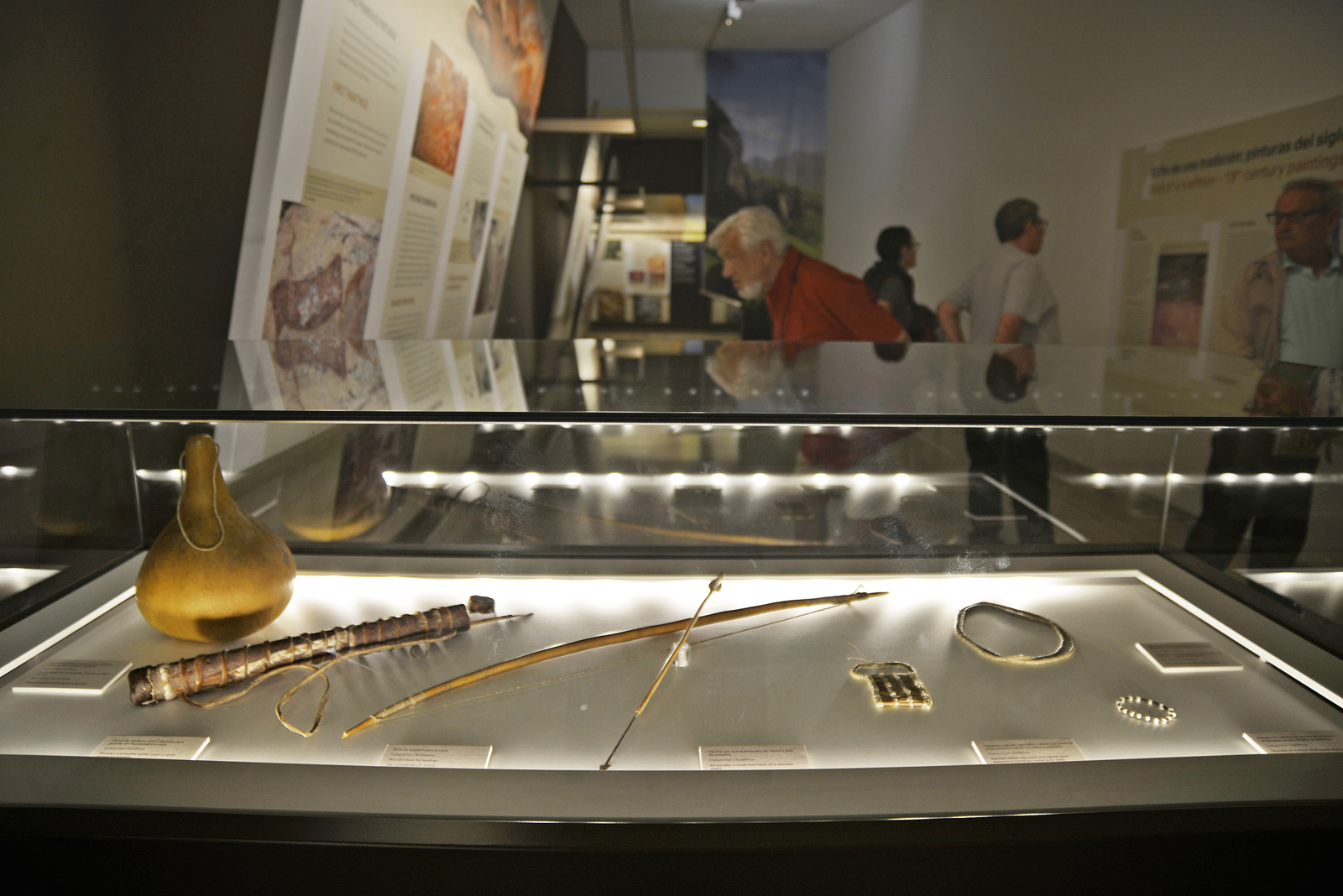 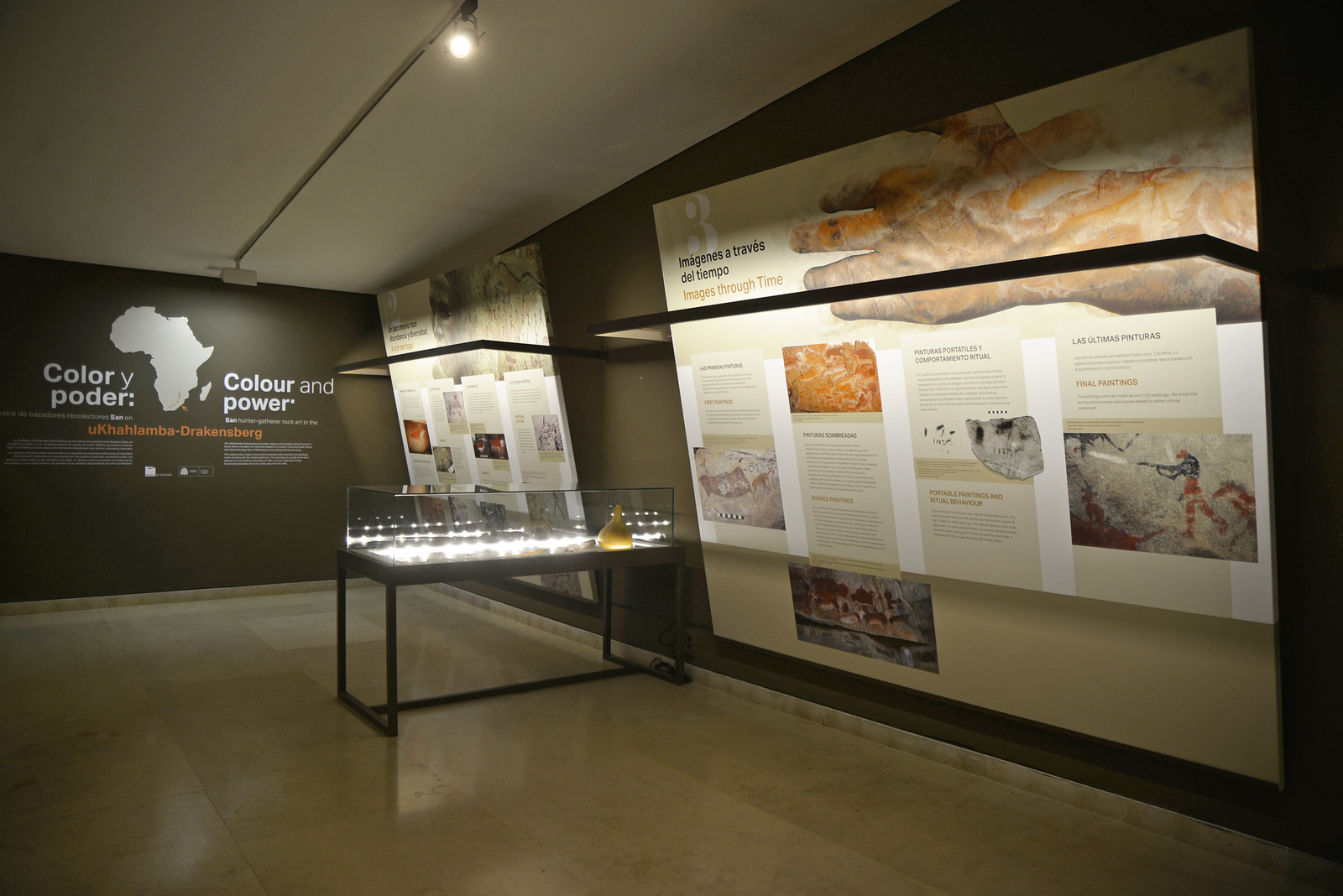 Regarding his works and publications on rock art, Mazel has made numerous records and locations of paintings in Ukhahlamba-DRakensberg (South Africa) and carved panels in Northumberland (United Kingdom). His publications deal with the management and dissemination of rock art, the role of acoustics in the location of rock art, the representation of domestic animals or animal seasonality, colonial rock art and, among others, chronology, dating and integration of rock art in management systems and computer documentation of excavations to improve understanding of the history of hunter-gatherer peoples.

The exhibition runs until the end of the year.

More on the rock art of Altamira

More on the San rock art of South Africa