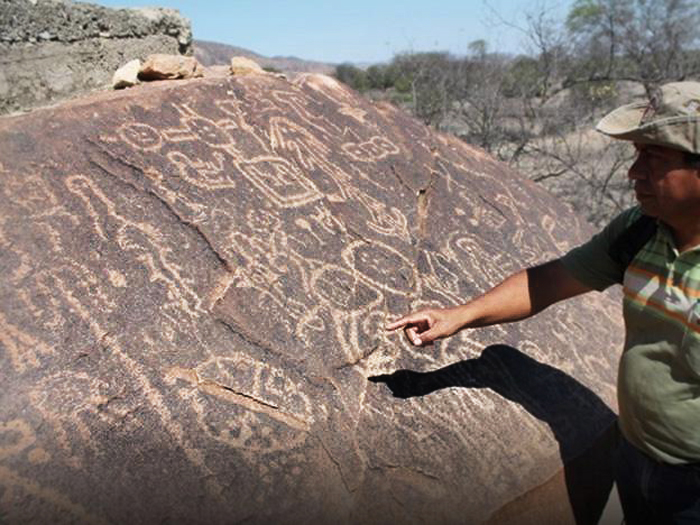 Researchers in northern Peru examining the 4,000 year old petroglyphs located at the Licurnique archaeological site, in the Olmos District of the Lambayeque region, believe the carvings may reflect astronomical patterns.

According to some researchers such as Juan Martinez and Manuel Curo, the site itself appears to incorporate and reflect various cultures, from pre-Columbian to Andean to Hispanic. They state that such a combination, whilst it is rare, emphasizes the importance of the site itself to the succession of inhabitants.

The Licurnique rock art site is one of 24 archaeological sites in the Olmos District under investigation.