A research group at Yamagata University discovered 142 new geoglyphs which represent living things and other objects, on the Nasca Pampa and surrounding area (up to 2018). 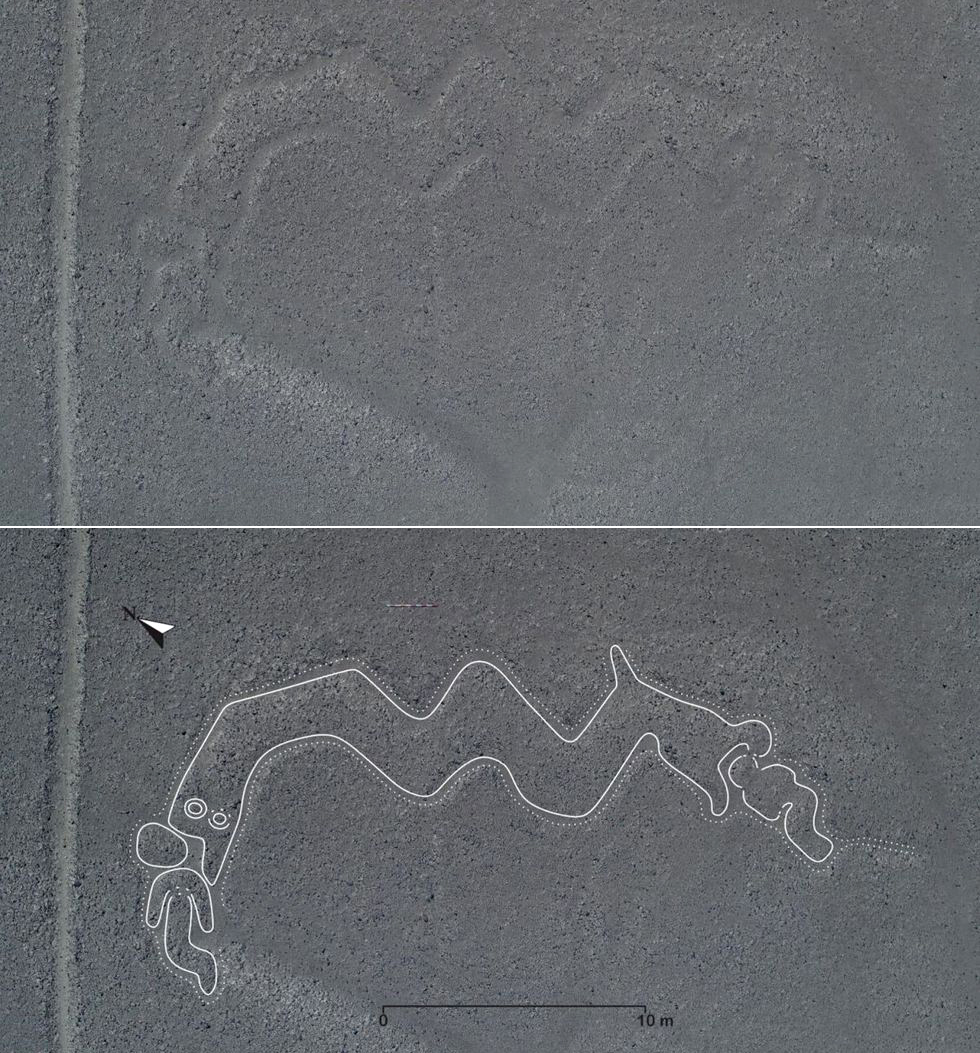 A serpent figure with two heads and a humanoid figure. Image: Yamagata University

Yamagata University and IBM Research have entered into an academic agreement regarding research on the Nasca Lines. The AI technology at the IBM Thomas J. Watson Research Center in the U.S. is expected to help the Yamagata research team better understand the distribution of the Nasca Lines, and accelerate research and contribution toward protection activities 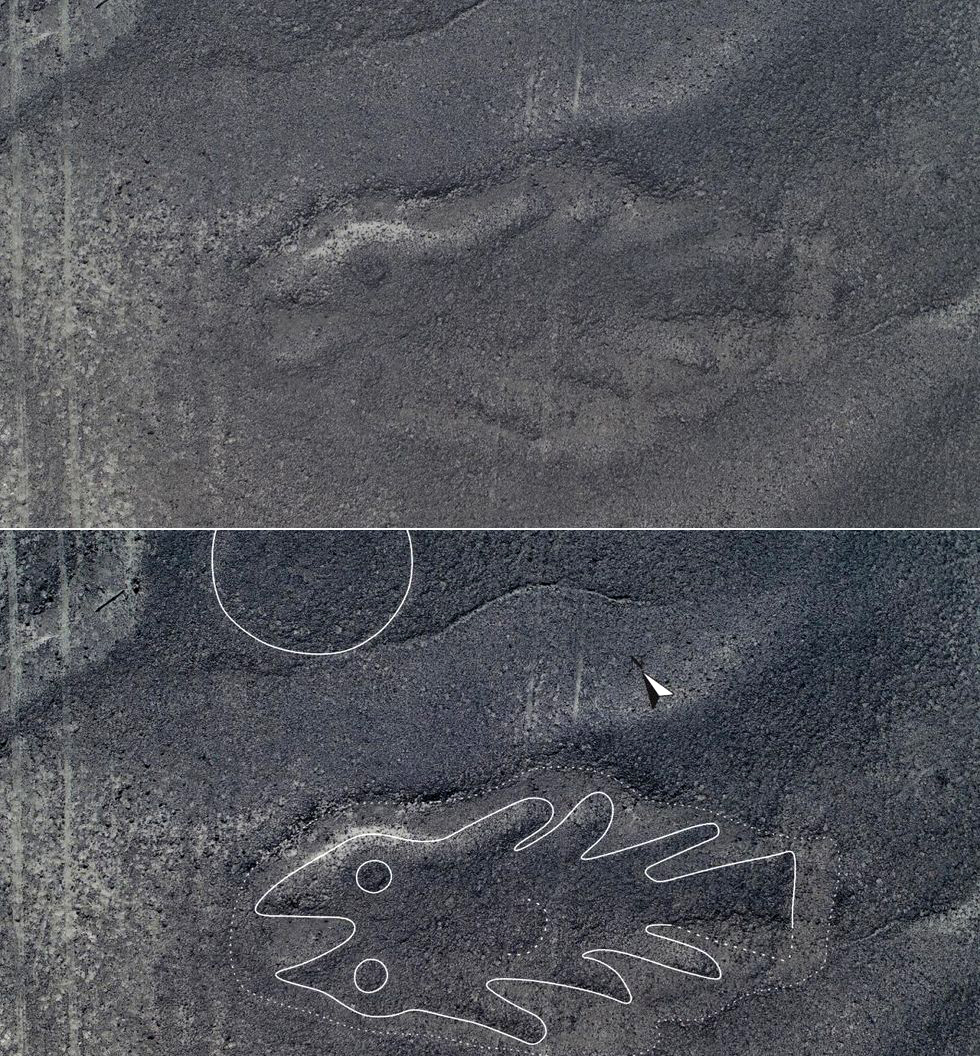 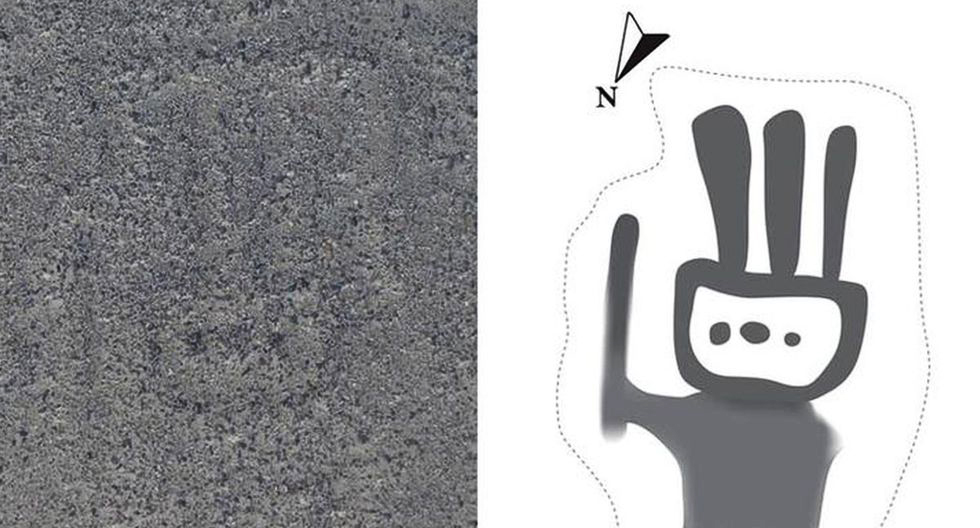 Situated mainly in the west of the Nasca Pampa, these new geoglyphs were identified through fieldwork and analyzing highresolution 3D data, among other activities conducted up to 2018. The biomorphic geoglyphs are thought to date back to at least 100 BC to AD 300. Additionally, in a feasibility study carried out from 2018 to 2019 together with IBM Japan, the university discovered one new geoglyph by developing an AI model on the AI server IBM Power System AC922(*1) configured with the deep learning platform IBM Watson Machine Learning Community Edition (formerly known as IBM PowerAI)(*2.) . This study explored the feasibility of AI’s potential to discover new lines, and introduced the capability to process large volumes of data with AI, including high-resolution aerial photos, at high speeds. This represented the first glyph at the site discovered by an AI.

Professor Sakai and other researchers at Yamagata University have engaged in initiatives since 2004(*3) to study the NascaLines, a UNESCO World Heritage Site. In addition to successfully identifying many geoglyphs,Professor Sakai and others have carried out activities to preserve this heritage site. However, there is still much work needed to be done in surveying the distribution of these geoglyphs. In addition, the expansion of urban areas has brought damage to the lines, drawing attention to the protection of the Nasca Lines as a social issue.

Building on the foundation of the first collaborative feasibility study with IBM Japan, Yamagata University has newly entered into an academic agreement to collaborate with the IBM Research, and tap into IBM’s extensive initiatives to analyze and leverage large, complex data sets, such as remote sensing and geographical data, with AI. Moving forward, researchers will enrich their understanding about the distribution of the geoglyphs by utilizing IBM PAIRS Geoscope (IBM PAIRS)(*4), an AI platform from the IBM Thomas J. Watson Research Center for analyzing 3D spatio-temporal data quickly and efficiently. In addition, the researchers aim to produce a location map based on the results of fieldwork. This technology and these efforts are expected to promote understanding of all the Nasca Lines as a whole, and accelerate research and awareness towards activities to protect this World Heritage Site.