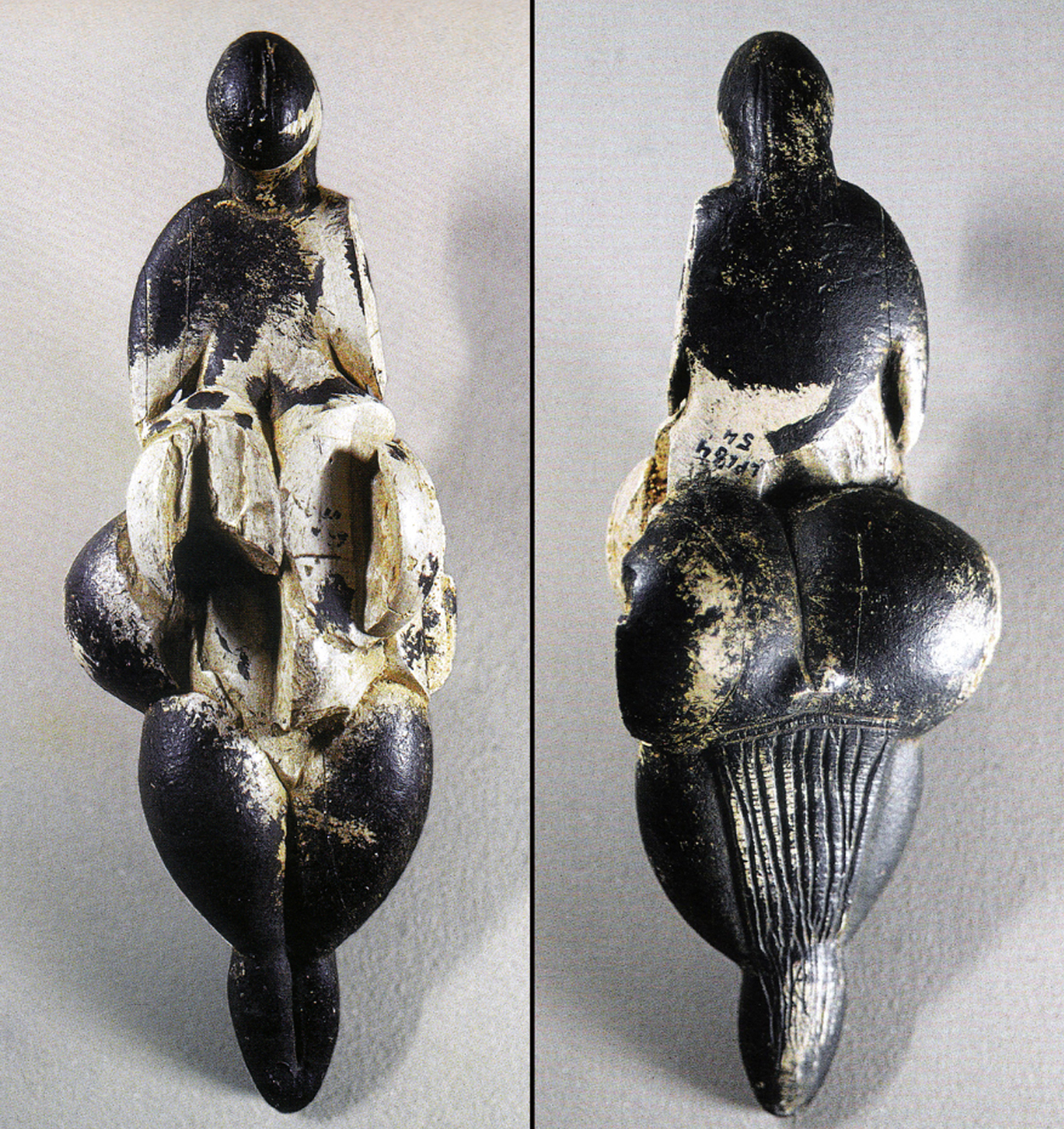 Despite over a century of research, there is no real consensus on why our Palaeolithic ancestors created representational sculptures of the human body, in particular the female form, and what functions the images served.

A common feature of the figurines is their stylisation. Why was this artistic stylisation so geographically widespread?

Was that a cultural dispersion, rather than independent invention? Were they avatars of social networks stretching across Europe? 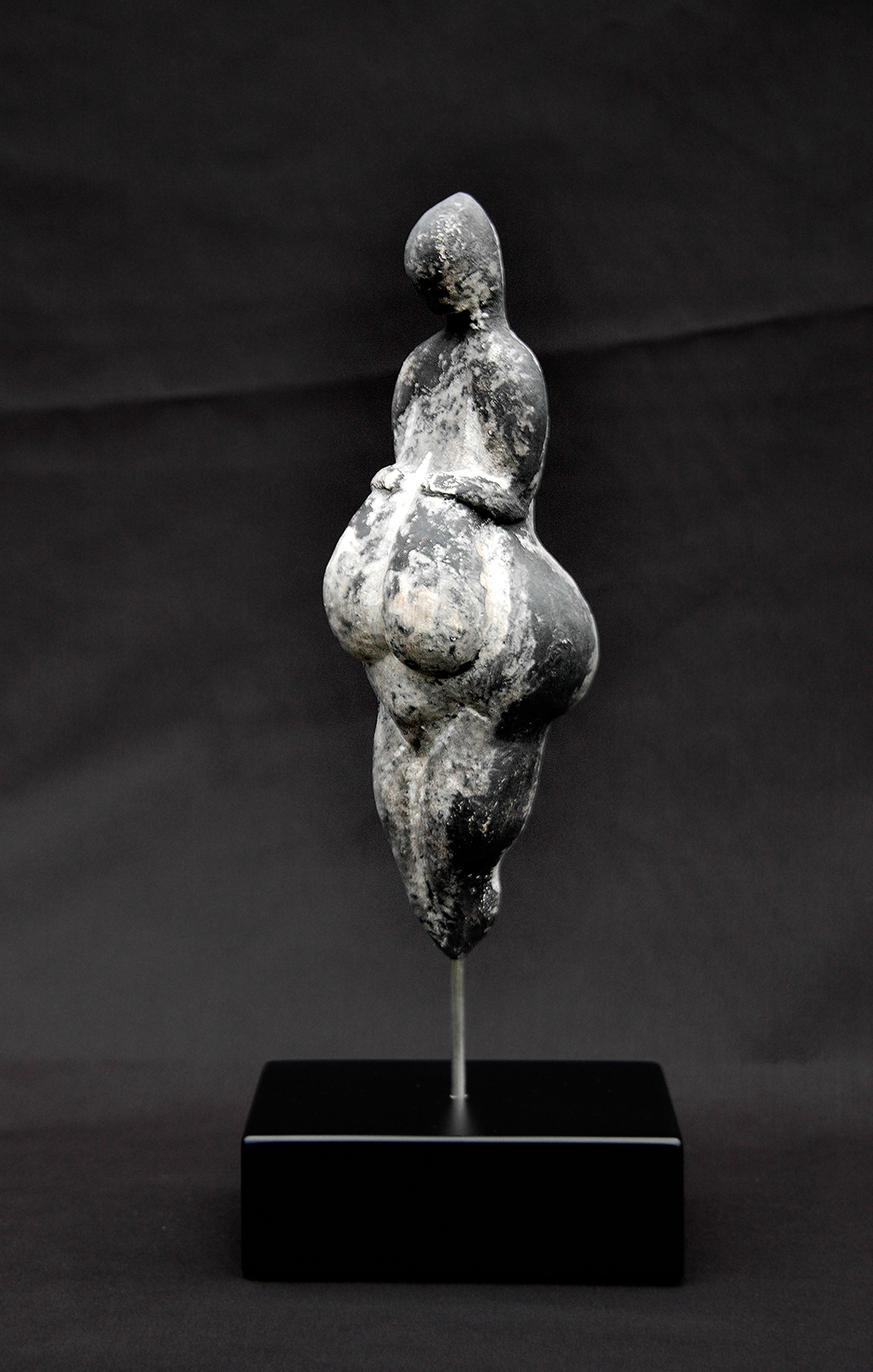 What did the female figurines symbolise?

Was it a representation of 'self'?

The first feminine perspective of ‘self’; a self-viewing perspective, physically looking down upon one’s body.

The characteristics of the Lespugue figurine have been interpreted as indicative of pregnancy by those who wish to see the sculpture as a realistic representation. Was it a sculpture made by a mother to be given to daughter? When your body begins to look like this, ‘amazing’ things will happen. Women expressing their rites of passage through life.

Or perhaps we should not only be looking for realism; this may be an intellectual image in which the mind’s eye has emphasised the meaningful aspects of this woman’s body. It may be a reflection on the origins and nourishment of life rather than simply the female form.

Another possibility; it represented the physical concerns of women; women's control over their reproductive lives. It may have been an obstetric awareness. To overcome an evolutionary bottleneck for anatomically modern humans during the Upper Palaeolithic, women with larger hips had a much greater chance of survival.

Click here for The Art of the Ice Age