An article by James Gorman on nytimes.com - Ancient Rock Art in the Plains of India - reports on two amateur sleuths who have uncovered a collection of rock carvings on the Indian coastal plain south of Mumbai. 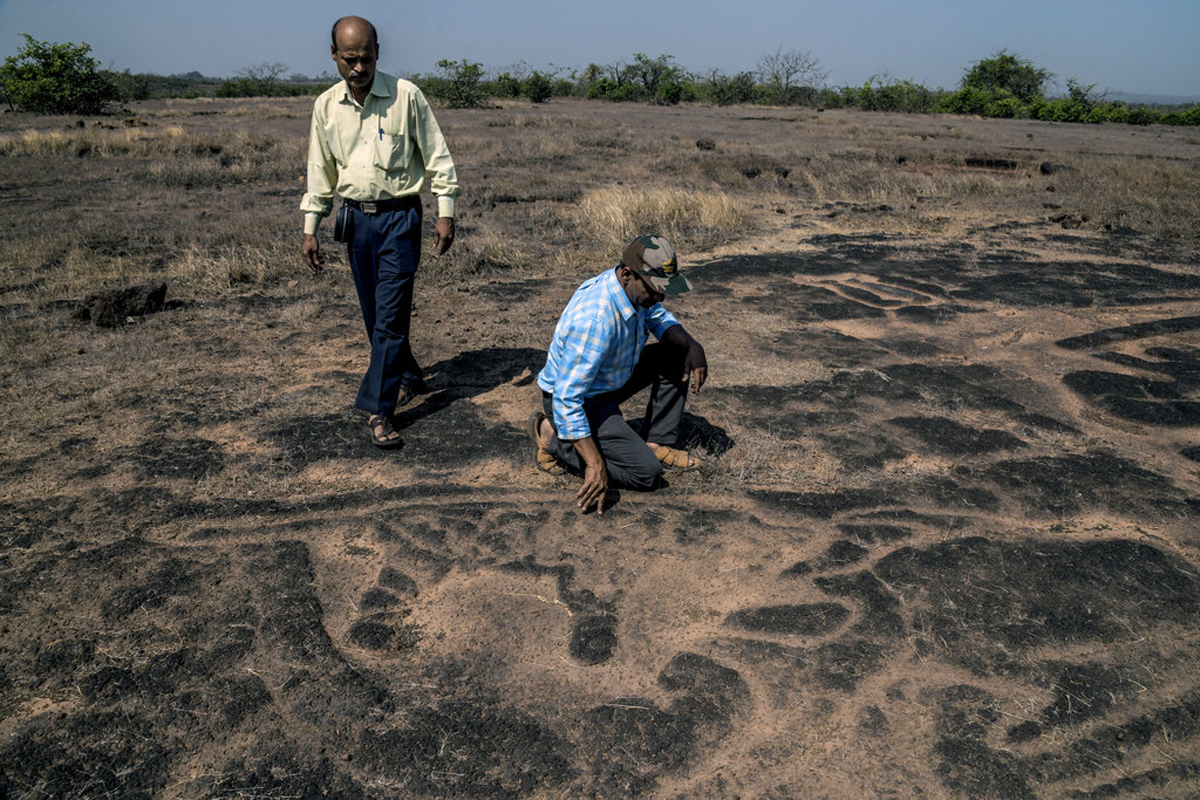 Sudhir Risbud, left, and Dhananjay Marathe at one of the many rock carvings sites. Image: Atul Loke for The New York Times.

The carvings, on a stony hilltop a day's drive south of Mumbai, are roughly 1,200 in number. Sudhir Risbud and Dhananjay Marathe, engineers and dedicated naturalists, have uncovered the rock art since they set out on a quest in 2012. The two men are part of a long tradition of amateur archaeologists, according to Dr. Tejas Garge, head of the Directorate of Archaeology and Museums for the state of Maharashtra, and the petroglyphs they have uncovered amount to a trove of international significance.

Dr. Garge estimates the oldest of the carvings are between 10,000 and 40,000 years old, but emphasizes that dating such rock art imprecise, especially at this early stage of research. 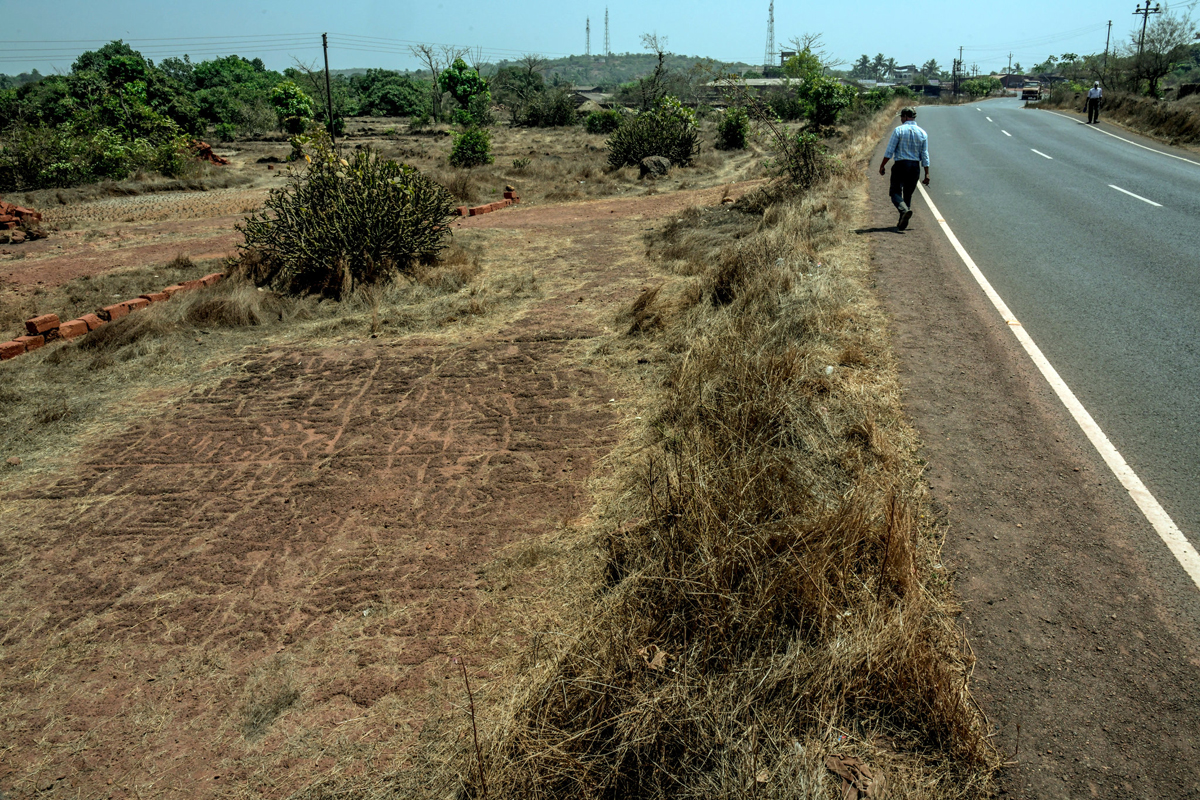 The rock carvings are unusual - but not unprecedented - because they have been carved directly into the exposed bedrock. Some of the images appear to relate to a life of hunting and gathering - deer, fish, turtles. Others depict animals of great power such as tigers and elephants. The human figures probably depict fertility. Some of the carvings are abstract. The style of carving is realistic for the animals, and more stylized for humans. Most of the animals, including elephants, are life-size. One site with multiple carvings - according to Dr. Garge - is the largest in South Asia. 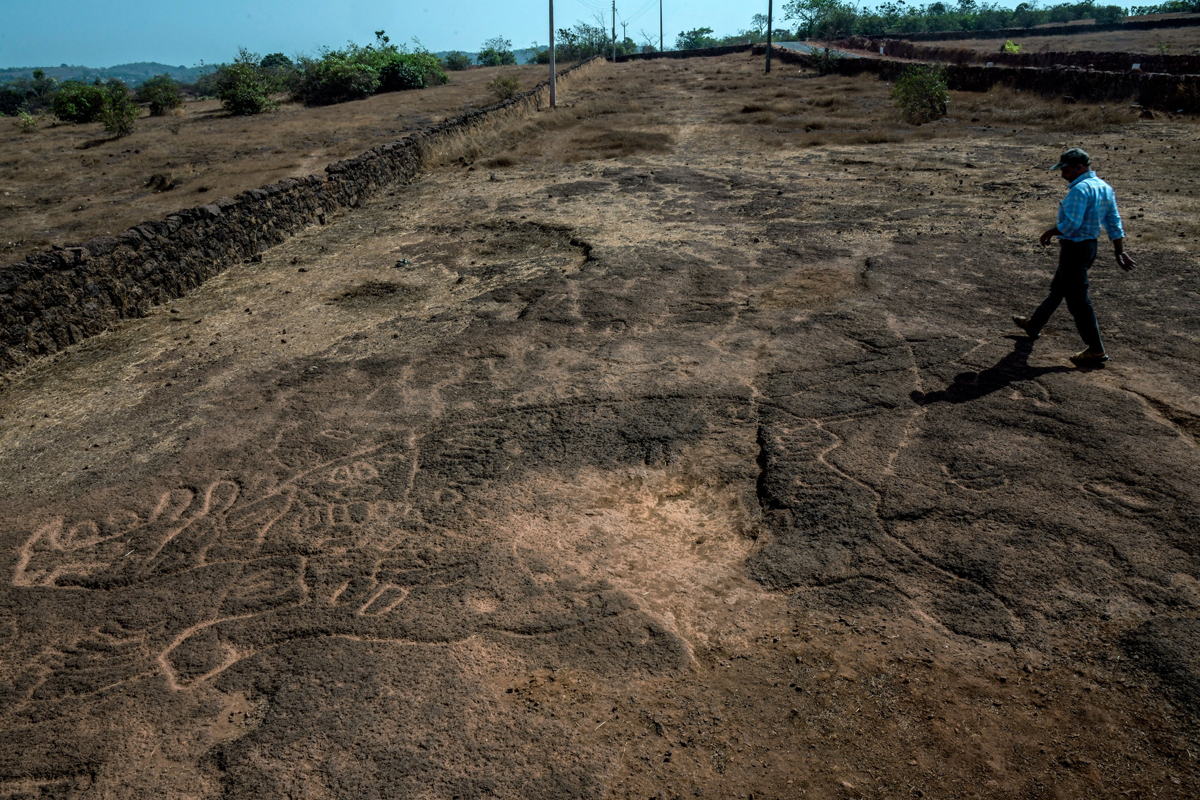 The discovery so far has not received a great deal of academic attention, but Jean Clottes, an expert on cave art and the editor of the International Newsletter on Rock Art, explained how important the rock art is. Meenakshi Dubey-Pathak, a rock art researcher and artist who has published extensively on Indian rock art said the carvings share imagery with other Indian rock art and rock art worldwide, also emphasized that the carvings were not art for art's sake; they clearly had meaning and purpose. 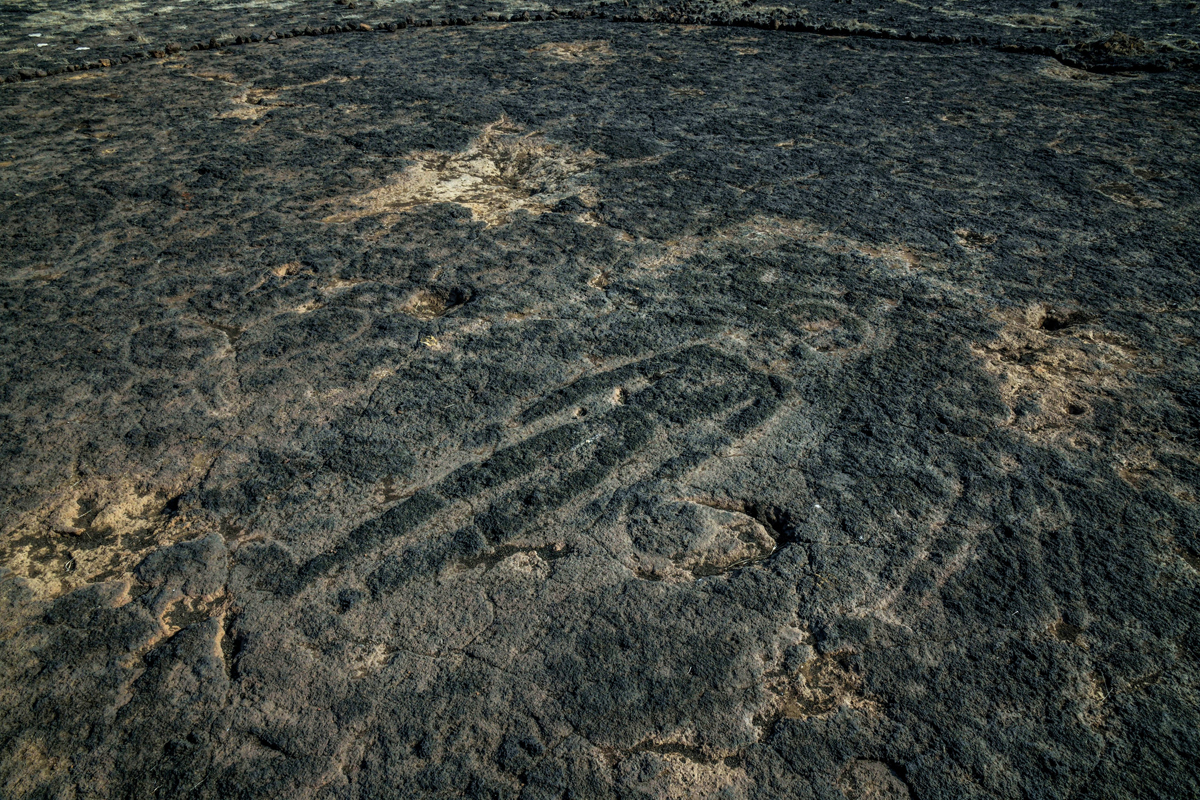 Tourists have been visiting the sites, but the remote location and minimal publicity have restricted numbers. Eventually, Dr. Garge would hope to make the sites a source of income to local residents, and is currently working on a pilot project for 15 sites to provide elevated viewing areas. 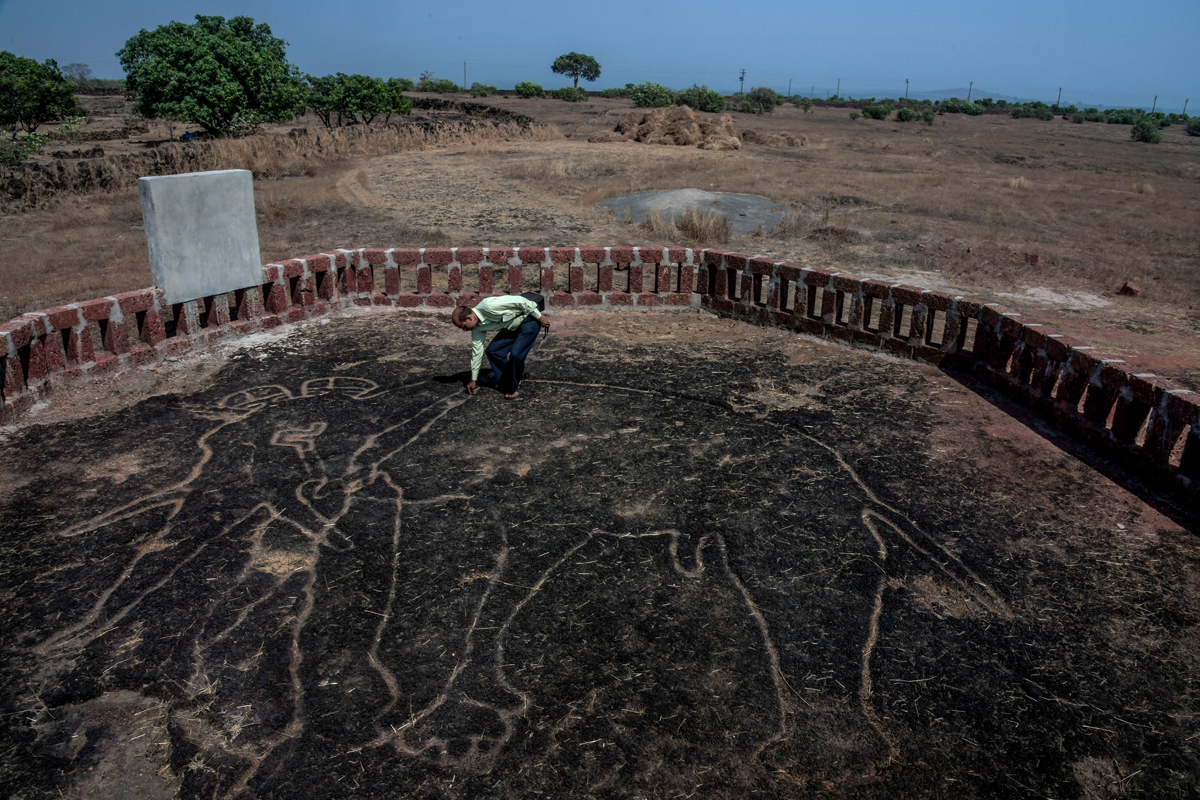 Further research and documentation is planned with the use of drone photography, photographic mapping and three-dimensional laser scans. Researchers will also be looking for shelter sites in close proximity to the petroglyphs.