An article by Louis Sahagún on latimes.com - Caltech says it regrets drilling holes in sacred Native American petroglyph site - reports from Bishop, California on recent unauthorised activity in the Volcanic Tablelands at Fish Slough, a National Natural Landmark on the eastern edge of the tablelands, with numerous vivid petroglyphs. 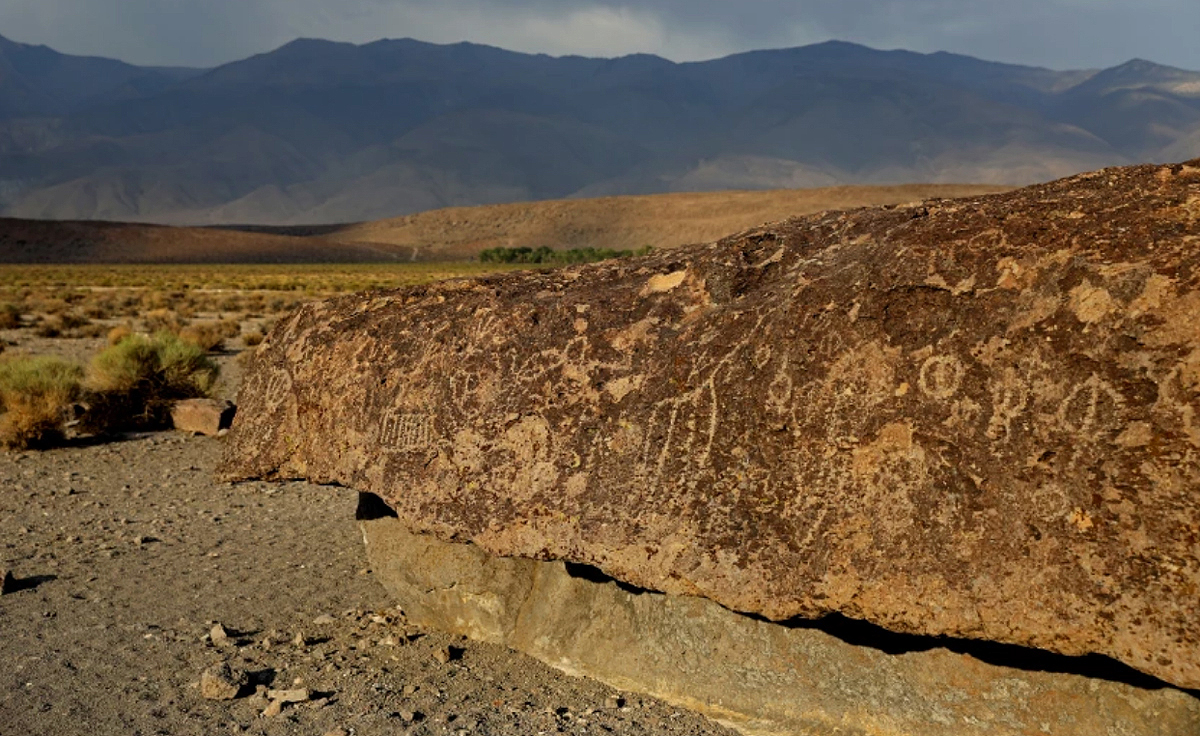 Federal Ranger Chris Mason was alerted to news of people seen lugging bags of heavy equipment into the protected site containing prehistoric rock carvings. This area has also been subject to looting for the illegal antiquities market. In this case the activity involved a faculty member and students from Caltech, the prestigious private research university in Pasadena known for its strength in science and engineering, and for managing NASA’s Jet Propulsion Laboratory. Joseph Kirschvink, a professor of geoscience, had used a portable pneumatic drill to extract core samples for paleomagnetic studies, officials said. He drilled into rock face roughly three feet from a petroglyph and left the site riddled with 29 1-inch diameter holes marked with blue paint.

Kirschvink was not authorized to conduct research in the area designated to be of critical concern in California’s eastern Sierra Nevada, and that was the reason he and Caltech came under investigation for violating the Archeological Resources Protection Act. The site, near Bishop, is administered by the U.S. Bureau of Land Management. The expansive petroglyph site is one of the oldest recorded in the West and easily accessible by road. A placard at a popular viewing site roughly one mile north of where the damage occurred warns visitors that “no person may excavate, remove, damage or otherwise deface any archeological resource.” 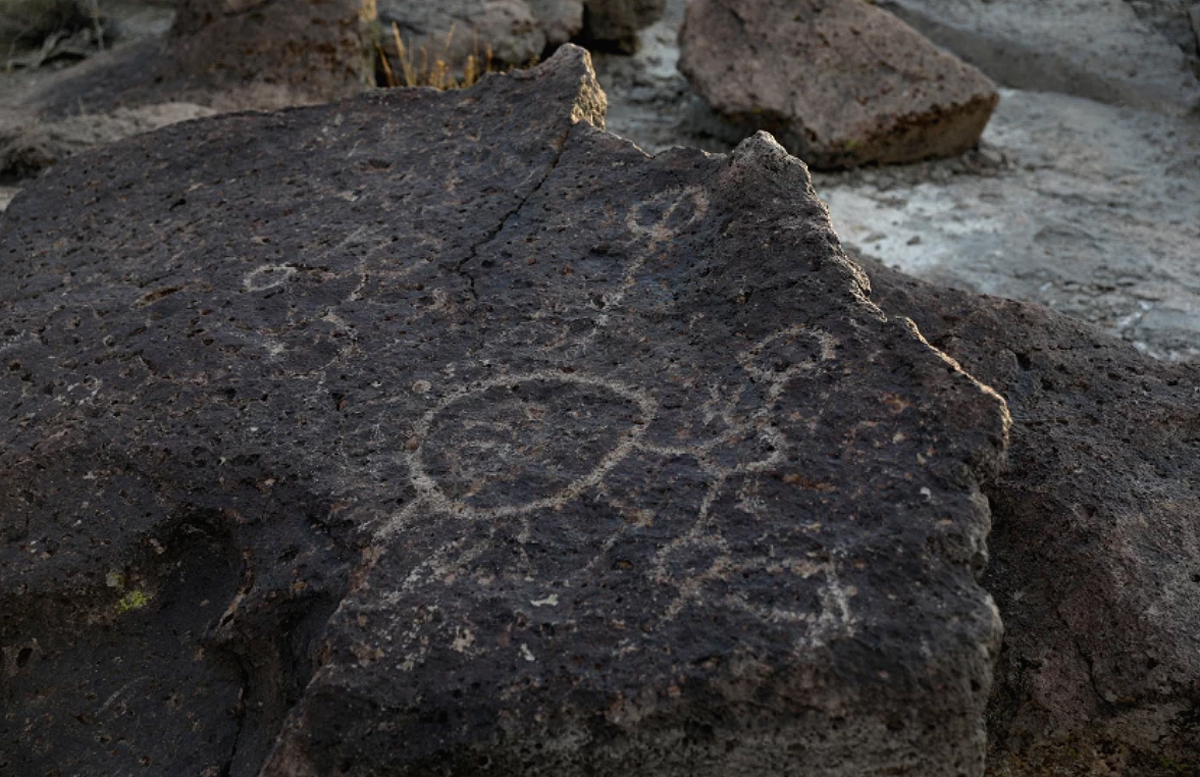 It took four years to resolve the case due to delays caused by the pandemic, and the strict requirements and complexities of the agency’s forensic protocol and damage assessment procedures, officials said. Native Americans, archeologists and federal land managers have long complained that unlawful removal and destruction of artifacts and sacred sites destroy priceless cultural connections, along with scientific data that allow a better understanding of the earliest inhabitants of North America.

Unauthorized drilling of core samples by a Caltech professor left dozens of 1-inch-diameter holes at the petroglyph site in the Volcanic Tablelands.(David Lee)

“Those formations and the prayers etched into them so many thousands of years ago belong to the public,” said Kathy Jefferson Bancroft, tribal historic preservation officer for the Lone Pine Paiute-Shoshone Reservation. “They are not sources of raw material for unpermitted academic studies.” 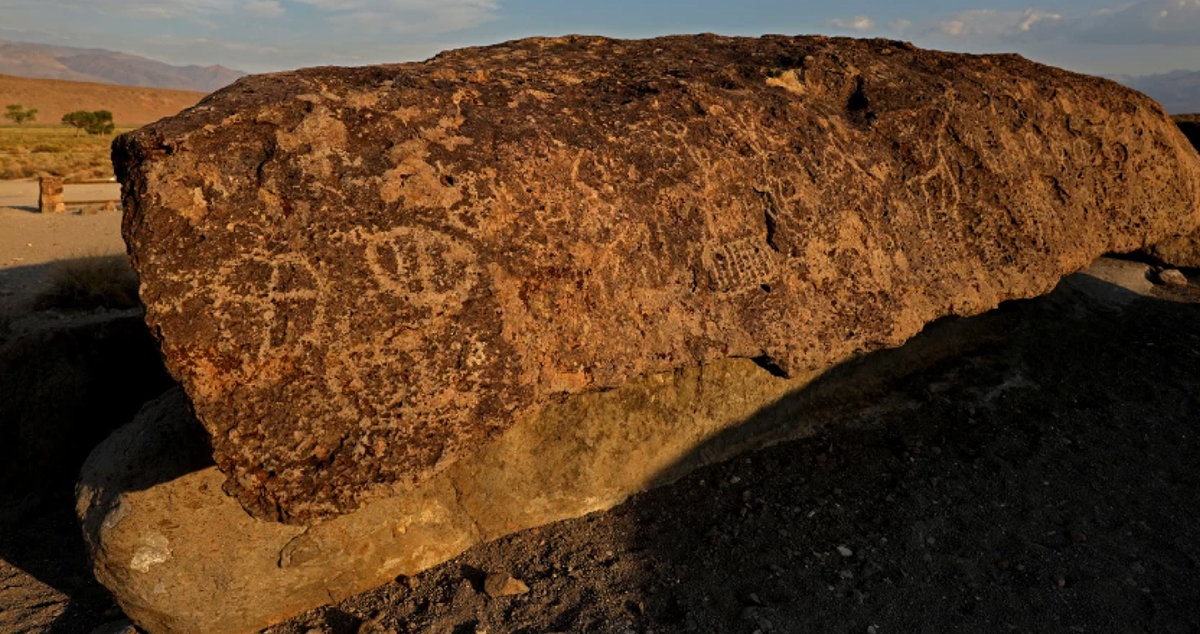 For Native Americans, the geometric shapes, animals and human figures etched by their ancestors into the rocks at the Fish Slough Petroglyphs site are part of a living spiritual world.(Gary Coronado / Los Angeles Times)

Caltech in June agreed to pay $25,465 to the Department of the Interior to cover the costs of repairing damage from the drilling, which the Bureau of Land Management concluded was “inadvertent.” Under the terms of the agreement, it also promised “meaningful academic and educational outreach about the importance of obtaining appropriate federal permits before conducting research on public lands.”

In a statement, Caltech said, “While this was an isolated incident that took place more than four years ago, we deeply regret the damage caused to public lands, especially in light of this area’s sacred meaning to local tribal groups.”

“Going forward,” it added, “Caltech will conduct academic and educational outreach to promote fuller understanding, appreciation, and respect for the importance of clear authorization before undertaking research with the potential to affect geological or archeological resources in any way — both within our community and the broader geosciences field.”