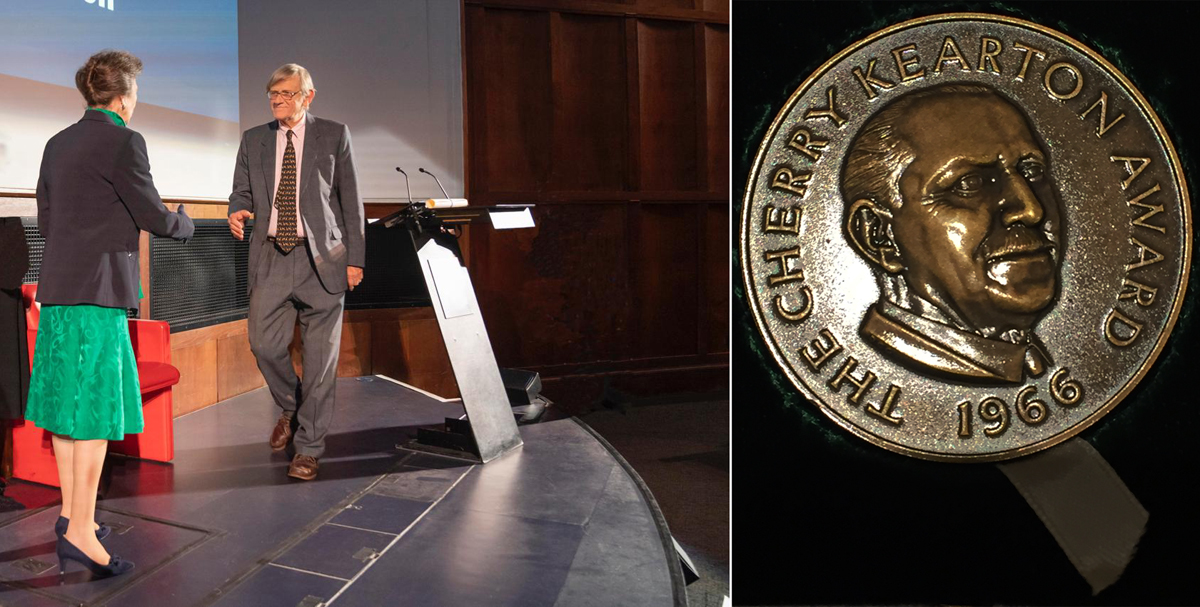 David Coulson of TARA was awarded the Cherry Kearton Medal by the Royal Geographical Society, presented by HRH Princess Anne in London.

Since International Photographer David Coulson and Paleontologist Mary Leakey founded the Trust for African Rock Art (TARA) in the early 1990's, TARA has documented rock art in over 23 African countries, including in some of the Sahara’ remotest regions. One of TARA’s most important projects which attracted international attention was recording two 7,000 year old life-size giraffe carvings in northern Niger, in conjunction with Dr. Jean Clottes and the Bradshaw Foundation; the carvings were described as one of the world's greatest pieces of prehistoric art. The importance of TARA’s work was officially recognized by African giants such as Nelson Mandela and Kofi Annan and in 2012 the British Museum acquired 30,000 of TARA’s images in perpetuity as part of their world wide online collections. On December 1st David was awarded the Cherry Kearton Medal; a lifetime achievement award for his unparalleled work in documenting Africa's rock art by the Royal Geographical Society. This was presented to David in person by HRH Princess Anne at the RGS in London.

David Coulson is a member of the Rock Art Network.