An article on CNN by Michael Govan, director and CEO of the Los Angeles County Museum of Art (LACMA) - Is art for pleasure or politics? - reports on the recently chaired Intelligence Squared discussion with four contemporary artists on this topic. 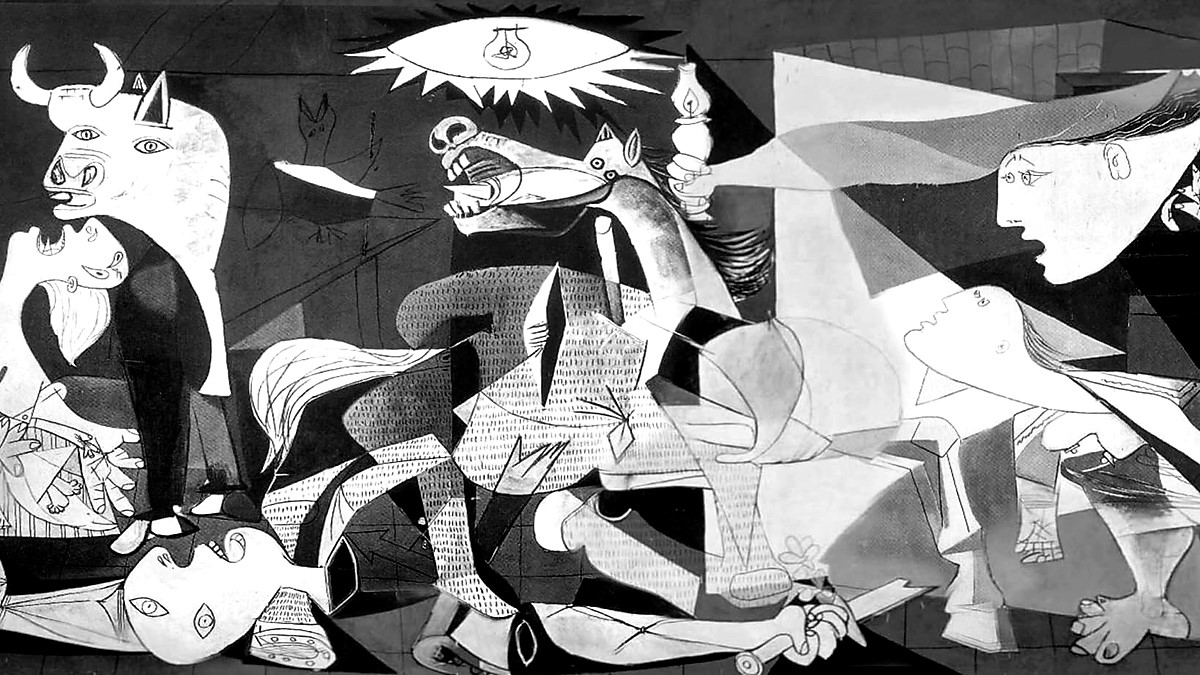 Henri Matisse famously declared that he dreamed of an art "devoid of troubling or depressing subject matter ... a soothing, calming influence on the mind, rather like a good armchair." His close friend Picasso, who more often indulged the darker sides of human emotion, wasn't especially political in his art either.

Nonetheless, in the mid-1930s, during an urgent rush of creativity, the latter painted a dramatic mural-sized protest over the bombing of Guernica in the direct black and white tones of a newspaper. The political directness of his 'Guernica' may have been inspired by the revolutionary attitude of his Mexican friend Diego Rivera, or the politically charged paintings of his historical compatriot Francisco Goya's famous series, 'Disasters of War.'

The painting is an obvious example of how aesthetics and protest are not mutually exclusive. Picasso showed that painter and painting could be both.

The art world has always debated where it falls on the spectrum between pleasure and politics. Do we really want art to challenge us with the conflicts and threats we find in the news every day?

If it does so, contemporary political art risks preaching to an audience comprised of a small, well-educated liberal elite that is already aligned with its message. Arguably, this art will then become complicit in feeding on the same market and power structures whose hands it bites.

Is it unfortunate that a few high-profile transgressive images can spoil a government's appetite for art that might be described as simply beautiful, inspiring or educational? Maybe. Or maybe not. Are Ai Weiwei's artistic provocations a threat - or more like a Socratic gadfly nibbling at the state to rouse it into becoming its better self?

Consider also, however, that the pursuit of pure beauty can be more political than we think. Artists are always citizens of somewhere. They are also human, and thus carry the same responsibility that most of our politics, religions and philosophies suggest: that we should improve, not diminish, our lives and the world we inhabit.

Editor's Note:
This well-written article covers a fascinating debate, a debate that every artist will have considered to some degree. However, it doesn't apply just to historical and contemporary art, but also to the art of prehistory - pleasure or politics? Graphic storytelling to admire, to warn, to respect....

To read the full article:
Is art for pleasure or politics?