The author begins the story of Lewis and Harris by setting the prehistoric timeline. Around 5000BC the peoples of the Mesolithic began to appear on the western coasts of Scotland. By about 3000BC Neolithic people had become more settled, to become the first farmers. 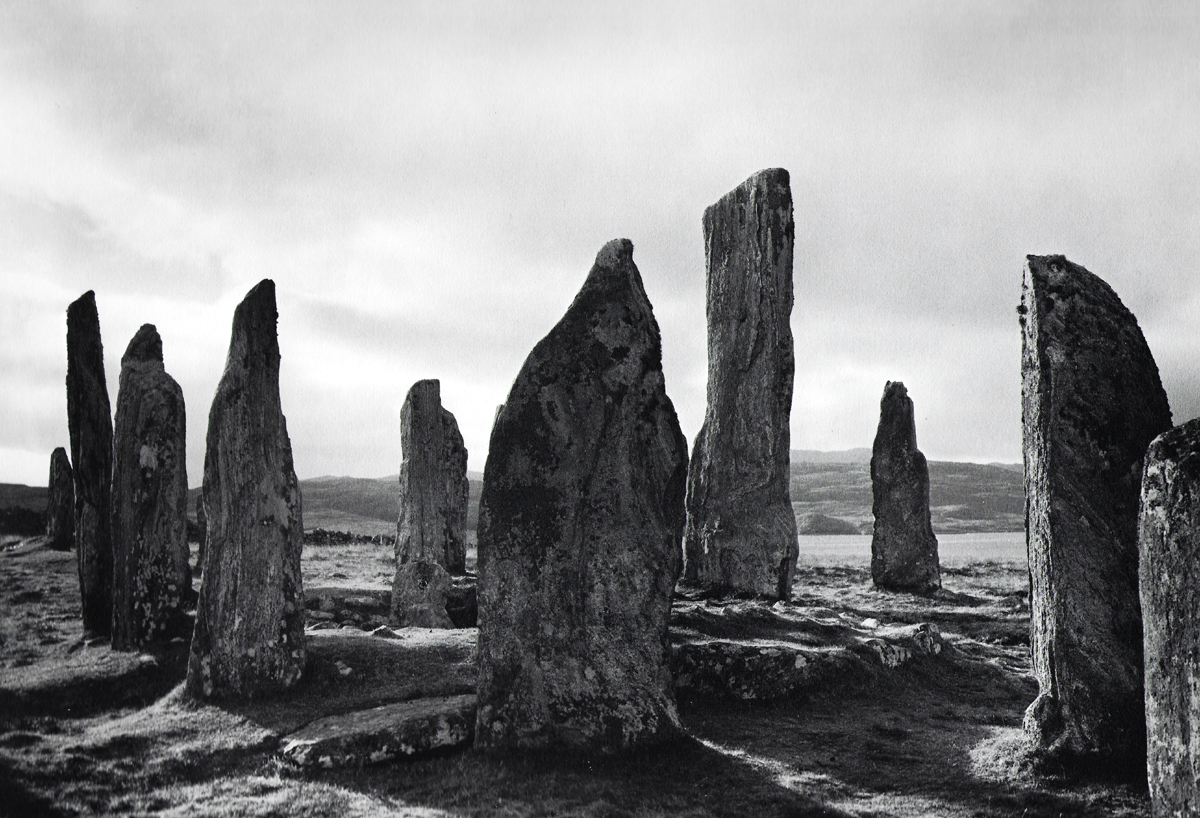 'There can be little doubt that these early settlers were possessed of intelligence which recognised the need for the integration of the family units into a larger community group, which would require symbols for their identification. Familial ancestral knowledge and wisdom were combined to form a community resource on which future generations could rely to ensure their continuing survival. Deeply embedded in this resource was a sense of time and place.

'Time was, of course, marked by the changing seasons. The greening of spring grew out of the dormant, often dead, grip of winter, to push open the months of summer, to give encouragement to life and summer's fertile promise of continuity. Autumn fulfilled that promise, particularly if the natural world had been appeased by ritual and ceremony. A good harvest then ensured that winter's defeat of the sun was only temporary and that the year's turning would remian intact and unbroken.

'As secular and spiritual knowledge became more sophisticated in their demands for elaborate and correct observance, and as the community became more structured with the introduction of social strata, there came a need for marking the physical environment. The face of the earth had already been altered by the need to grow cereals, the need to clear land for grazing cattle and for human shelter. The community itself now required more than a mere intangible love of the place. That place had to be marked by a monument which would serve to link the community to its very own locus.'