Discovery provides evidence of  5000-year-old writing in the rock art at Peru's Checta petroglyphs, as archaeologists find common patterns in the ancient carvings. 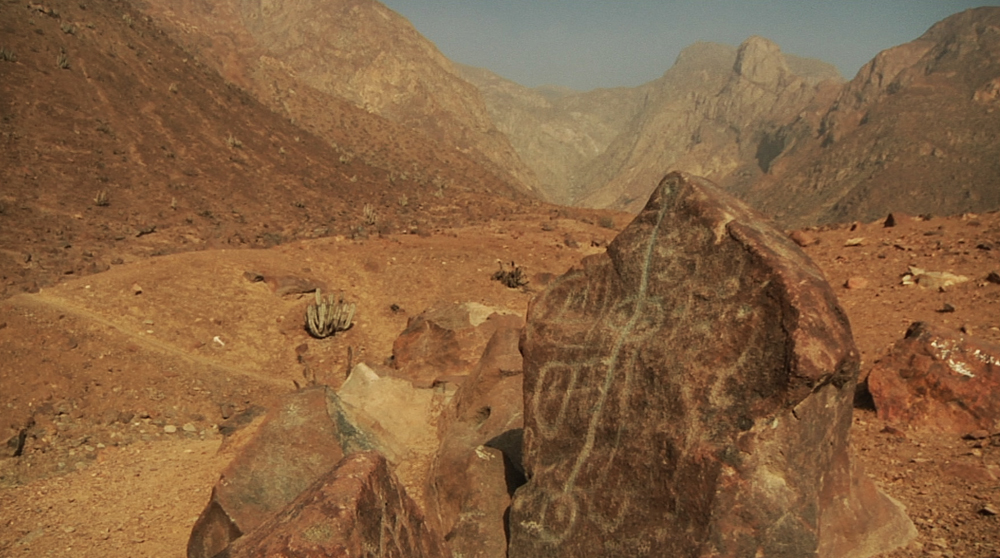 A news article by Oscar Paz Camusano in El Comercio reports that there is increasing evidence that writing existed 5,000 years ago in ancient Peru, and the society that inhabited this part of the world developed a form of picture writing, not unlike that of the Sumerians and Egyptians at roughly this time. The first clues of this phenomenon have been found in Checta, a petroglyph site that was discovered in 1925 by the priest Pedro Villar Cordova. This archaeological site is located in the Chillon River Valley, in the district of Santa Rosa de Quives, in the province of Canta, a three-hour car journey from Lima city. 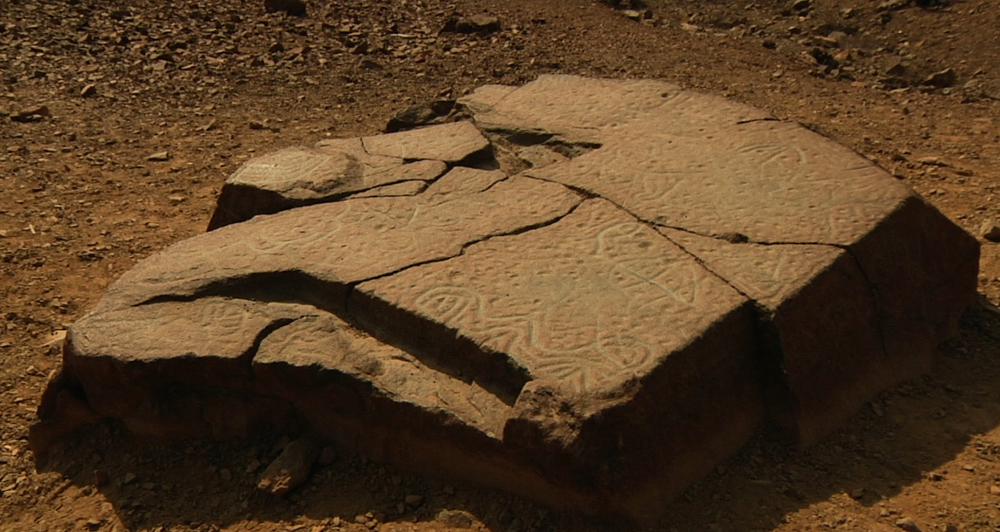 Over 500 quilcas - an ancient Quechua term for petroglyphs - located near Alcaparrosa Ravine at Peru's Checta, depict images or motifs that correspond to four different cultural periods in time. However, archaeologist Gori-Tumi Echevarria, president of the Peruvian Association of Rock Art (APAR), believes the motifs of the second phase raise several questions.

Echevarria attempted to identify each motif in order to establish a common pattern among the petroglyphs. The analysis revealed that the dotted circles, lines, and wavy lines, spirals and other motifs were repeated. This same pattern in the petroglyphs appeared throughout the valleys from Supe to Lurin. He believes this cognitive phenomenon - writing - lasted for about 2,000 years, sufficient time for the development and consolidation of a complex ideographic writing system, one that is linked to ancient traditions of the Amazon. To decipher the codes involves an understanding of the ancient knowledge of Amazonian people such as Yaneshas.

The coordinator of the International Federation of Rock Art Organizations, Australian Robert Bednarik, who has studied the origins of writing in India and other parts in the world, told EL COMERCIO that there may well be writing in Checta, and that the information of Checta is vital for understanding the origin of writing in South America. Daniel Morales, an archaeologist at the Universidad Nacional Mayor de San Marcos (UNMSM), agrees that the first step is to further analyse the motifs, and then try to decipher them. The true meaning for now remains with the ancestors, and this writing may well have disappeared 3,000 years ago  with the expansion of Chavin Culture, which imposed its iconographic language based on the feline cult.

This significant discovery sadly coincides with thwarted efforts to preserve the rock art of Checta. The archaeological region has been designated as a 'National Cultural Heritage' site, yet new roads to a mine have recently appeared as well as low-cost housing. Some of the rock art motifs have been vandalised, causing irreversible damage. Photographer Martin Barco has reported the situation to the Ministry of Culture and the Peruvian Congress, but there has been very little response to his recommendations for the preservation of the Checta site.