An article from Rock Art Australia on rockartaustralia.org.au announces the new stamps released by Australia Post this month featuring rock paintings connected to the Wanjina Wunggurr community based in the Kimberley region of Western Australia, recognised as some of the world’s oldest surviving art practices. 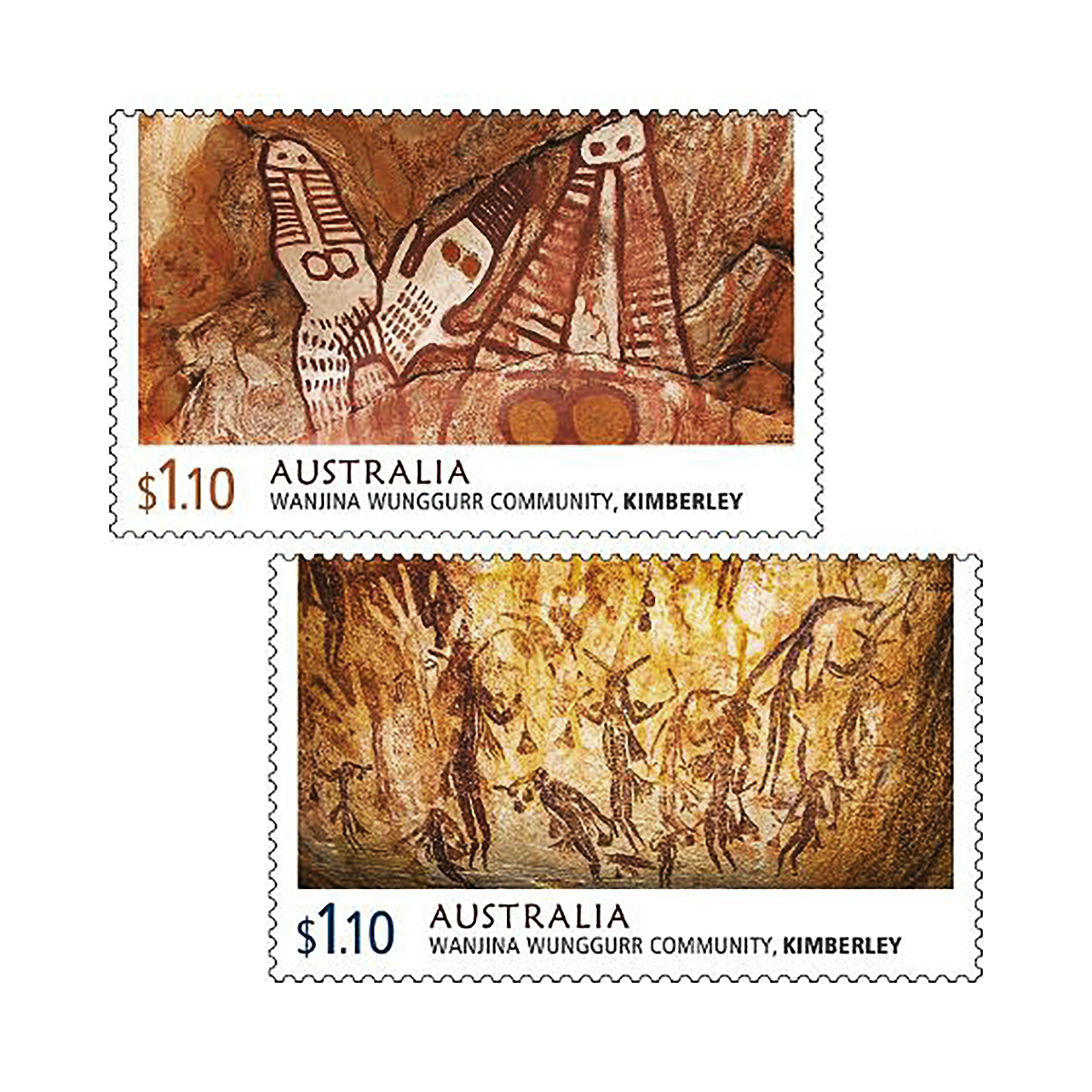 New stamps released by Australia Post this month featuring rock paintings connected to the Wanjina Wunggurr community based in the Kimberley region of Western Australia.

Rock Art Australia congratulates the Wunambal Gaambera and Wilinggin communities who worked with Australia Post to give all Australians the opportunity to see some of the world’s most historic artworks.

“We are delighted that Australia Post has featured stamps representative of the Northern Kimberley language and cultural groups of the Wanjina Wunggurr community,” said CEO Cas Bennetto.

Aboriginal peoples created storytelling through thousands of engravings, paintings and markings in rock shelters and surfaces across Australia. It speaks to the lands they occupied for 60,000 years, and these stamps highlight some of the rich history of Indigenous peoples across our nation.

The Kimberley region of Western Australia is one of the world’s richest rock art sites, a dynamic cultural landscape situated within steep mountain ranges, sandstone and limestone gorges, waterfalls, and a rugged coastline that gives way to islands and coral reefs.

Click here to see rock art of the Kimberley