An article by Cherie Beach on abc.net.au - Arnhem Land art 'detectives' helping discover who painted these priceless works - reports on new insights from Indigenous Australians - artists and cultural advisers - into the bark paintings from Arnhem Land in Australia.

More than a century after anthropologist Sir Baldwin Spencer collected bark paintings from Arnhem Land, research is underway to identify the artists who created the work. These are some of Australia's oldest and most prized bark paintings, and they have been held in a vault nearly 4,000 kilometres away in Melbourne. A group of artists and a cultural adviser from Arnhem Land have flown south to see the paintings in person for the first time. 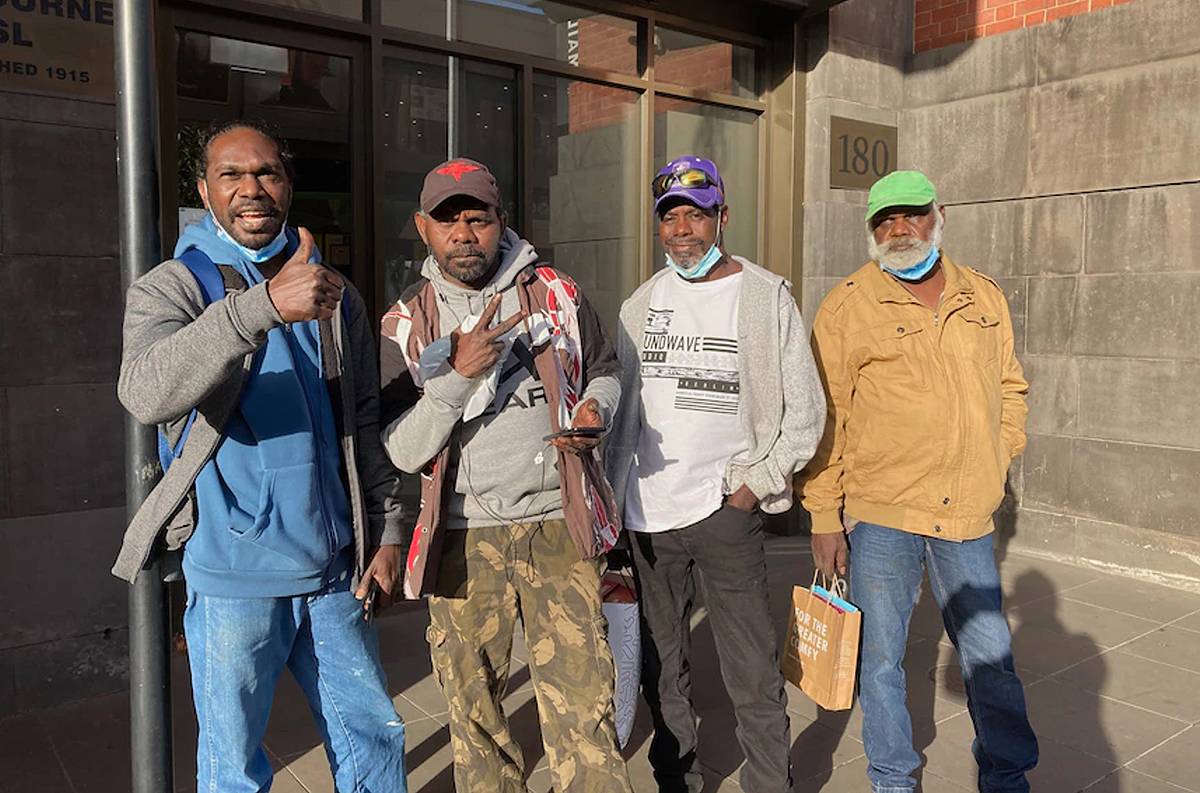 Artists and a cultural adviser from Arnhem Land have travelled to Melbourne to try and match works with artists. Image: Alex Ressel.

Back in 1912, Spencer acquired bark paintings in exchange for tobacco near Gunbalanya, then a mission known as Oenpelli, in western Arnhem Land. Over the next decade, he commissioned 120 more bark paintings for cash via his local contact, buffalo hunter Paddy Cahill. The paintings toured to national and international acclaim including Houston, Texas, in the US. 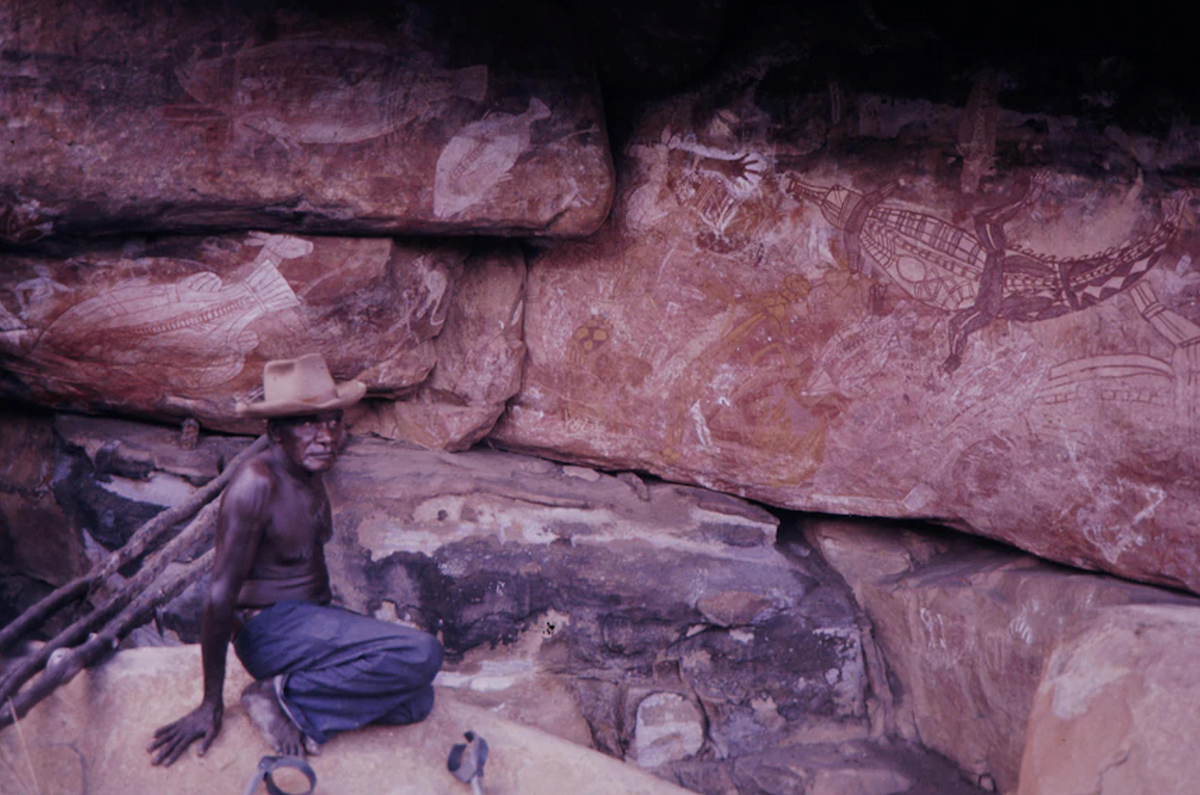 Photo of the artist Majumbu near Gunbalanya, Arnhem Land, taken in the 1970s. Image: Museum and Art Gallery NT/George Chaloupka.

But the artists responsible were never recognised. Now artists in Gunbalanya are working with researchers to name those who painted the irreplaceable 1912 -1922 barks, document their stories, and give descendants a say in what happens next.

The lead researcher working on the project is Associate Professor Sally K May. Oral histories, historical records, measurements of handprints and comparisons to rock art painted at the time are all part of the research. The paintings feature X-ray depictions of fish, kangaroos, echidnas and ancestral beings in a range of styles. She explains " are so unique and clearly there's a big story behind them. We are working with community to see what the story might be."

One story emerged in Melbourne last month when cultural adviser Kenneth Mangiru saw a three-metre bark of a kinga (Kunwinku word for crocodile). He instantly recognised the work of his great-grandfather Majumbu. "My great-grandfather – my mother's father's grandfather – he did a crocodile painting, on rock art, and he did it on bark, a big one," he said.

Professor Joakim Goldhahn, another researcher working on the project, said an identical image was painted on rock half a day's walk from Gunbalanya at the same time as the bark. "We can see his family in the art, the handprints of his youngest sons, about four and eight years old. We are working with a family portrait almost," Professor Goldhahn said.

As research continues, a first-hand account has surfaced from one of the artists commissioned by Spencer in 1912, Paddy Compass Namadbara. It was discovered in the archives of art collector Lance Bennett, after parts of a book he wrote for an exhibition in Japan were translated back into English. "He's the only one — by his own voice — who tells us his experience, in his own words and memories, from the Aboriginal perspective," Professor Goldhahn said.

The artists would like to take the priceless barks home, but there are no plans to do so. "The works are very friable. When the ochre is painted onto rocks it almost tattoos under the surface: When it's on bark, it sits on the top," researcher and PhD student Alex Ressel said. While adhesives are used in today's art, a mix of sap, kangaroo blood and saliva were used in 1912 to bind ochre and clay.

Among the Melbourne visitors last month, artist Shaun Namarnyilk spoke of a strong connection to the work. He saw variations in the thickness of cross-hatching of the crocodile bark as evidence Majumbu was mentoring a younger artist — a practice that continued today.