Weapons and Tools in Rock Art: A World Perspective 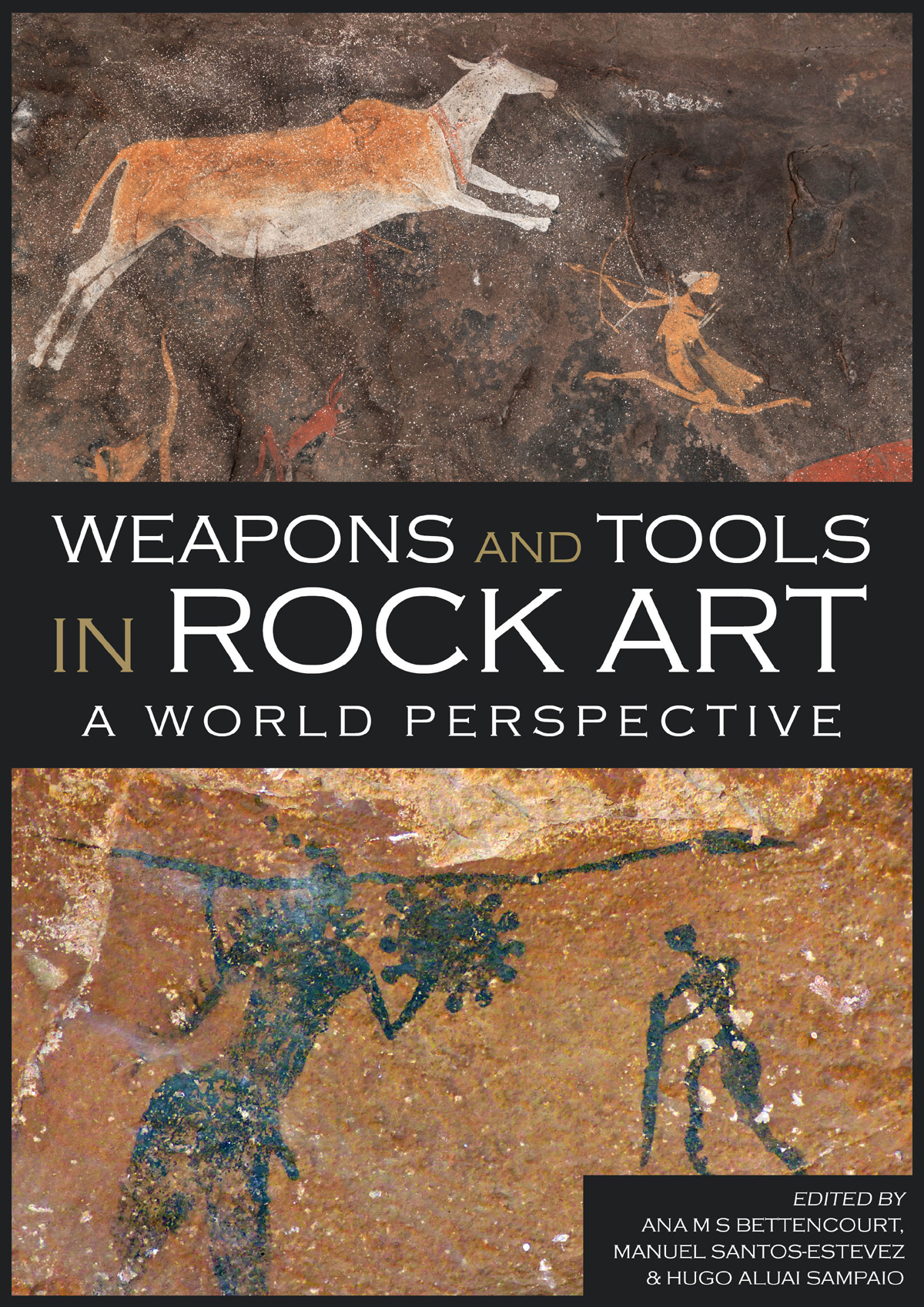 Weapons and Tools in Rock Art: A World Perspective

Weapons and tools are frequently found depicted in rock art in many parts of the globe and different periods and in varying social contexts. This collection of papers by leading rock art specialists examines the subjective and metaphorical value of weapons and tools in art, the actions that created them, and their contexts. It also takes into account that such representations incorporate and transmit some kind of understanding about the world and the relationship between objects and humans. Contributors analyse objects and weapons as status symbols, as evidences of cultural contacts, as ideological devices, etc. Divided into regional sections which, for once, do not focus on Scandinavia, chapters deal with the representations of weapons and certain kinds of tools (such as axes and sickles) in different prehistoric, protohistoric and traditional community contexts all over the world. Attention focuses on rock art, but also looks at stelae and statue-menhirs, as well as other kinds of 'container' or vehicle for this kind of depiction.

The major concern is to discuss the possible meanings of these embodied signs in different areas and periods, since meanings are permeable both to time and space. Papers either centre their attention in broader approaches based on a specific area, region or people, or focus on particular case studies.

As the editors point out, this book is the result of the 20th International Rock Art Congress - IFRAO 2018, entitled 'Representations of Weapons & Tools in Prehistoric, Protohistoric & Traditional Communities: an Approach by Archaeology & Anthropology', held on 29th August 2018, in Darfo Boario Terme, Brescia, Lombardy, Italy. The session included presentations by researchers from different parts of the world: Australia, Greece, Israel, Portugal, Spain and South Africa. The book results from the presentations made and also invitations addressed to researchers from various parts of the world.

'Weapons and Tools in Rock Art: A World Perspective' clearly demonstrates the complex nature of rock art as well as confirming its relevance as a source to study and better understand past societies. Regarding the depiction of weapons and tools, the chapters throw light on the social structures of these past societies by analyzing human traits such as prestige, relationships and identity over different chronological periods and regions.

This publication presents robust research. It also presents a warning of the potential dangers as research continues. David S. Whitley explains in his chapter 'Ritual and symbolic significance of weapons in western North American rock art' that 'there were complexities of meaning that required careful analysis to apprehend. These complexities are compounded for prehistorians studying non-western cultures who held very different epistemological, metaphysical and ontological beliefs than our own.' The editors also remind us that 'it is impossible to generalise the meanings of these (weapons and tools) depictions, given their ambivalent character'; there is no one-size-fits-all interpretation for all prehistoric rock art.