The cave in which this skeleton was found (left) was earmarked for development as a water park. The skull was found crushed (right) but the archaeologists suspect this happened after Bessé' died. Images: University of Hasanuddin.

Curled up in the bottom of a shallow, oval-shaped pit, legs hugged to her chest, a young woman was laid to rest on the island of Sulawesi. Members of her hunter-gatherer culture, the Toaleans, filled in the grave, and there she remained undisturbed for more than 7,000 years — until she was unearthed by Indonesian archaeologists in 2015.

Nicknamed Bessé' after a south Sulawesi royal naming custom, she was found in a high-ceilinged limestone cavern named Leang Panninge, or "Bat Cave", and unveiled today in the journal Nature. Her skeleton provided the first ancient human DNA from what is considered the early migration gateway to Australia — and harboured tantalising signs of a Asian population we didn't know existed until now. 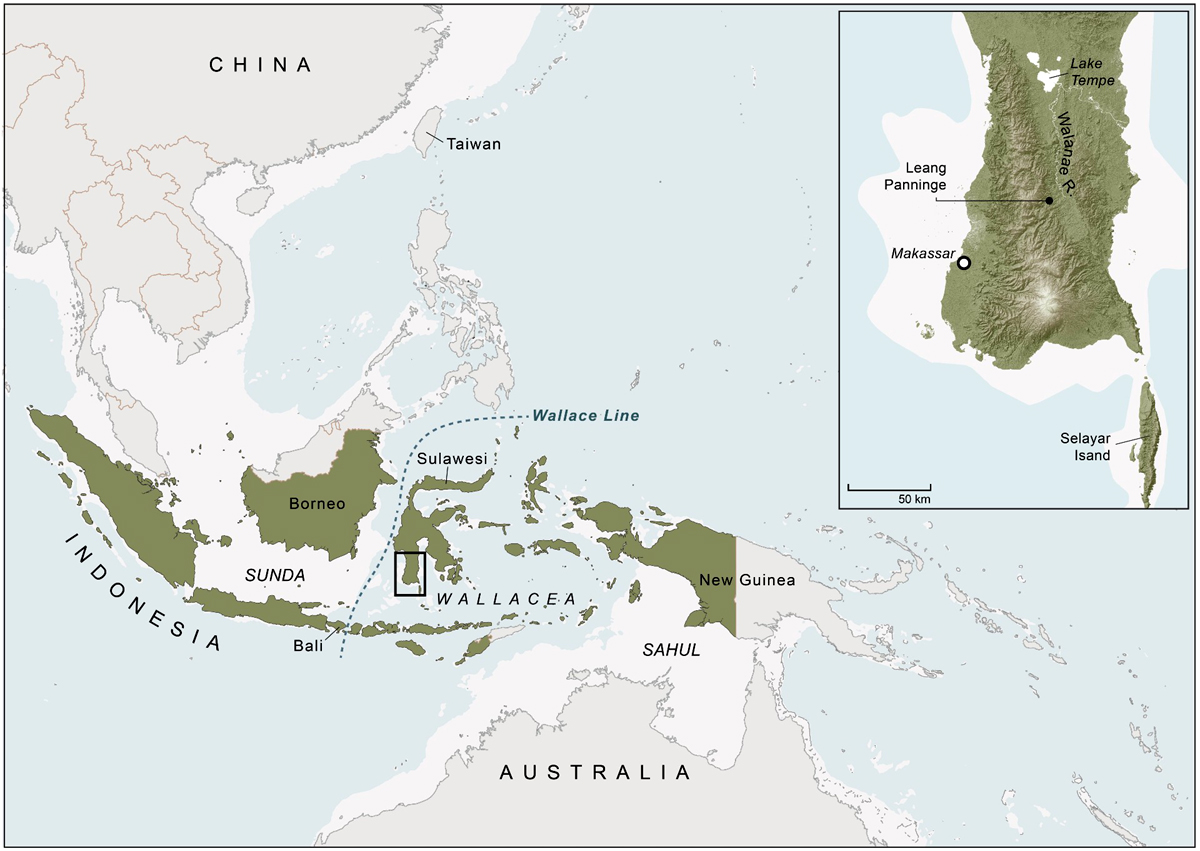 Leang Panninge is on the southern part of Sulawesi. Thousands of years ago, many of today's islands were connected by land. Image: Kim Newman

It appears this mysterious group made their way into southern Sulawesi after the first people arrived in Papua New Guinea and Australia, says archaeologist and study co-author Adam Brumm from Griffith University.

The earliest evidence for human occupation in what is now Australia is 65,000 years old, yet the picture of exactly when and how humans migrated over the millennia is still not clear. Most archaeologists are confident that the first inhabitants made their way through a series of South-East Asian islands collectively known as Wallacea.

Thousands of years ago, sea levels were far lower than they are today. This meant islands like Borneo, Sumatra and Java were connected by land, and Australia and Papua New Guinea were a single landmass called Sahul. It's thought humans could have reached Sahul in a few ways, says University of Adelaide evolutionary biologist Bastien Llamas, who was not involved with the study. For instance, one route extended from Java to Timor, then across the ocean to reach Sahul, while another winded its way from Sumatra to what is now the southern ends of Borneo and Sulawesi, then involved island-hopping to Sahul.

And archaeologists have found some signs of human inhabitants throughout the region from around the time they think humans migrated through South-East Asia. Professor Brumm and colleagues previously found paintings of pigs, in a cave not far from Leang Panninge, were at least 45,500 years old. Other signs of human occupation in Wallacea, such as stone tools, have been found dating back to around that time too.

The Toaleans were a more recent population. They lived a fairly secluded existence as hunter-gatherers in the southern Sulawesi forests from around 8,000 to 1,500 years ago, Professor Brumm said. Professor Brumm suspected a wave of migration went through Sulawesi, and some people stayed on while others kept going to eventually reach Sahul.

But the genome of Bessé' revealed she also descended from an as yet unknown population that originated in Asia — a population that may still have descendants today, but could also have died out. People who live in Sulawesi today mostly descend from Neolithic farmers who moved into the region from Taiwan about 3,500 years ago. None had ancestry resembling Bessé''s.

Click here for more on the cave art of Sulawesi