An article by BBC News Science correspondent Victoria Gill on bbc.co.uk - Ancient child grave was Africa's earliest funeral - reports on the discovery of the oldest known burial site in Africa, that of a child buried some 78,000 years ago.

The scientists have named the child Mtoto, which means 'the kid' in Swahili. Image: FERNANDO FUEYO

The Middle Stone Age grave, of a three-year-old child, was found in a cave in Kenya. In a paper in the journal Nature, the researchers who studied the fragile, ancient remains described how its head appeared to have been laid on a pillow. The scientists have named the child Mtoto, meaning "the kid" in Swahili. 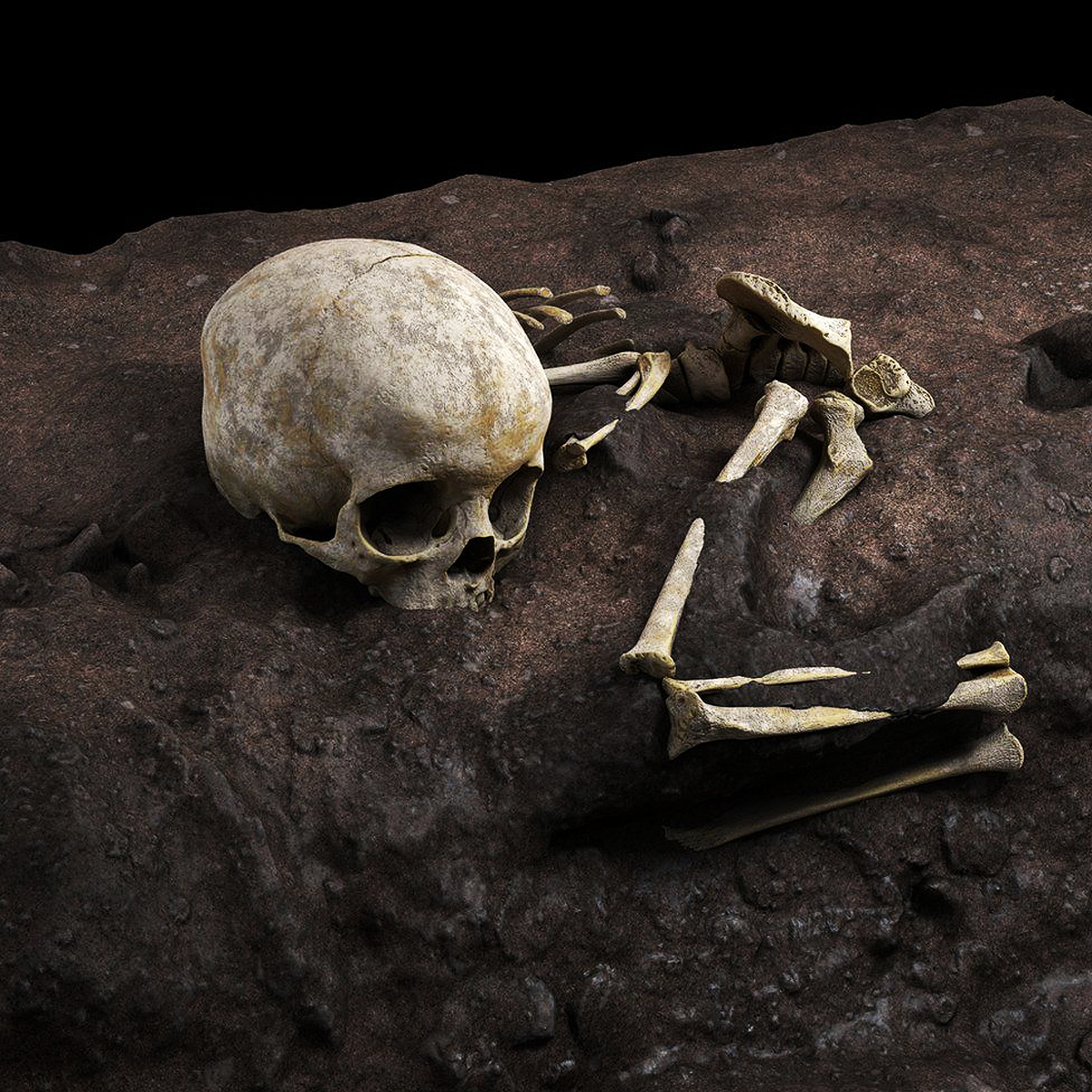 Researchers cast the whole grave site in plaster to preserve the arrangement of the bones. Image: JORGE GONZÁLEZ/ELENA SANTOS

The international team of archaeologists carefully cast the entire grave in plaster in order to preserve the arrangement of surviving bone fragments. This enabled them to transport the body safely to a laboratory for detailed study. Prof María Martinón-Torres, director of Spain's National Research Center on Human Evolution, explains to the BBC's Inside Science programme "It was like excavating a shadow......, we didn't know we were carrying a child in our arms."

The researchers were able to study the teeth to confirm that this was the tiny body of a human child - between two and three years old. Scans revealed that the body had been laid in a fetal position. Moreover, the bones had moved in a way that suggested it had been wrapped tightly when buried, with its head originally resting on a cushion of leaves, which subsequently decomposed. 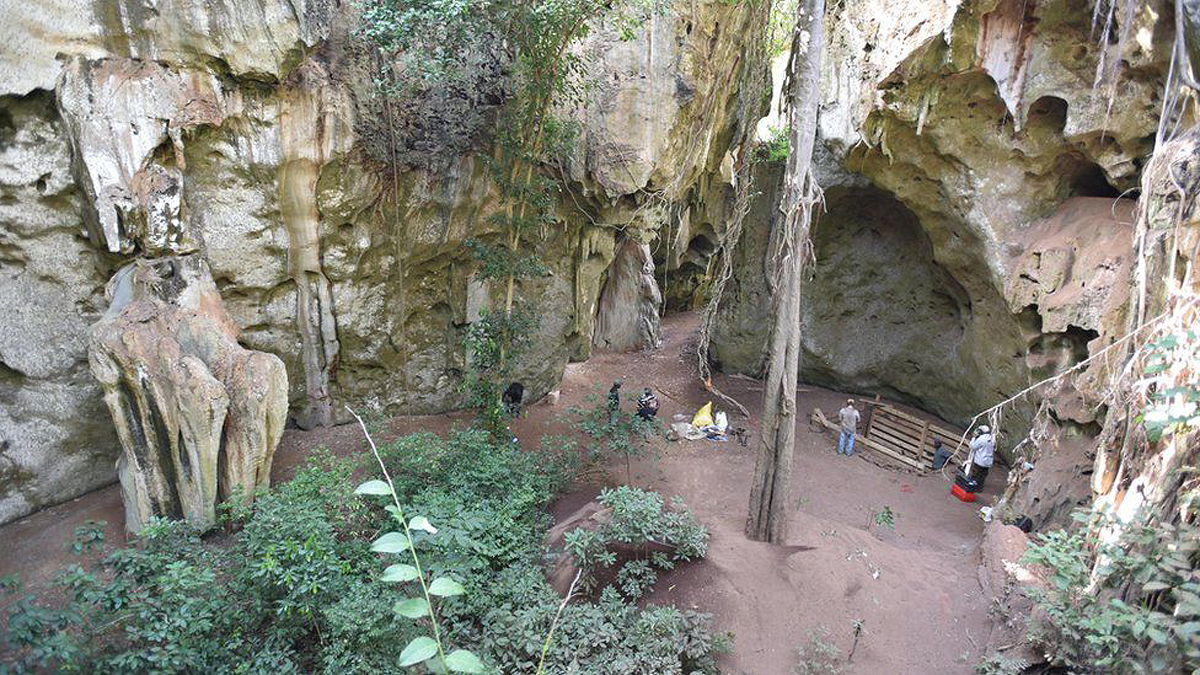 Mtoto was buried inside the cave, where the community would have lived 78,000 years ago. Image: MOHAMMAD JAVAD SHOAEE

Prof Martinón-Torres believes "the child was wrapped in a shroud made of leaves or animal skins - like he (examination of the size and shape of the bone fragments led the researchers to conclude that Mtoto was most likely a boy) was placed in his last sleep.....There is such a delicacy and intention that really expresses feelings from the group towards this child......He was buried in the cave - where the people lived. All this behaviour meant something - maybe grief, maybe not letting him go."

Africa is considered the cradle of human modernity, but despite all the evidence of early tool use and community living, scientists admit that burials were an important missing piece of the human evolutionary story there. Dr Louise Humphrey from the Natural History Museum in London explains "The next oldest grave in Africa is about 74,000 years old. Interestingly, that was also a young child, but it was poorly excavated about 50 years ago, so we don't know much about it....Here, there is definitely a sense of personal loss. It's evidence of people who had a more symbolic representation of the world around them."