What and where is Dolní Věstonice? 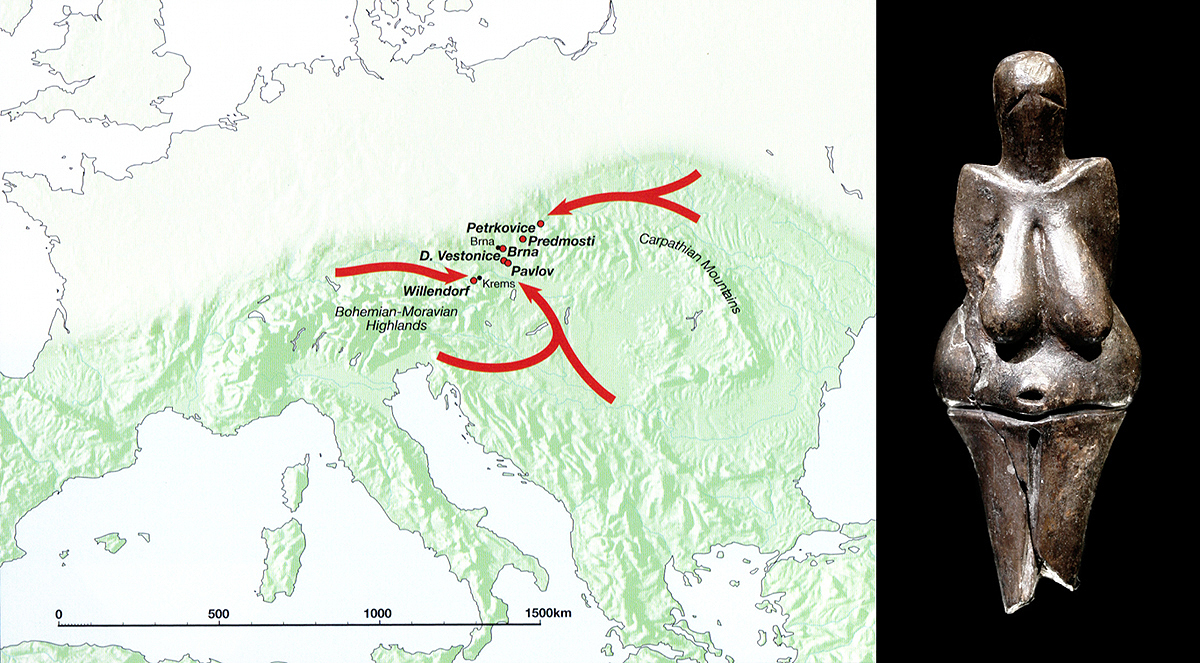 Map of Central European sites - in Moravia these are concentrated in the valley that acted as a route through the adjacent mountains for animals and humans moving between the North European Plain and the Danube Basin. Image: Jill Cook. The Woman from Dolní Věstonice - a baked clay female figure which is the oldest known ceramic.

Here, Jill Cook describes the significance of Dolní Věstonice in an extract from her publication 'Ice Age art: arrival of the modern mind':

'After about 30,000 years ago, the undulating countryside within the natural corridor known as the Moravian Gate, connecting the North European Plain to the Danube Valley, became a significant area of human activity on a highway for migrating animals, notably mammoth herds.

The excavation of huge open-air campsites began in the late nineteenth century around Brno, Moravia, in the Czech Republic, revealing settlements constructed by communities of people who depended on mammoths for food and raw materials. Such settlements contain structures used as dwellings, as well as hearths, pits, thick spreads of ash from burnt bones and the remains of numerous mammoths sometimes stacked in piles sorted by anatomical parts. 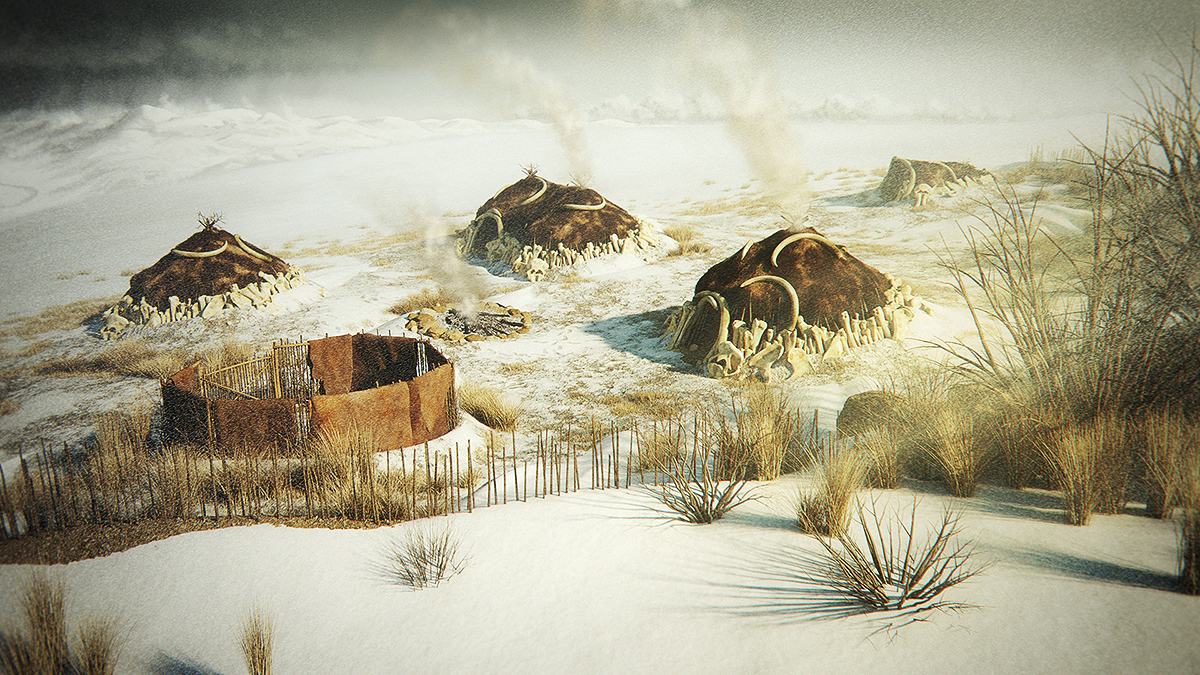 Dolní Věstonice, 26,000 years ago, in Moravia, Czech Republic. This concept art of a settlement of mammoth hunters is at once a recreation of the environment for the educational game Prehistory and the first digital reconstruction of this prehistoric site to date, made in 2015 by J R Casals.

Within these campsites stone and bone tools, decorated objects, ivory sculptures and the ceramic models are numerous. Several reports in the Illustrated London News between 1929 and 1937 headlined discoveries 'as wonderful as that of Tutankhamen', then heralded 'an amazing Palaeolithic Pompeii', 'the birth of sculpture' and the 'oldest human portrait'.

Although older sculptures have since been discovered, the rest of these populist headlines could still be applied to convey the richness and significance of the Moravian sites that produced many of the significant works described in this book. Of world renown is the baked clay female figure, the oldest known ceramic, from Dolní Věstonice, an enormous site at the southern end of the Moravian Gate'.