The Amesbury Archer: a harbinger of change

On May 3rd 2002, archaeologists from Wessex Archaeology found the grave of a man dating back to around 2,300BC, the Early Bronze Age in Britain, at Amesbury in Wiltshire, England. The grave lay three miles south-east of Stonehenge. 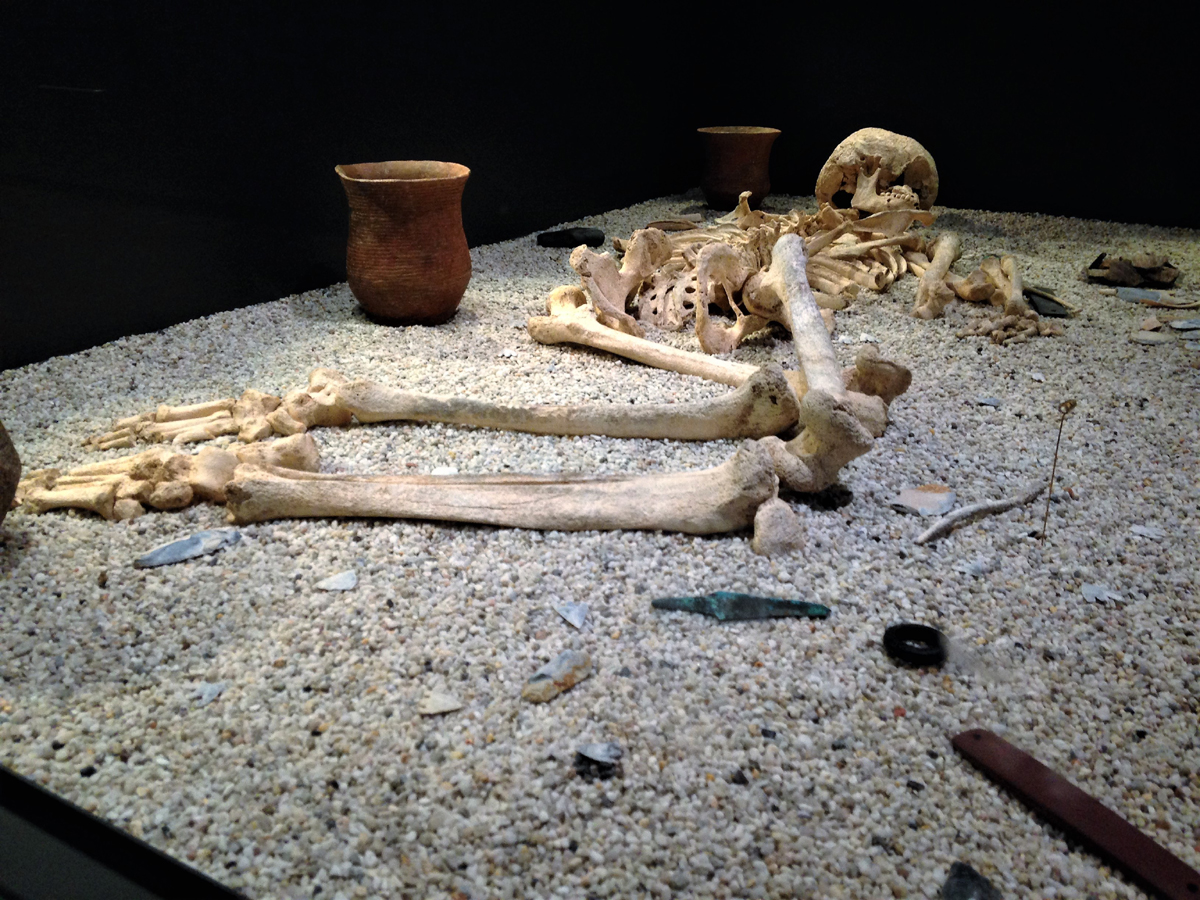 The grave contained the richest array of items ever found from this period. Around 100 objects were found, including the complete skeleton of a man, three copper knives, two small gold hair tresses, two sandstone wristguards to protect his wrists from the bow string, 16 flint arrowheads and five pots.

This makes the grave the richest Bronze Age find in Britain; ten times the usual number of items from other graves. The gold dated to as early as 2,470BC and is the earliest found in Britain. 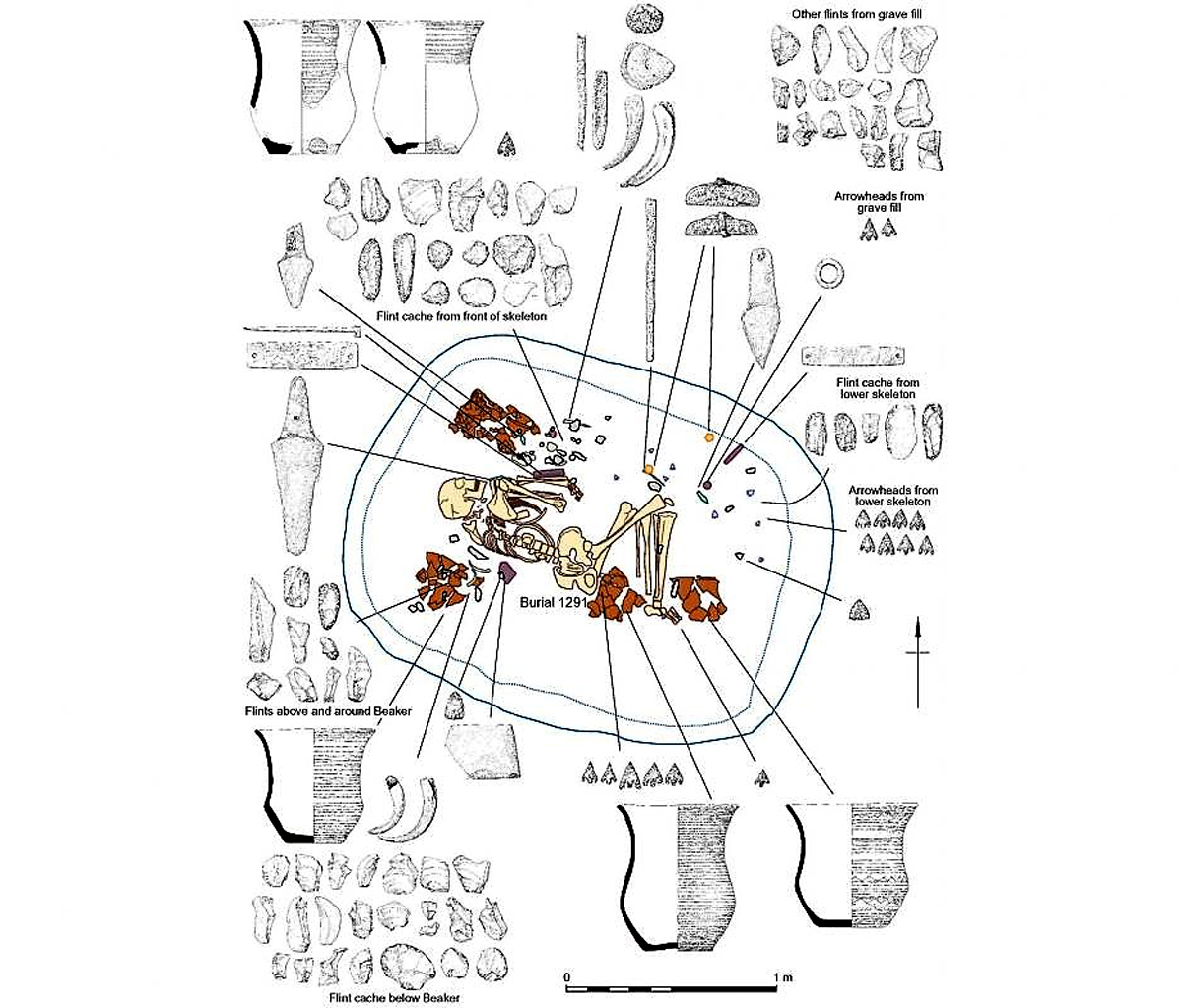 Plan of the Amesbury Archer with his grave goods. Image: Wessex Archaeology.

Tests on the bones showed that the Archer was a man aged between 35 and 45. He was strongly built, but he had an abscess on his jaw and had suffered an accident a few years before his death that had ripped his left knee cap off. As a result of this he walked with a straight left which swung out to the side of him, and suffered from an infection in his bones which would have caused him constant pain.

Other tests on the enamel found on the Archer's teeth revealed that he grew up in central Europe. They could not reveal how long he had lived in Britain, only that he must have lived in the Alps region while a child, either Switzerland, Austria or Germany.

According to Wessex Archaeology, one of the most significant facts about the Archer is that he was from the Alps region. He was most probably from what is now Switzerland. Archaeologists have long known that the distinctive Beaker pottery and artefacts which began appearing in Britain around the time of the Archer were from Europe, evidence of trade and cultural links.

However, the Archer was more than just a trader. He came with the vital skills of metalworking. This was a time when the first metals were brought to Britain. He would have been one of the earliest people in Britain to have been able to work gold, which clearly would have given him great status. Hence the richness of his grave.