An article on phys.org from the University of Helsinki - Teeth pendants speak of the elk's prominent status in the Stone Age - reports on research into Stone Age people buried in outfits decorated with elk tooth ornaments and what the pendants meant to them. 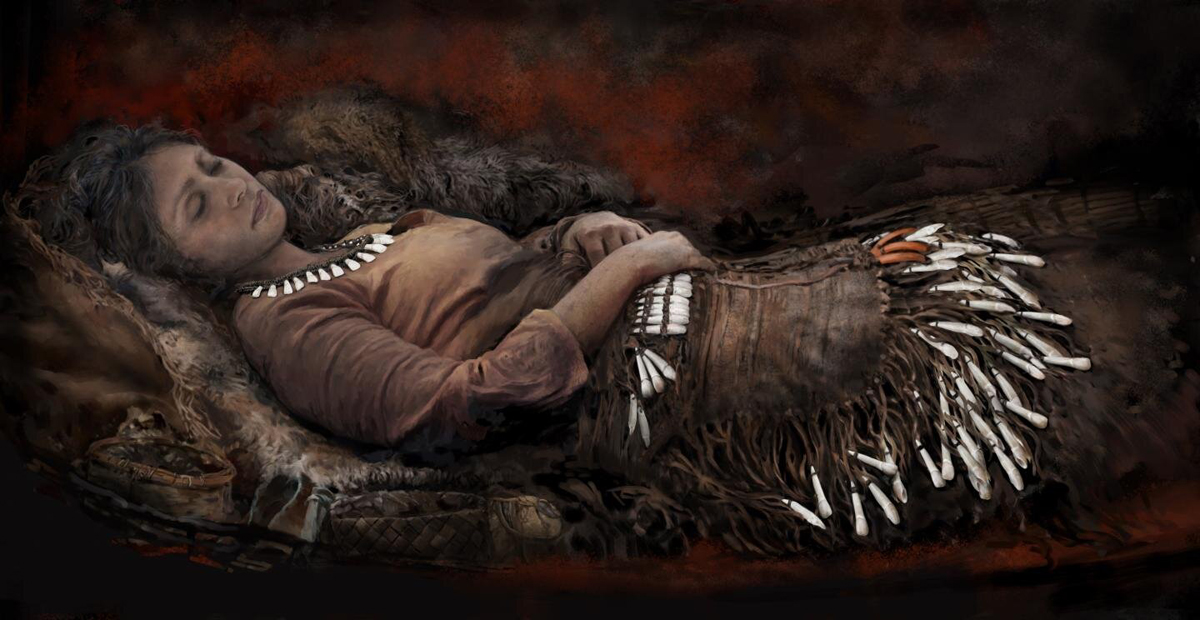 A total of 90 elk teeth were placed next to the hips and thighs of the body in grave 127, possibly attached to a garment resembling an apron. Image: Tom Bjorklund

Roughly 8,200 years ago, the island of Yuzhniy Oleniy Ostrov in Lake Onega in the Republic of Karelia, Russia, housed a large burial ground where men, women and children of varying ages were buried. Many of the graves contain an abundance of objects and red ochre, signifying the wish to ensure the comfort of the buried also after death. Pendants made of elk incisors were apparently attached to clothing and accessories, such as dresses, coats, cloaks, headdresses and belts. Although no clothing material has been preserved, the location of the elk teeth sheds light on the possible type of these outfits.

A study headed by archaeologist Kristiina Mannermaa, University of Helsinki, aimed to determine who the people buried in outfits decorated with elk tooth ornaments were, and what the pendants meant to them. The study analyzed the manufacturing technique of a total of more than 4,000 tooth ornaments, or the way in which the teeth had been processed for attachment or suspension. The results were surprising, as practically all of the teeth had been processed identically by making one or more small grooves at the tip of the root, which made tying the pendants easier. Only in two instances had a small hole been made in the tooth for threading, both of which were found in the grave of the same woman. The tooth pendants found in graves located in the Baltic area and Scandinavia from the same period as the Yuzhniy Oleniy Ostrov graves are almost exclusively perforated. Perforation is the surest way of fastening the pendant, but making holes in the narrow tip of a tooth is more laborious than grooving. 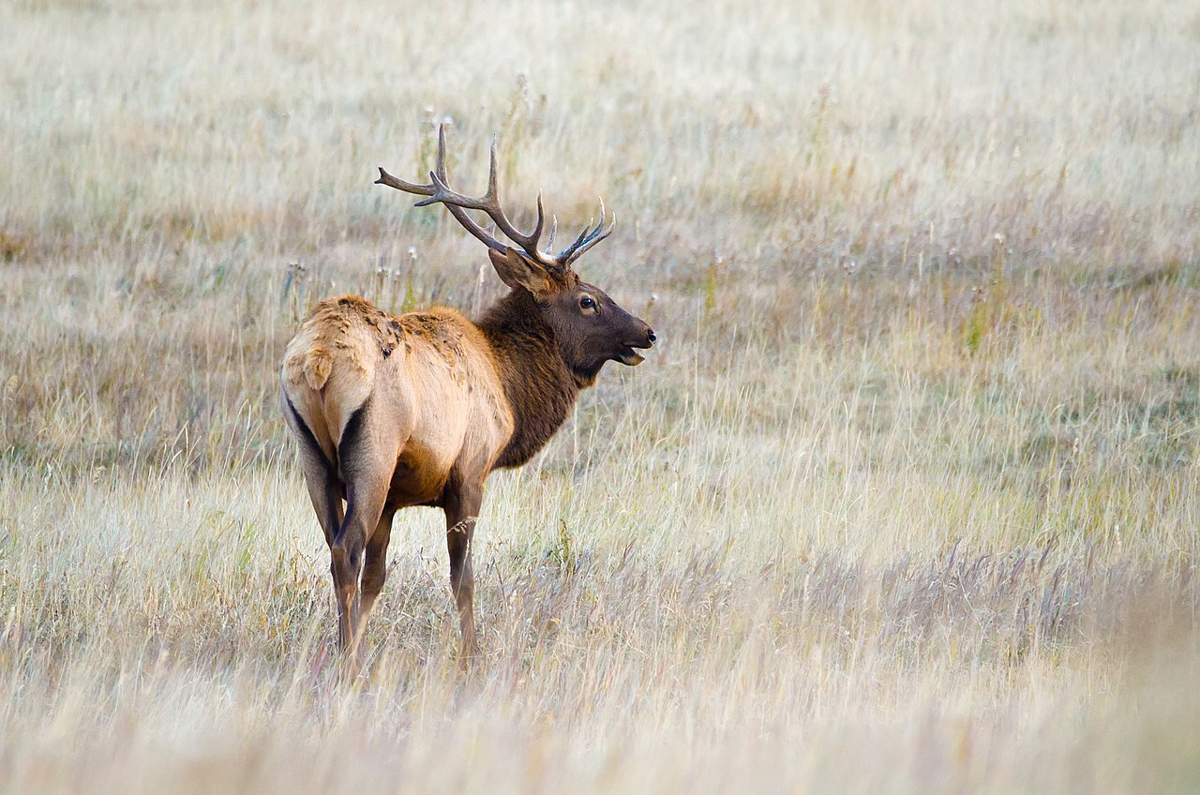 The elk (Cervus canadensis) is one of the largest species within the deer family. Image: Jakub Fryš

Archaeological and ethnographic research has shown that humans have been using decorations almost always and everywhere in the world, for several different purposes. To many indigenous peoples in Eurasia, including the Sámi communities, decorations have been and still are an important way of describing a person's identity and origin. They are not only aesthetic details, but also connected to intercommunity communication and the strengthening of intracommunity uniformity. External elements such as ornaments can also influence the names which neighboring groups use to refer to a community. In fact, Kristiina Mannermaa calls the people found in the burial site the people of grooved elk tooth pendants. She adds "Even though there are pendants made of beaver and bear teeth in the graves, the share of elk teeth in them is overwhelming."

Typically, only one or at the most a couple of different groove types were prevalent in individual graves. This indicates that the pendants found in a specific grave or cluster were the result of routine serial production of sorts carried out in a fairly short period of time. The most common groove types were firm as well as quick and easy to make.

Researcher Riitta Rainio explains "Interestingly, the grooves were not always made on the broadest side of the tooth, which would be the easiest option. In many graves, the grooves are on the thin side of the tooth where the unstable position of the tooth makes them harder to do. The artisan may have resorted to this method in order to tie them in a specific position."

The highest number of elk teeth were found in the graves of young adult women and men, the lowest in those of children and elderly people. In other words, elk tooth ornaments were in one way or another linked to age, possibly specifically to the peak reproductive years.

Elk was the most important animal in the ideology and beliefs of the prehistorical hunter-gatherers of the Eurasian forest zone, and their limited availability made elk teeth a valuable material to ancient hunters. Elks were not brought down very often, and not all members of the community contributed to hunting. It may be that a single individual was given all of the incisors of a caught elk. Elks have a total of eight incisors, six permanent ones in the lower jaw and two permanent canines in the shape of incisors. At times, corresponding deciduous teeth were also processed into ornaments. The largest ornaments required the teeth of at least 8 to 18 elks.