An article on abc.net.au by Louise Miolin and Verity Gorman - Ningaloo research to tell 60,000-year-old story as new technology uncovers deeper past - reports on the new archaeological project underway off Western Australia's coast known as the Nyinggulu Archaeology Project. 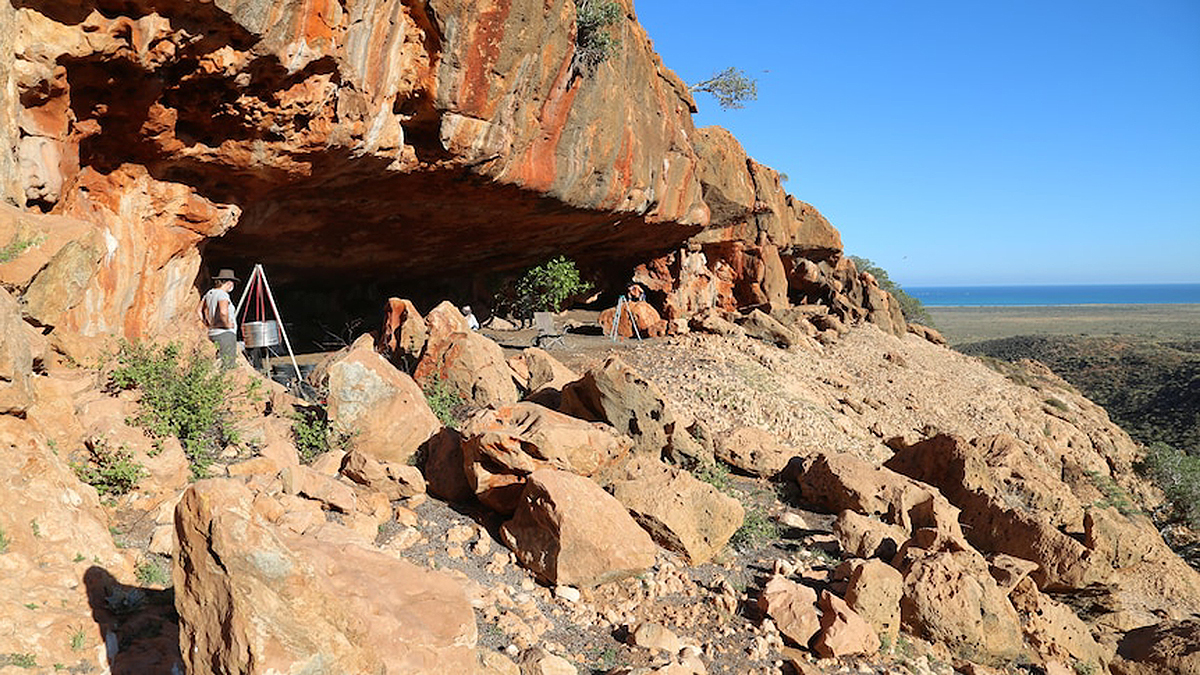 Scientists say the caves on the North West Cape near Ningaloo are a prime location for research. Image: University of Western Australia

Scientists believe the North West Cape is the prime location for study of ancient societies, predicting that new technology will prove humans lived in the region 60,000 years ago. Archaeologists from the University of Western Australia this week completed a seven-week dig, the first in a series of excavations planned for the Nyinggulu Archaeology Project, which is expected to span several years.

Archaeologist Professor Peter Veth said the area around the North West Cape was uniquely set up to offer valuable insight into the past: "Of the whole coast of Australia, this shelf is the steepest, so it's the ideal sampling point to record tens of thousands of years of marine resource use, the local ecologies, and the human habitation pattern."

The last similar project at North West Cape was conducted more than 30 years ago. Professor Veth said radiocarbon dating techniques from that era placed artefacts at 40 or 50,000 years old. Now, however, he explains that new technology could prove people were living in the region even earlier than that. "In that range of 40 to 50,000 years, the ages often read too young." He was confident his team could re-analyse old finds and date new ones up to 60,000 years.

According to Professor Veth, the extra 10 or 20,000 years would highlight just how long Indigenous people had been living not just on the North West Cape but across the continent. He said the current study would provide insight into how people migrated across the land, traded in sophisticated economies, and survived major climate changes and shifting sea levels: "The first Australians had much, much more complex maritime and desert adaptive systems than previously thought."

The Nyinggulu Archaeology Project has already turned up some significant finds, such as the remains of a thylacine, which are now extinct. He states that "The thylacine was a great find, but there will be more.....This is literally the beginning of what I hope will be a new phase of documentation and research to profile the cultural values of the world heritage area, which are clearly very significant."