An article on heritagedaily.com - Origins of the 30,000-year-old Venus of Willendorf solved - reports on a new study published by the University of Vienna in collaboration with Vienna’s Natural History Museum where researchers applied high-resolution tomography to the figurine, suggesting that it originates from a region in northern Italy. 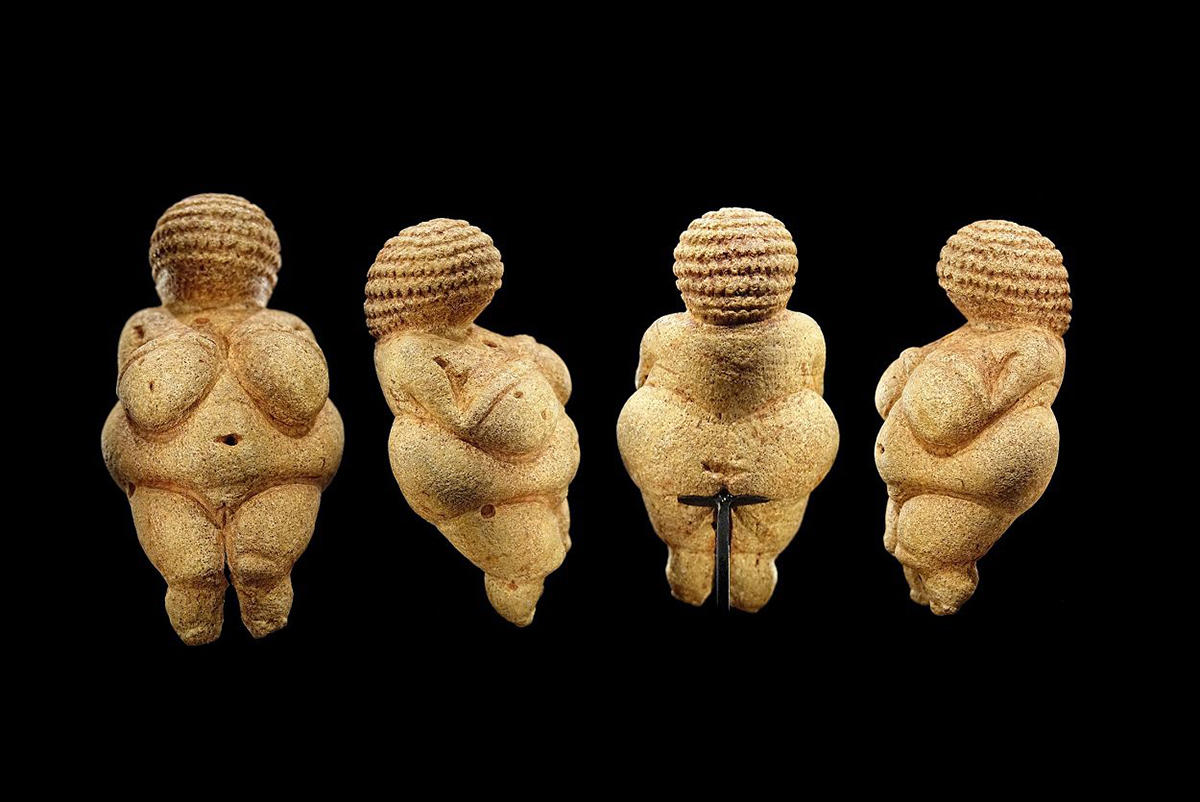 A new study published by the University of Vienna in collaboration with Vienna’s Natural History Museum where researchers applied high-resolution tomography to the figurine, suggesting that it originates from a region in northern Italy. Image: Bjørn Christian Tørrissen - CC BY-SA 4.0.

The Willendorf figurine is 4.4 inches in height, and was found in 1908 at a Palaeolithic site near Willendorf, a village in Lower Austria.

Anthropologist Gerhard Weber from the University of Vienna used micro-computer tomography to analyse the figurine at a resolution of up to 11.5 micrometres. Together with Alexander Lukeneder and Mathias Harzhauser from the Natural History Museum in Vienna, the team procured comparative samples from Austria and Europe for comparison to geologically determine the origin.

The study found that the tomography data from the figurine had sediments deposited in the rocks in different densities and sizes. In between there were always small remnants of shells and six very dense, larger grains, so-called limonite. The latter explains the previously mysterious hemispherical indentations on the surface of the sculpture with the same diameter: “The hard limonites probably broke out when the creator of Venus was carving,” explains Weber: “In the case of the Venus navel, they then apparently made a virtue out of necessity.”

The team also found that the Venus oolite is porous because the cores of the millions of globules (ooides) that make it up had dissolved. A closer analysis also identified a tiny shell remnant, just 2.5 millimetres long, that has been dated to the Jurassic period. This ruled out all other potential deposits of the rock from the much later Miocene geological era, such as those in the nearby Vienna Basin.

An analysis on the grain sizes of the other samples revealed that the samples from the figurine were statistically indistinguishable from samples from a location in northern Italy near Lake Garda. This is remarkable because it means that Venus (or at least its material) started a journey from south of the Alps to the Danube north of the Alps.

“People in the Gravettian – the tool culture of the time – looked for and inhabited favourable locations. When the climate or the prey situation changed they moved on, preferably along rivers,” explains Gerhard Weber.

One of the two possible routes from the south to the north would lead around the Alps and into the Pannonian Plain and was described in simulations by other researchers a few years ago. The other way to get from Lake Garda to the Wachau would be via the Alps.

Whether this was possible more than 30,000 years ago is unclear due to the climate deterioration that began at that time. A rather improbable variant if there had already been continuous glaciers at that time. The 730 km long path along the Etsch, the Inn and the Danube is always below 1,000 meters above sea level, with the exception of 35 kilometres at Lake Reschen.

The statistics clearly point to northern Italy as the origin of the Venus oolite. Nevertheless, there is another interesting place for the origin of the rock. It is in eastern Ukraine, more than 1,600 kilometres as the crow flies from Willendorf.

The samples there do not fit as clearly as those from Italy, but better than all the others in the sample. An interesting connection here: 'Venus' figures were found in nearby southern Russia, which are somewhat younger, but look very similar to the Venus found in Austria. Genetic results also show that people in Central and Eastern Europe were connected to one another at this time.

Click here to see more of the Ice Age sculptures