An article by Anna Liesowska and Svetlana Skarbo on siberiantimes.com - Cave lion figurine made of woolly mammoth tusk found at Denisova Cave - reports on the discovery of a carved animal statuette which may be one of the world's oldest. 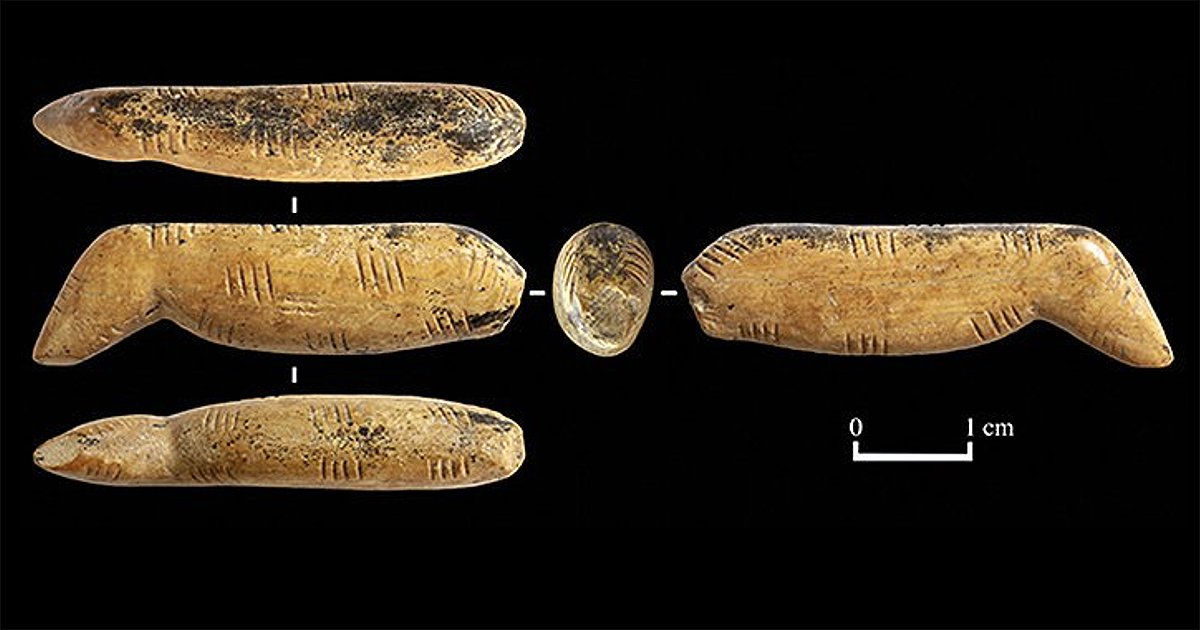 Cave lion figurine found at the Denisova Cave in the Altai mountains. Image: Institute of Archeology and Ethnography

The discovery was made three months ago in the Altai Mountains by a team of archeologists from Novosibirsk Institute of Archeology and Ethnography. The piece measures 42mm in length, 8mm in width and 11mm in height, and is thought to be a figurine of a cave lion. The researchers believe it was carved by an Upper Palaeolithic artist between 40,000 and 45,000 years ago. It was found in the 11th layer of the southern gallery of the Denisova Cave. This is the oldest sculptural zoomorphic 3D image ever found in Siberia, indeed throughout Northern and Central Asia. The precise age is yet to be confirmed.

The lion’s head is missing, leaving its hind legs, groin, back and belly, covered in an ornament of eighteen rows of notches. There are two extra rows with four notches on the lion’s right side. After carving the figurine from woolly mammoth tusk, the artist used red ochre to paint it.

Mikhail Shunkov, head of the Institute’s Stone Age Archeology Department, explains that ‘the figurine depicts an animal with its tummy tucked in, its hind legs bent. It is either galloping, jumping or getting ready to jump. The animal is shown in a typical position for the moment when large felines are ready to catch a prey.'