The Venus of Brassempouy - la Dame de Brassempouy -  is a fragmentary ivory figurine from the Upper Paleolithic. It was discovered by Edouard Piette in a cave in Brassempouy, France in 1892. The sculpture is thought to have been made roughly 25,000 years ago, in the Gravettian culture. It is one of the earliest known representations of the human face. 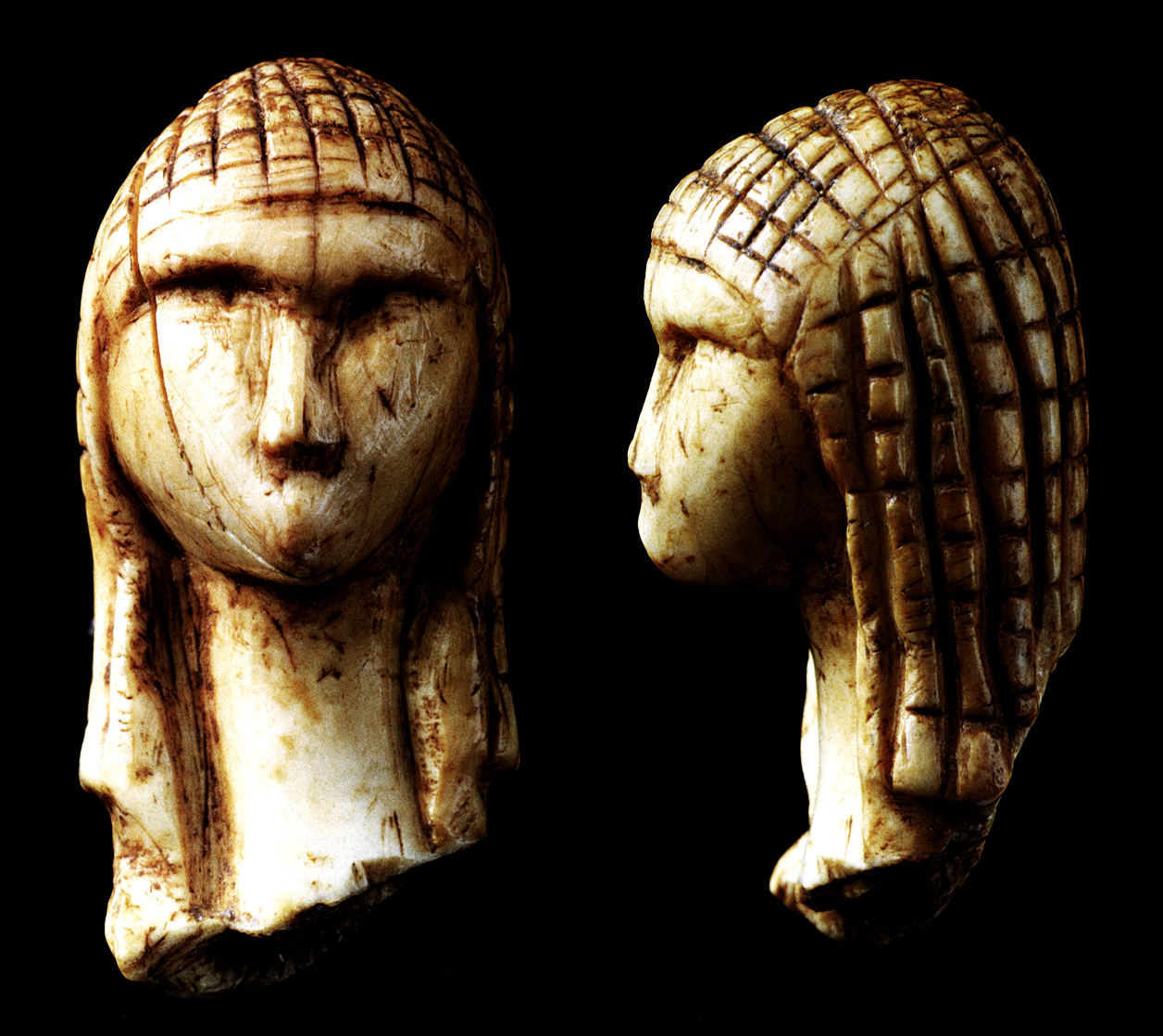 'Venus figurine' is an umbrella term - now controversial and inappropriate, but inspired by the ancient Roman goddess of love - for numerous prehistoric sculptures of women portrayed with similar physical attributes, found throughout Europe and Siberia.

These figurines were carved from stone, ivory and bone, or formed with clay and then fired. They are often, but not always, tapered at head and foot, and widest in the middle. The sculptures were designed to be held.

The cultural meaning of the female figurines is uncertain, although many theories exist. Moreover, one meaning for all of the figurines is highly unlikely, given the variety of form and style within this genre.

Take for example the head of the Brassempouy sculpture. She is distinguished among the 'group' by the realistic character of the representation. The depiction of her facial features makes her almost identifiable, whereas the majority of the figurines have stylised and minimal facial features.

Does this mean it is a portrait? The painted caves - parietal art - of Europe have only rare examples of the human figure, which might suggest that during the Upper Palaeolithic the concept and practice of direct representation was nonexistent, perhaps even taboo. It may have, however, been present in the portable art.

If Brassempouy is a portrait, who is she? And what did the portrait intend to convey?

The variety and complexity of portraiture is currently being explored by Simon Schama in his fascinating BBC series 'Face of Britain' on the history of British portraiture. He looks at artists who have created images of people who would otherwise have been forgotten, and examines the ways portraiture is used to make a statement.

Visit The Art of the Ice Age: