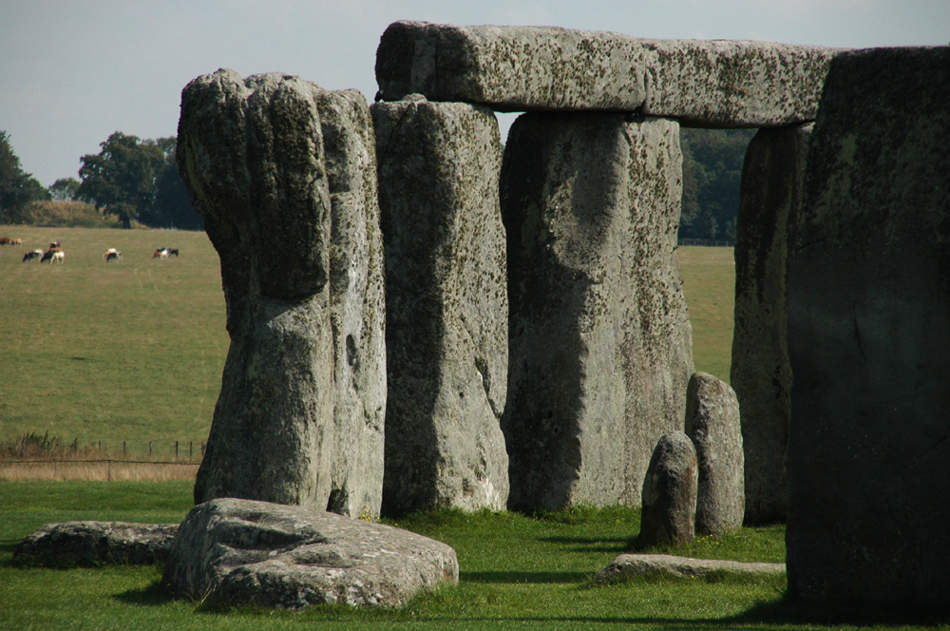 New evidence provided by the latest radar scanning technology is making archaeologists believe that the site was the centre of a network of religious monuments, with the unearthing of a complex of shrines and burial mounds, including 17 previously unknown wooden or stone structures.

We already know that the iconic circle of giant stones did not stand in splendid isolation on the edge of Salisbury Plain, but that the area represents a vast and varied prehistoric landscape, a concept that English Heritage is successfully demonstrating at the new Stonehenge Visitors Center. Indeed, Stonehenge was at the centre of a vast network of religious monuments.

The article reports that scientists from Birmingham University have spent four years mapping an area of five square miles in minute detail as part of the largest geophysical survey ever undertaken. Unveiling their findings yesterday at the British Science Festival in Birmingham, they described how advanced radar scanners were developed especially for the project to build up a digital map ten feet underground.

Among the discoveries is a 100ft-long wooden building, or long barrow, around two miles from Stonehenge, built in 2400BC. Experts think it was the site of complex rituals, including the removal of flesh and limbs from dead bodies. The building is thought to have been used for seven generations by a single family before it was buried in chalk and forgotten for thousands of years.

Also unearthed were massive prehistoric pits, some of which appear to form astronomical and solar links with Stonehenge, confirming the belief that it was positioned to reflect the Sun's movement. Moreover, the large henge known as Durrington Walls three miles away was revealed to have once been flanked by as many as 60 posts or stones up to ten feet high, suggesting a very similar structure to Stonehenge itself.

Project leader Professor Vincent Gaffney states that Stonehenge would have attracted people from far and wide; the whole landscape is being used in very complex ways.

The way Stonehenge and its surroundings were laid out was a highly theatrical arrangement; as people approached the monument via an ancient procession route, it gradually emerged from the landscape.

The structures cannot be accurately dated until they are excavated, and any decision over digging lies with English Heritage.

Editor's note: On a recent visit to the Stonehenge Visitors Center, I chose the option of walking to Stonehenge through this landscape; a very enjoyable experience! The Foundation will be releasing a new section on the 'Stonehenge Experience' in association with English Heritage soon.