An article this month by Hannah McGivern on theartnewspaper.com - Google unlocks prehistoric art of France’s Chauvet cave - describes how the team behind the vast replica of France’s Chauvet cave has partnered with Google Arts & Culture to create a new online exhibition and virtual reality experience illuminating the site’s spectacular yet inaccessible 36,000-year-old cave paintings and drawings. 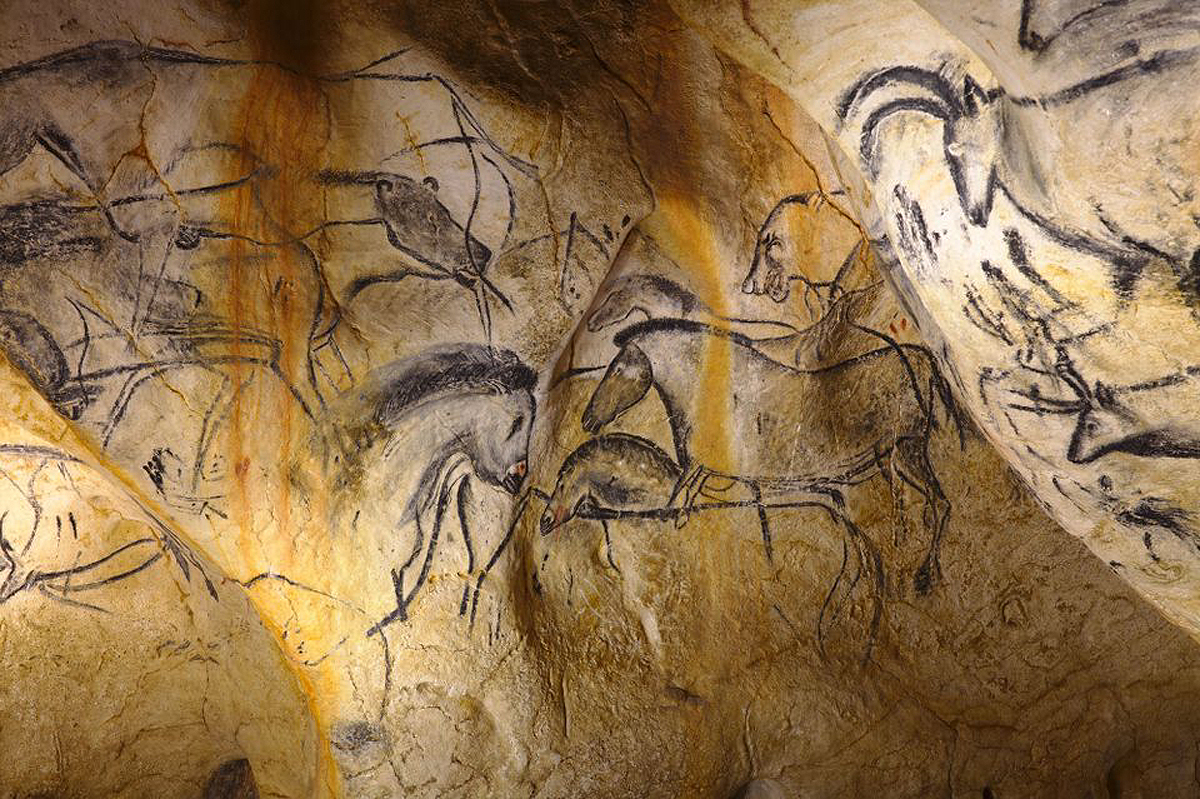 The 36,000-year-old drawings and paintings of the Chauvet cave in southeastern France have been closed to the public since the site was discovered by chance in 1994 Photo: © David Huguet

One of the world’s oldest known rock art sites, the Chauvet cave in the Ardèche region of southeastern France has never been open to the public since its discovery by three speleologists in 1994. Unesco awarded the cave World Heritage status in 2014, in recognition of the more than 1,000 images of exceptional quality that have been preserved on its limestone walls, dominated by animal motifs such as lions, mammoths, rhinos and horses.

In 2007, the local and regional governments launched a €55m project to build a facsimile cave that would immerse visitors in the Palaeolithic frescoes with no conservation risks. The Caverne du Pont d’Arc opened around two miles away from the Chauvet cave in April 2015, and has been visited by more than 2 million visitors to date. 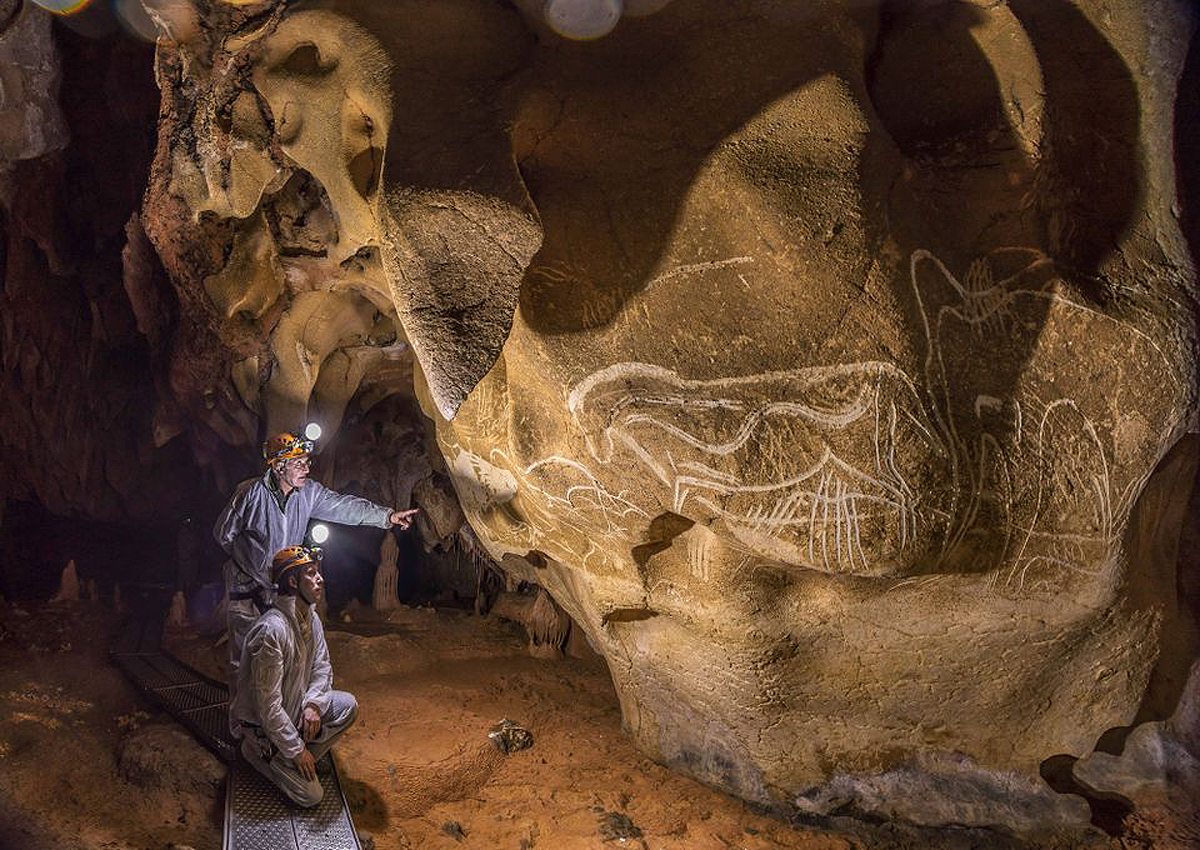 With the original cave closed to all but limited numbers of scientists and researchers, the local government decided in 2007 to build a vast replica two miles away Photo: © Stéphane Compoint/Syndicat Mixte de l'Espace de Restitution de la Grotte Chauvet

Now, the public body that developed and manages “Chauvet 2”, the Syndicat Mixte de l'Espace de Restitution de la Grotte Chauvet, has gone one step further, opening up digital access to the cave in collaboration with Google Arts & Culture. The online exhibition for desktop and mobile includes stories exploring why prehistoric humans created the Chauvet paintings and how the discovery of rock art has influenced artists from Pablo Picasso to Pierre Soulages. 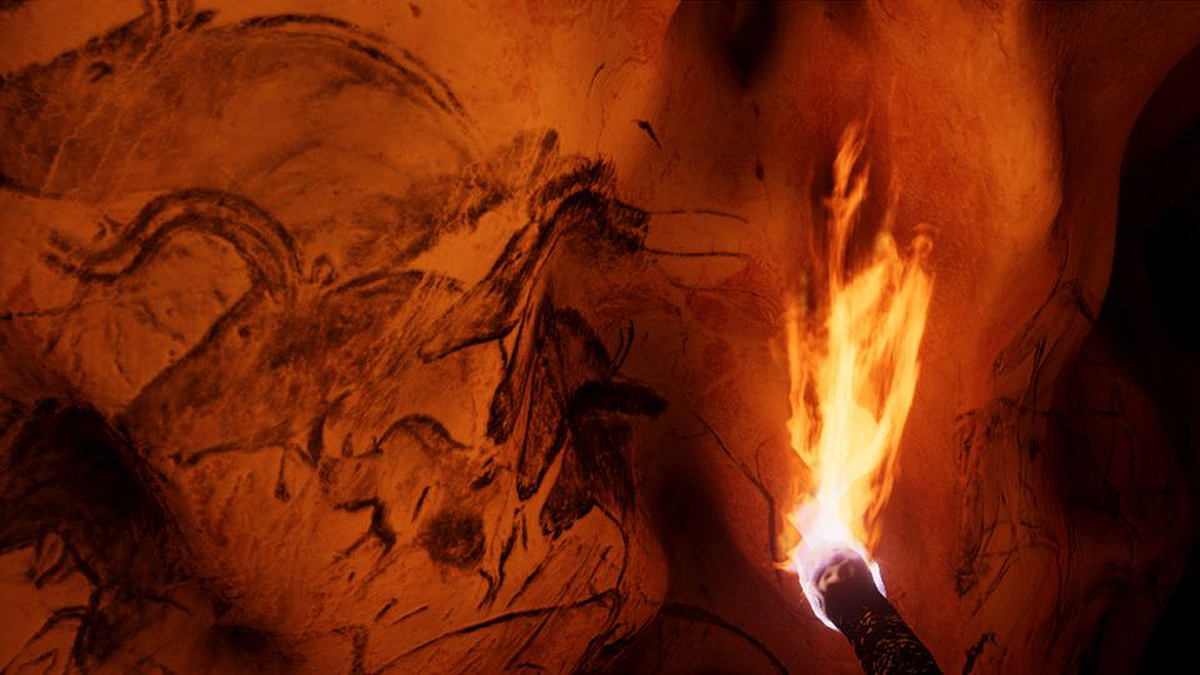 Users are invited to zoom into six 3D models of parts of the Chauvet cave, such as the 10m-long horses fresco and the bear skull found at the centre of a chamber of skulls, which scholars have interpreted as a spiritual “altar” arrangement.

Google engineers have also repurposed the Chauvet team’s exhaustive digital records of the cave—collected through a series of laser scanning and photogrammetry campaigns between 2006 and 2011 — to design new augmented reality and virtual reality (VR) experiences. The digital data was previously used to inform the construction of the replica cave from 2012 to 2015.

English and French versions of the interactive VR film, The Dawn of Art, are available for free download to HTC Vive and Oculus Rift headsets on the SteamVR platform. The 10-minute experience offers a guided tour through the cave complex, in which virtual visitors can raise a burning torch to the decorated walls and “touch” one of the prehistoric red-pigment hand stencils. Those without a headset can view Google’s 360-degree video on YouTube.

In development since 2018, the VR experience gives people the opportunity to see the “first masterpieces of humanity” up close in a way that would be “impossible in the real cave or in the replica”, according to a Chauvet spokesperson.

click here for the links on the full article