An article on bbc.co.uk - Australia: Oldest rock art is 17,300-year-old kangaroo - reports on the discovery of what scientists believe to be Australia's oldest known rock art - a 17,300-year-old painting of a kangaroo. 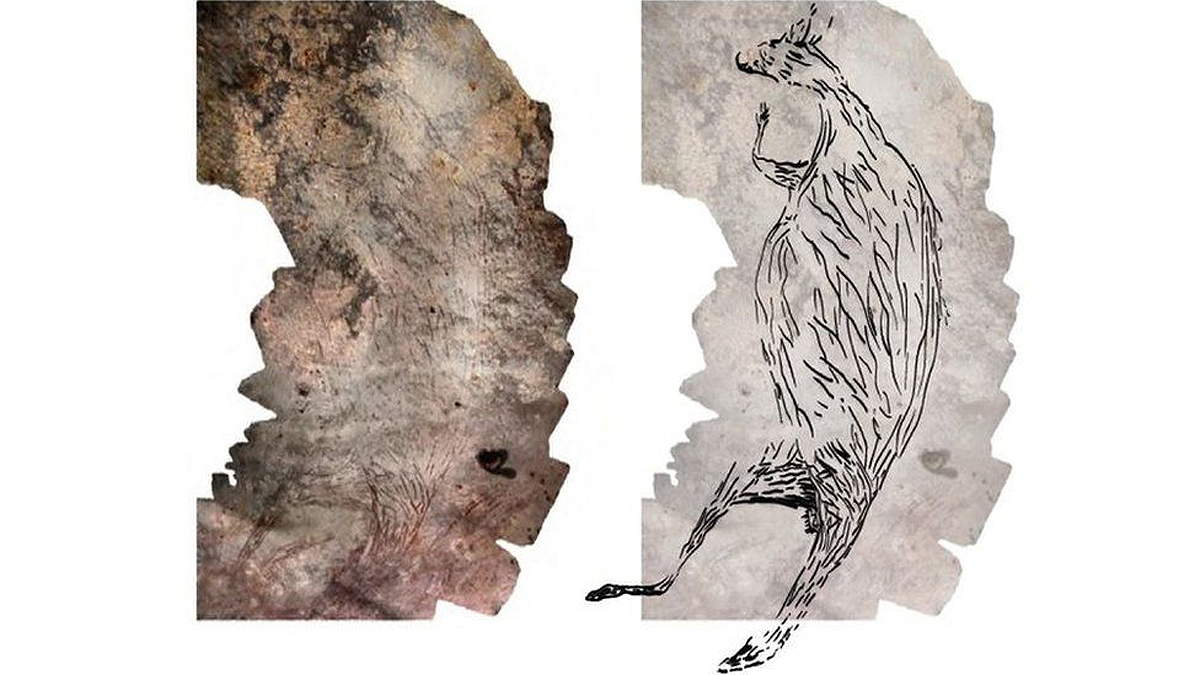 A montage of photographs of the 17,300-year-old kangaroo rock painting (left) and an illustration of the artwork (right). Image: Damien Finch

The artwork measuring 2m in length was painted in red ochre on the ceiling of a rock shelter. It was found in Western Australia's Kimberley region, known for its Aboriginal rock paintings. Its age was determined by radiocarbon-dating ancient mud wasp nests. The findings were recently published in the journal Nature Human Behaviour. 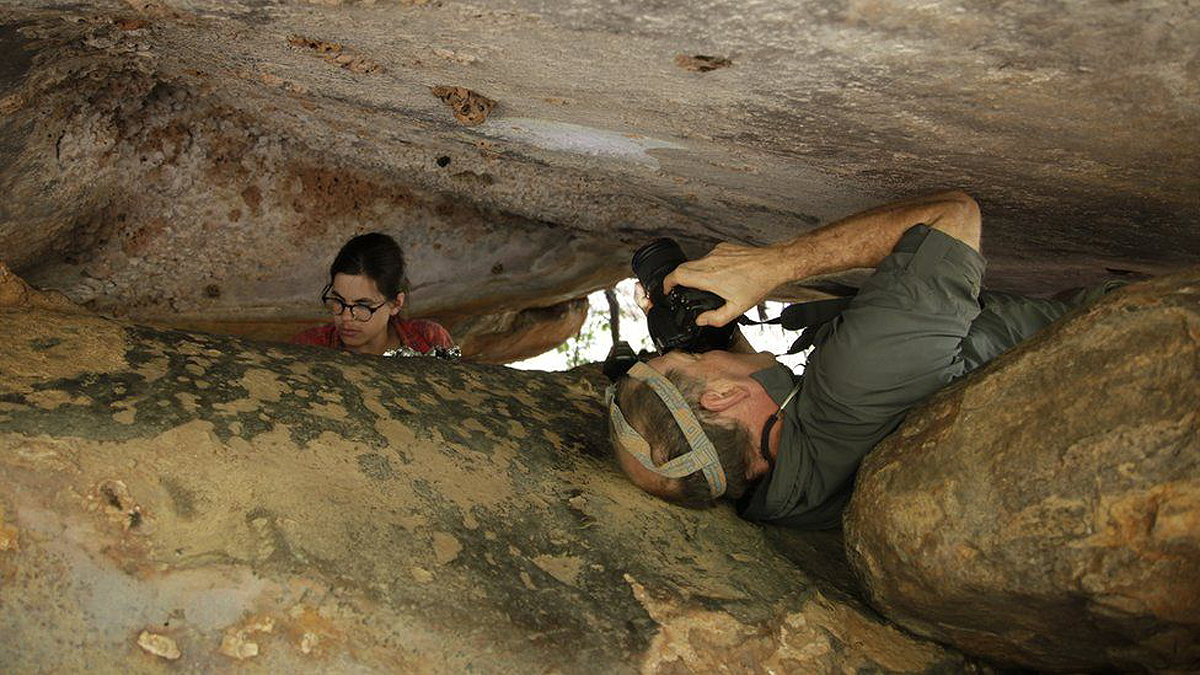 Researcher Damien Finch, who pioneered the mud wasp dating technique, said it was rare to find mud wasp nests both on top and underneath a single artwork. But the team was able to sample both types to establish the artwork's minimum and maximum ages. "We radiocarbon dated three wasp nests underlying the painting and three nests built over it to determine, confidently, that the painting is between 17,500 and 17,100 years old; most likely 17,300 years old," said Dr Finch, a geochronologist from the University of Melbourne. Scientists say this estimation makes the artwork the oldest known intact painting in Australia. 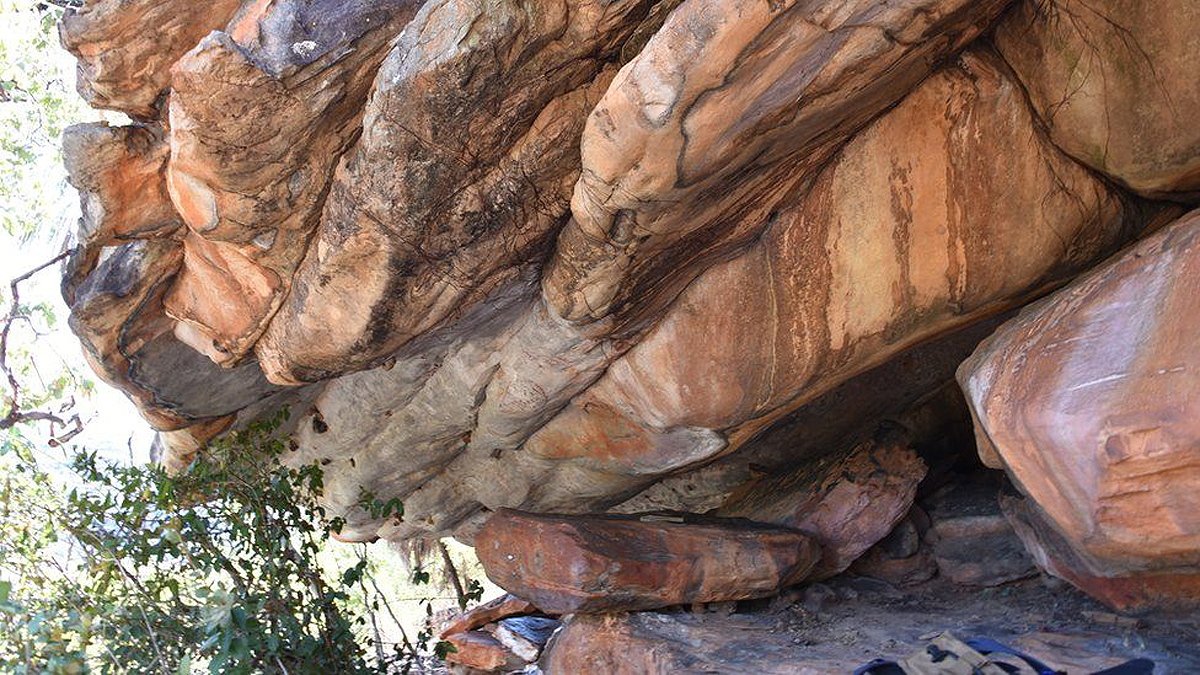 The painting was found within this rock shelter in Kimberley. Image: Damien Finch

The study's co-author Dr Sven Ouzman, from the University of Western Australia, added there could be a link between the kangaroo painting and the ancient art from other regions. "This iconic kangaroo image is visually similar to rock paintings from islands in South East Asia dated to more than 40,000 years ago, suggesting a cultural link - and hinting at still older rock art in Australia," he said.

Earlier this year, researchers found the world's oldest animal cave painting, a 45,000-year-old life-sized depiction of a pig, on the island of Sulawesi in Indonesia. In South Africa, a hashtag-like doodle created 73,000 years ago is believed to be the oldest known drawing.

Cissy Gore-Birch, chair of the Balanggarra Aboriginal Corporation, noted the significance of the kangaroo rock art discovery for Aboriginal people and Australians. She explained that "It's important that Indigenous knowledge and stories are not lost and continue to be shared for generations to come."

Click here to see more art of the Kimberley region