Half Human Half Animal Rock art; the phenomenon of therianthrops, composite figures and zoomorphs, where characters have human and animal attributes, in rock art around the world.

The interpretation of prehistoric rock art is difficult and controversial. Some of the most intriguing figures found in rock art that reinforce this statement are therianthrops - composite figures, zoomorphs - where characters have human and animal attributes.

'Therianthropy': adjective From Greek therion wild animal + anthropos man. The mythological ability of human beings to metamorphose into animals by means of shapeshifting.

In Palaeolithic Europe, we see parietal rock art of the 'Sorcerers' of Chauvet, Les Trois-Freres (above) and Gabillou, as well as the portable rock art - sculptures - of a human figure with the head of a lion. In the San rock art of South Africa we see male figures depicted with antelope heads and hooves (below). In New Mexico we see snakes with human heads. In Mexico and Texas we see humans with eagle wings. In fact, therianthrops can be found in prehistoric rock art around the world; they represent a theme entirely created by the human imagination. It is a theme that lasted for over 20,000 years. 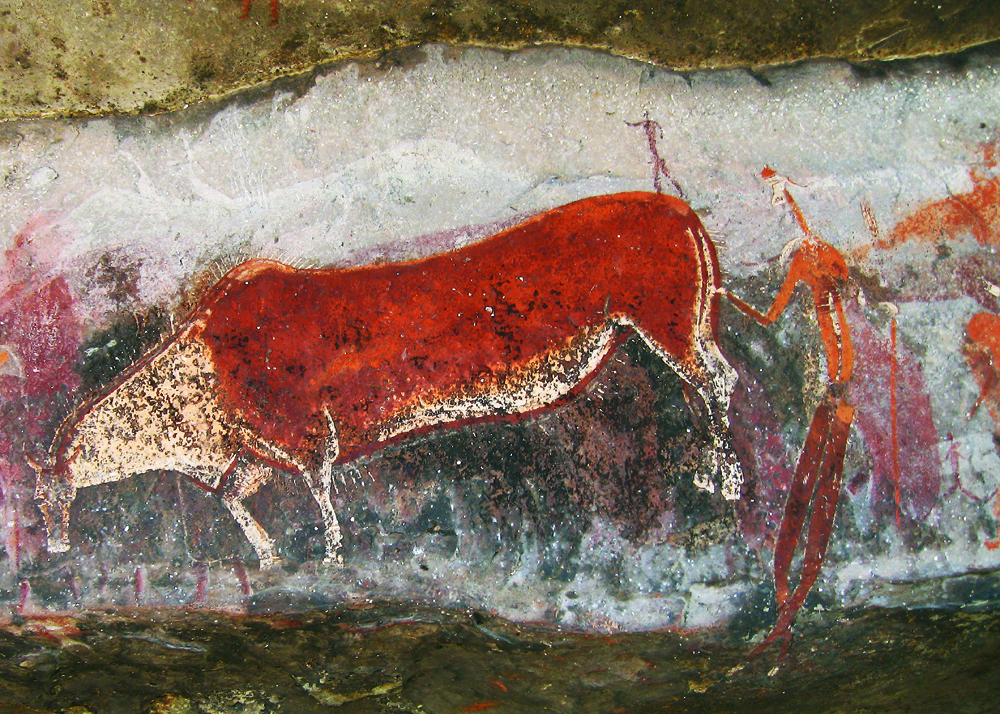 Why? Some archaeologists believe that therianthrops represent humans wearing costumes such as masks, antlers and animal skins. This may be true literally, but the fact that the practice appears to be so universal suggests that it is also true figuratively; it is a metaphor that represents the ancient belief involving the permeability of boundaries between the human and animal worlds.

This belief allowed people to pass from one domain to another. Humans could be endowed with the qualities and characteristics of a particular animal species.