Homo floresiensis ('Flores Man' and nicknamed 'hobbit') is an extinct species in the genus Homo. The remains of an individual that would have stood about 3.5 feet (1.1 m) in height were discovered in 2003 on the island of Flores in Indonesia. Partial skeletons of nine individuals have been recovered, including one complete cranium skull. 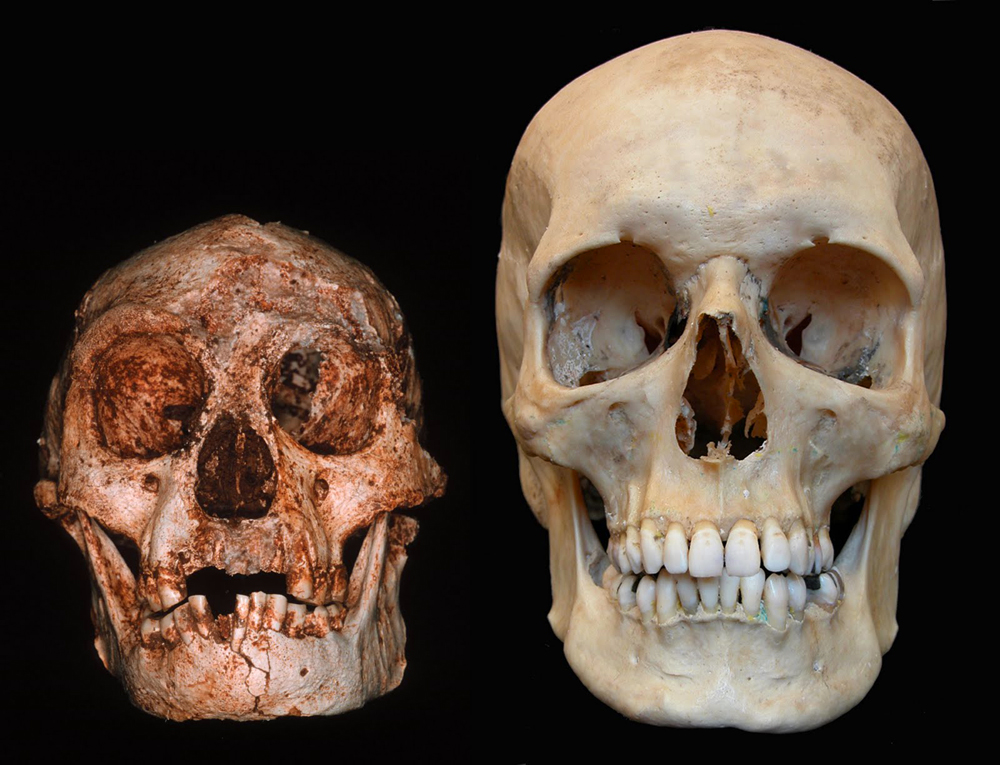 At the time of the discovery, it was hailed as 'one of the most important finds in human evolution for 100 years' and one which presented the remains of a previously unknown extinct species of humans, living on the island as recently as 15,000 years ago. 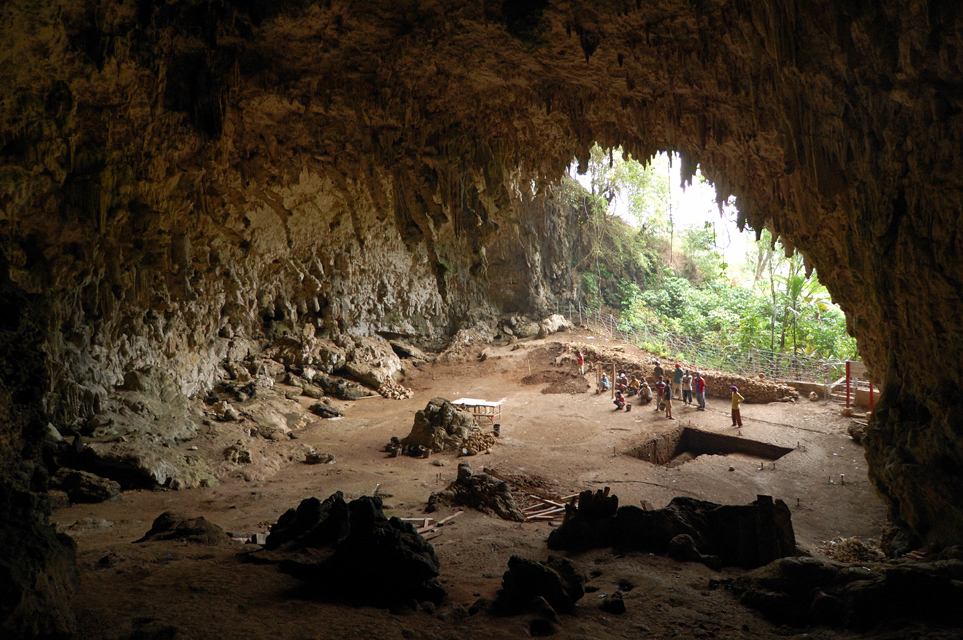 Homo floresiensis was thought to have a brain no larger than a chimpanzee's, and one-third that of modern Homo sapiens, and yet capable of making the stone tools found in the cave around them.

However, there were sceptics. Was the one skull sufficient evidence of a distinct human species? Could the Flores skull be proved normal and not that of a modern human with any of a number of growth disorders that shrink the head and brain?

The debate continues of course with a paper published this month in The Proceedings of the National Academy of Sciences of the United States of America :
'Evolved developmental homeostasis disturbed in LB1 from Flores, Indonesia, denotes Down syndrome and not diagnostic traits of the invalid species Homo floresiensis'.

'The population that has become known as Homo floresiensis has been described as 'the most extreme human ever discovered. Specimen LB1 from Liang Bua Cave is unusual, but craniofacial and postcranial characteristics originally said to be diagnostic of the new species are not evident in the other more fragmentary skeletons in the sample that resemble other recent small-bodied human populations in the region (including the Andaman Islands, Palau, and Flores itself). Here we demonstrate that the facial asymmetry, small endocranial volume, brachycephaly, disproportionately short femora, flat feet, and numerous other characteristics of LB1 are highly diagnostic of Down syndrome, one of the most commonly occurring developmental disorders in humans and also documented in related hominoids such as chimpanzees and orangutans'.

The authors - Robert B. Eckhardt, Alex S. Weller, Maciej Henneberg and Kenneth J. Hsu - are suggesting that the stature and the brain size of the most complete skeleton, designated as LB1, from Liang Bua Cave were underestimated: LB1's stature was a little more than four feet tall, not 3.5 feet as in the original estimate. New measurements of the possible brain size were likewise large. The defining features of the specimen as originally described do not establish the uniqueness or normality necessary to meet the formal criteria for a type specimen of a new species.

Furthermore, they believe that the revised dimensions of the LB1 cranium and femur fell in the range predicted for an individual with Down syndrome from that region of Indonesia. The skull's asymmetry, a left-right mismatch of facial features, is characteristic of people with Down syndrome.

This 'sick hobbit hypothesis', however, has not been accepted by all. According to Dr. Dean Falk, an anthropologist at Florida State University who specializes in brain evolution, the CT scans of the Flores cranium show no sign of growth disorders. Other researchers agree that the cranium is clearly distinct from skulls of healthy modern humans, which counters the hypothesis of pathological conditions.

Clearly more bones - especially skulls - are needed to determine whether LB1 is one of a kind or one of an extinct human species, Homo floresiensis. Excavations in other caves on Flores have not done so yet.