An article by Killian Fox on the guardian.com - Cooking with fire: an extract from Yuval Noah Harari's Sapiens: A Graphic History - reports on the new graphic adaptation of the historian’s bestselling book. 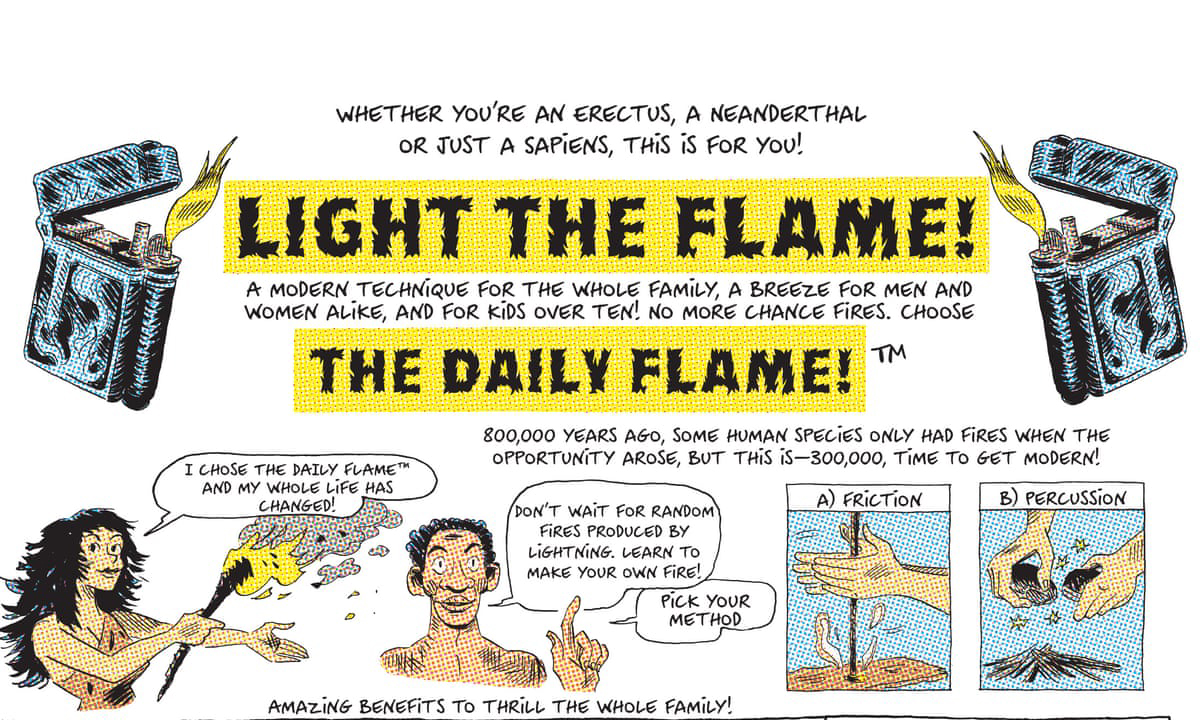 'Sapiens covers the broad arc of our species’ story, from the emergence of human cultures in Africa 70,000 years ago to our hyper-connected present, in 500 pages. It has been one of the most spectacular publishing successes of the past decade, selling more than 10m copies since it was translated into English in 2014, and its enormous popularity has turned a little-known Israeli history professor into one of the most influential public intellectuals on the planet.'

'Accessibility is key here. “When you look at what’s happening now in the world with Covid-19, and all the conspiracy theories, you see the importance of science reaching not just a small elite, but everybody,” he says. “One big handicap is that science is usually much more complicated than the conspiracy theories, and scientists often speak in jargon and numbers and statistics and graphs, which most people find difficult – people usually think in stories.” In the graphic version, “we remain faithful to the core scientific facts and theories, but we can experiment with new ways of telling the story, and thereby reach a wider audience.”'