An online article by Carol Clark on phys.org - Stone tools from Jordan point to dawn of division of labor - reports on the thousands of stone tools from the early Upper Paleolithic which have been unearthed from a cave in Jordan, revealing clues about how humans may have started organizing into more complex social groups by planning tasks and specializing in different technical skills. 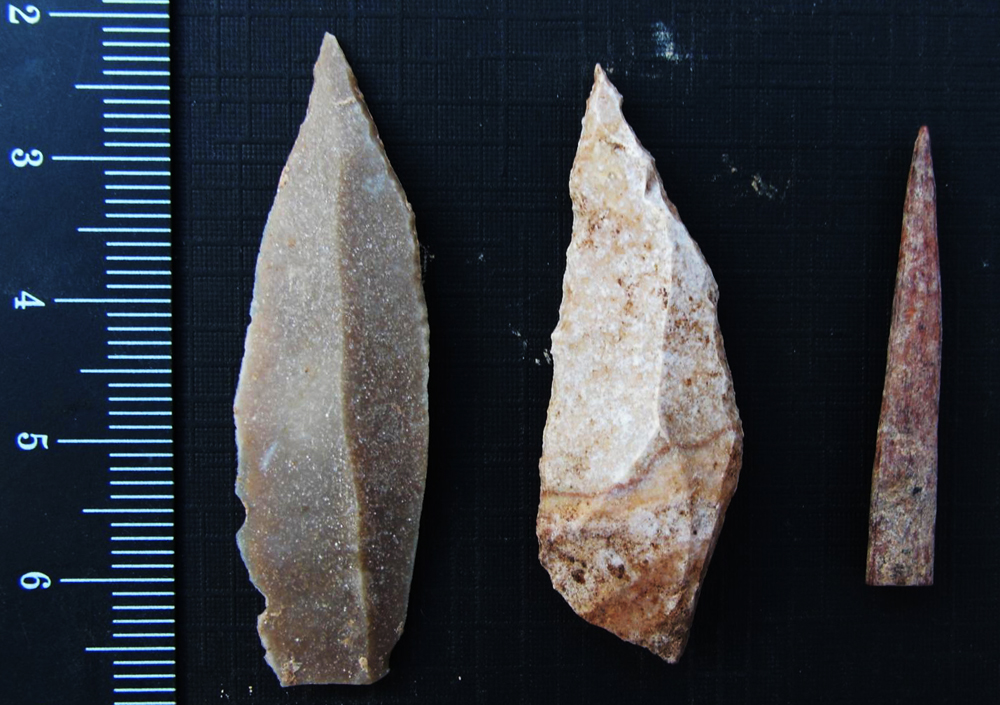 Emory University anthropologists Liv Nilsson Stutz and Aaron Jonas Stutz have been studying the artifacts from Mughr el-Hamamah, or Cave of the Doves. The research has been published in the Journal of Human Evolution.

The findings confirm that the Upper Paleolithic began in the region no later than 42,000 years ago, and likely at least 44,600 years ago. The artefacts include a mix of techniques for making points, blades, scrapers and cutting flakes. 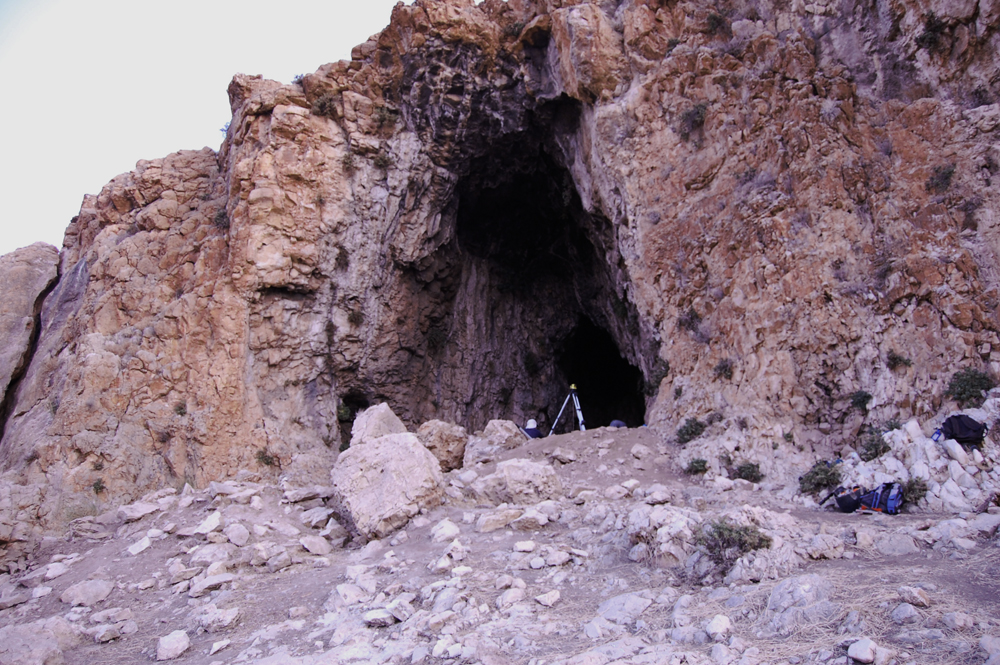 The theory that greater social division of labour was important at this prehistoric juncture - bridging the Middle and Upper Paleolithic - was first put forward by anthropologists Steven Kuhn and Mary Stiner. And the artefacts from Mughr el-Hamamah seem to endorse the claim for the dawn of modern human cultural behaviors,

This pivotal time also marked the ebbing of Neanderthals as a last wave of anatomically modern humans spread out from Africa and into the Near East. This region, also known as the Levant, comprises the eastern Mediterranean at the crossroads of western Asia and northeast Africa. As the final surge of modern humans passed through the Levant, they would likely have encountered human populations that arrived earlier, and they may also have interbred with Neanderthals.

The site sits right in the Levantine corridor; the toolmakers, the researchers believe, were mainly Neanderthals or anatomically modern humans, and certainly a mix of different populations. What is clear, however, is that individuals were starting to live, work and form families in larger, more culturally structured social networks.

The cave is about 30-feet deep with an entrance about 20-feet wide. The relatively undisturbed Upper Paleolithic layer included fireplaces stacked atop one another that yielded chunks of well-preserved charcoal from hearths associated with the tools.

Several families shared the space and worked alongside one another. Toolmaking was a major activity of the group, as evidenced by their prolific output. Many discoveries of Near Eastern tool assemblages dating prior to the early Upper Paleolithic show that humans focused on just one technology. The tools tend to look similar and likely served many uses.

But at Mughr el-Hamamah, they used different technologies to get different tools; new activities that required maintaining relationships and group planning, plus the division of labor, including firewood gathering, plant gathering, hunting and food foraging.

The large quantities of blades for knives, and for hafting onto spears, using a prismatic blade technique that yields long, narrow points, are all nearly identical. Minimum waste and maximum end product points to specialization and production line mentality.

The nature of this process would have enabled social unity in a self-perpetuating fashion; offering blades to others would have encouraged relationships and social cohesion, leading to greater hunting success (for example), leading to greater social cohesion. And the process would have been encouraged by other artefacts found in the cave: scraping tools, made on thick blades for hafting onto a handle and likely used for working wood and animal hides. Multi-use flakes and triangular points for a variety of purposes were also present.

A successful clan. Indeed, a developing social network between other successful clans. This process, with populations living in larger groups and gaining access to a wide range of technologies, may have helped tip the balance between modern human culture and the Neanderthals, the rise and demise respectively.

Read more about Stone Tools in our ORIGINS section: