Neanderthal Eagle Talon Jewellery: artefacts dating from 130,000 years ago are further evidence of 'modern' behaviour of the Neanderthal, in line with the practice of burials and rock art. 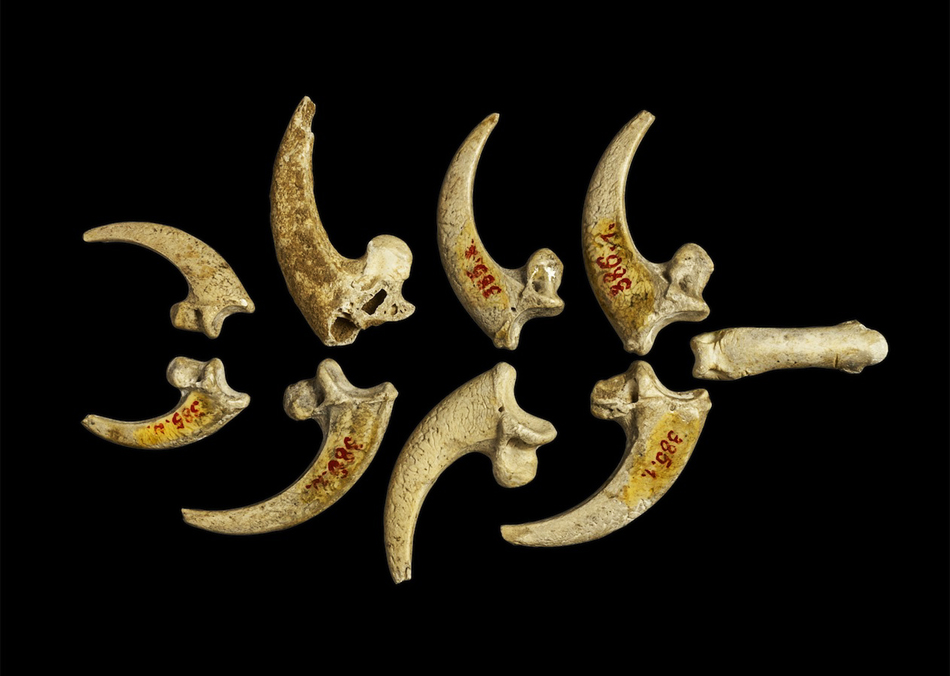 An article on www.livescience.com by Megan Gannon - Neanderthals Wore Eagle Talons As Jewellery 130,000 Years Ago - reports on the current archaeological research in Croatia. New studies show that the artefacts demonstrate the Neanderthal use of jewellery 130,000 years ago. Homo sapiens had not spread into and occupied this part of Europe until about 45,000 years ago.

Eight talons from white-tailed eagles, including four that had distinct notches and cut marks, had been excavated in the Krapina cave in Croatia which had been occupied by Neanderthals. Researchers assume the talons would have been strung together as part of a necklace or bracelet.

The talons were first excavated more than 100 years ago, along with more than 900 Neanderthal bones. The site also had Mousterian stone tools, a hearth and the bones of rhinos and cave bears. It is the cut marks that have been revealed by the new study.

Editor's Note: The implication of the eagle talons, from what surely would have been a most impressive piece of jewellery, is further evidence of 'modern' behaviour of the Neanderthal, in line with the practice of burials and rock art. It shows planning and forethought, it possibly shows status and leadership (this piece was not easy to come by), and it may show symbolic and abstract thinking, all of which appeared independently of modern humans. Now it is the degree of modern behaviour that must be quantified when comparing and contrasting Neanderthals and modern humans - not an easy task.