An article by Alec Luhn on telegraph.co.uk - 40,000-year-old Ice Age wolf head found in Siberia - reports on Russian and Japanese scientists who have unveiled the first intact adult head of an Ice Age wolf species, which was preserved in permafrost for 40,000 years. 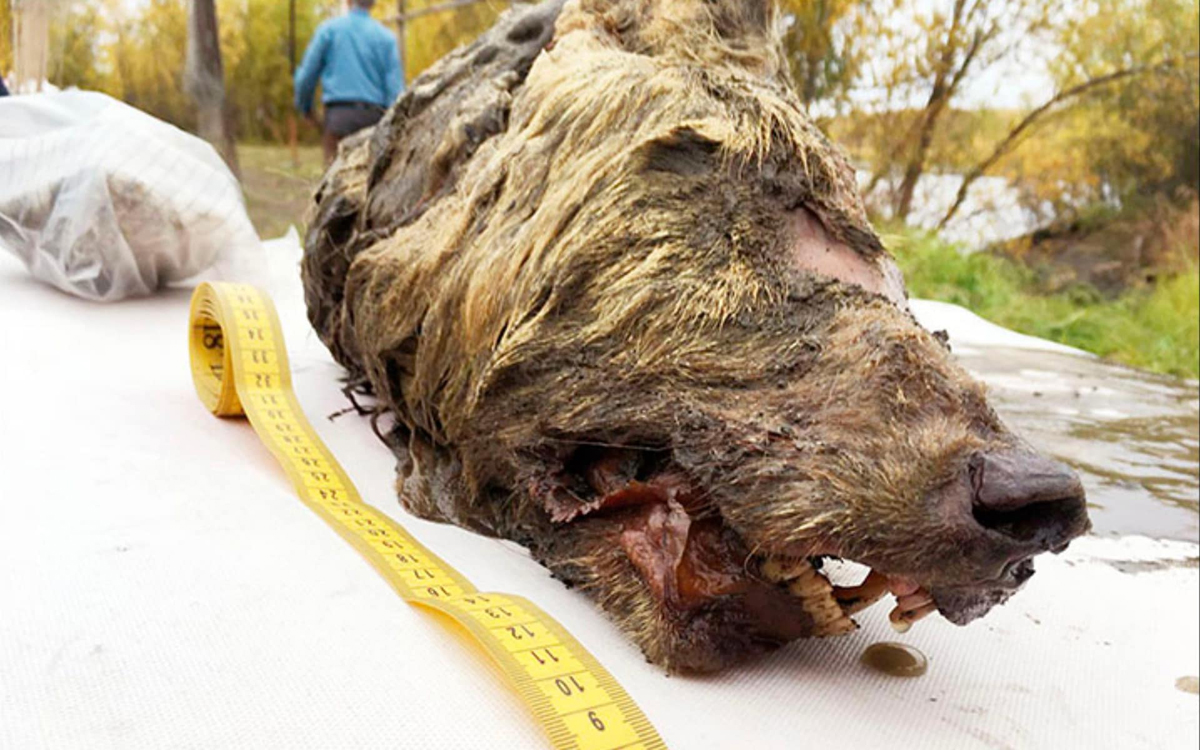 The first intact head of an adult Pleistocene wolf was found by a group looking for woolly mammoth tusks in Siberia. Image: Albert Protopopov

This unique find may shed more light on this ancient predator that roamed Europe and Asia alongside the woolly rhinoceros and mammoth. They also hope to learn of its ultimate fate. Albert Protopopov, head of mammoth fauna studies at the Yakutia academy of sciences, hopes to ascertain whether these wolves disappeared or turned into modern wolves; and how much are they related to modern wolves.

The 40-centimetre head was made public at a woolly mammoth exhibition in Tokyo last week. The wolf was between two and four years old when it died. It was found on the Tirekhtyakh river by locals hunting for mammoth tusks in the remote Siberian region of Yakutia last year. Well-preserved infant cave lions have been previously discovered nearby. The soil in most of Yakutia remains frozen year round, preventing ancient tusks and carcasses from decomposing. Specimens have been emerging ever more frequently as climate change gradually thaws this permafrost. 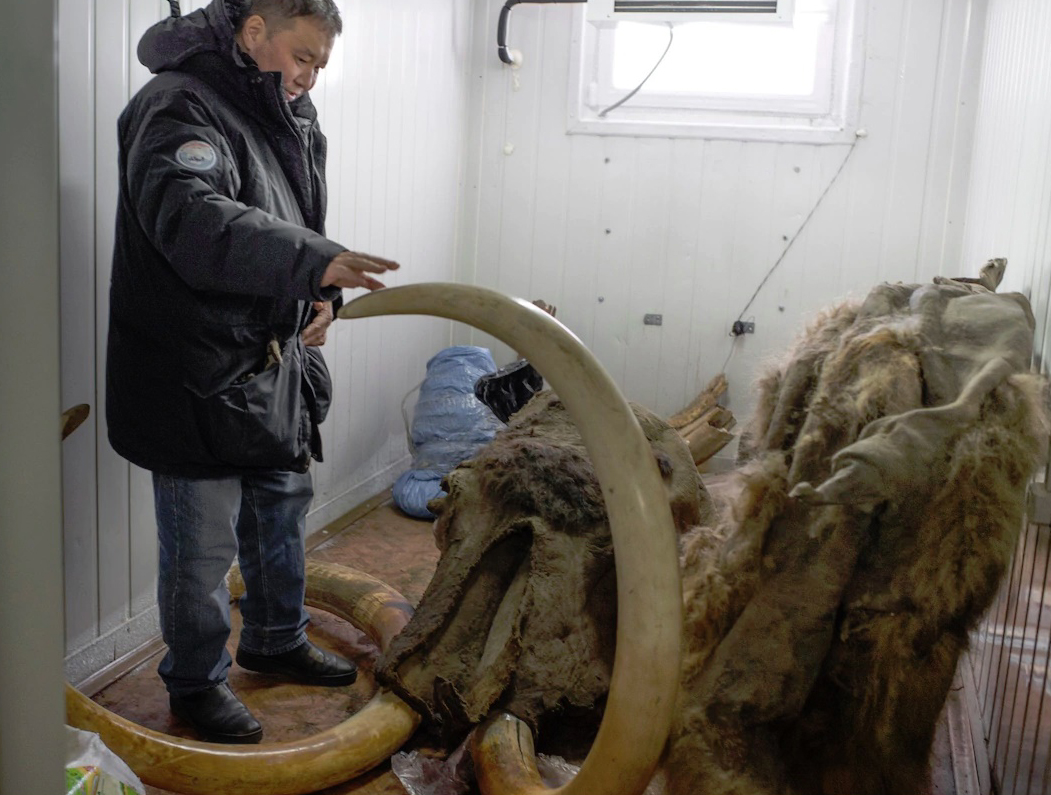 Albert Protopopov examines a woolly mammoth that was preserved in the permafrost during a visit by The Telegraph in March. Image: Maria Turchenkova/For The Telegraph

The wolf head was analysed at the Museum of Natural History in Stockholm, where it was dated to roughly 40,000 years ago. Researchers at the Jikei University School of Medicine in Tokyo performed tomographic scans to map muscles and tissue in the specimen.

Both the Stockholm and Tokyo facilities will continue to study the DNA and internal anatomy of the head, which includes a fully preserved brain. Working with Russian scientists, they plan to compare the animal's genetic makeup and morphology to the wolves of today. At the moment it is not clear whether the 'Pleistocene wolf' was larger than contemporary wolves, but its jaws were definitely stronger, suggesting that they could kill bigger animals, perhaps even a bison.

Several species of wolves lived during the Pleistocene ice age, including the celebrated dire wolf in the Americas. Based on bones found in Siberia, both dogs and modern wolves are believed to have split off from a wolf ancestor at least 27,000 years ago.