Where do we come from?

When Josephine Salmons paid a visit to the Izod family home, she noticed a primate skull that had been discovered at a limeworks near Taung in South Africa. This visit was to set in motion a story that would fundamentally change our view about humanity's origins. 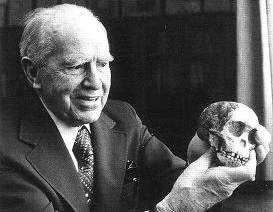 Josephine was a student of anatomist Raymond Dart at the University of Witwatersrand in Johannesburg, upon showing him the skull he recognised it as a significant find. Dart asked the limeworks company to send any more fossil discoveries they may unearth, to him so that they could be examined further.

Robert Young a geologist conveyed a number of fossilised primate skulls that had been collected by a quarry miner. Dart examined the assortment of skulls and found a fossilised endocast of a skull, which showed the impression of a complex brain, and matched it to a fossilised skull of a juvenile primate, which had a shallow face and fairly small teeth. 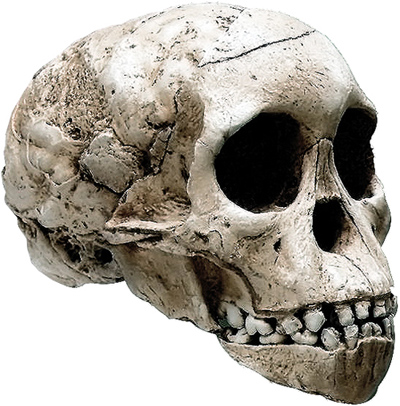 After completing a full examination of the skull, Dart published the discovery in 1925, describing the new species of Australopithecus in the journal Nature. It became known as the Taung Child.

The theory that the skull belonged to a new genus was identified by comparing it to skulls of chimpanzees. The Taung child endocast was larger than that of a fully grown chimpanzee. The forehead of a chimpanzee receded to form a heavy browridge with jutting jaw; while the Taung child's forehead recedes, but there is no browridge.

The Taung child is estimated to be 2.5 million years old. Originally believed to have been a monkey or ape, Raymond Dart became aware of the fact (through studying the foramen magnum) that the skull would have been positioned directly above the spine, therefore indicating an upright posture, a trait seen in humans, but not other primates.

An announcement in 2006 stated that the Taung Child was most likely killed by an eagle or large predatory bird, a conclusion reached by comparing the likeness in damage to the eye sockets and skull, to that of modern primates known to have been killed by eagles.