Dordogne's natural calendar in the sky is set in Les Eyzies-de-Tayac in the Perigord Noir area of the Dordogne, France. The area contains several major archaeological and rock art sites, including Lascaux Cave, Abri Pataud, Font-de-Gaume and Grotte du Grand-Roc. Les Eyzies-de-Tayac was designated a UNESCO World Heritage site in 1979. Les Eyzies-de-Tayac is 'magical'; a controversial adjective to use in archaeology, but standing above the Abri Pataud site, looking out over the valley in May, with a knowledge of the archaeology and the rock art within easy reach of this spot, it is perhaps appropriate. 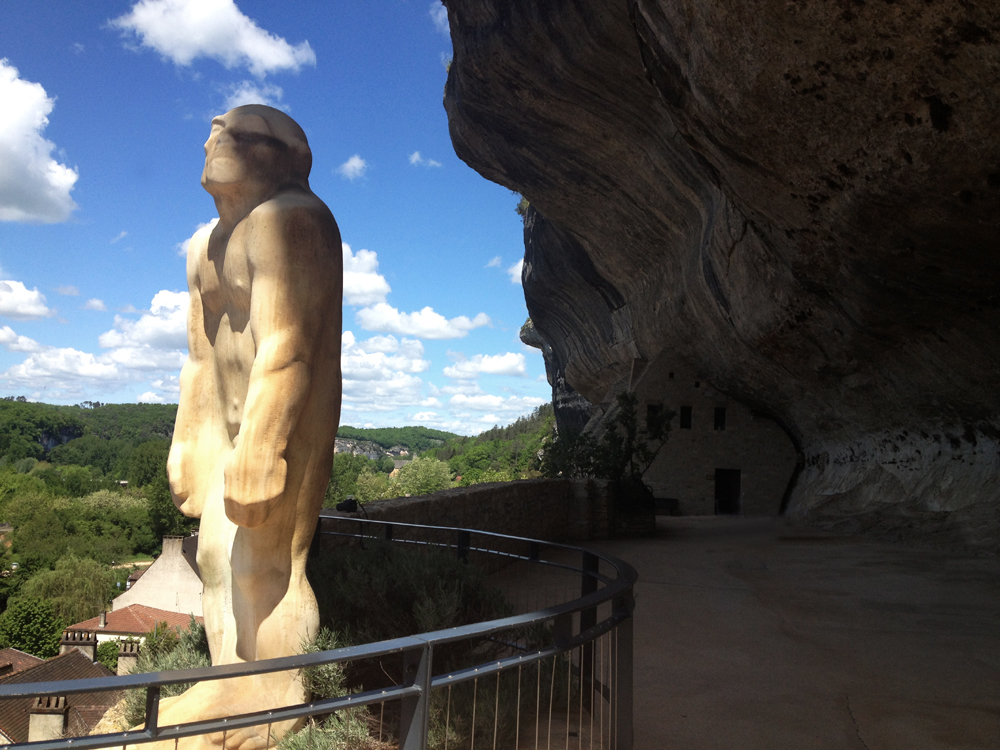 This is an extract taken from Alexander Marshack's publication 'The Roots of Civilization' which captures just one element of the magic, whilst relating to so many others, of the region.

When I stood with Professor Hallam Movius in the early summer on the cliff shelf outside the Abri Pataud, overlooking the small valley below, white pinpoint cows were grazing across the river where once the herds of wild horse and bison roamed and through which reindeer made their seasonal trek. We had been talking for two days within the shelter that had been built by farmers into the cliff overhang. The Vezere flowed iridescent in the valley below as the sun set behind the low hills on the other side of the valley. As it did so, the thin first crescent of the moon stood as a silver sliver in the sky, pointing its bow at the sinking sun. It was a few days past summer solstice and the sun was sinking near its far northern point on the horizon of those distant hills.

"You have a natural calendar in the sky," I said. Movius looked at me, apparently perplexed. We had been talking about the possibility of notations and of the new techniques that could be developed for studying the Ice Age images, as well as of the new questions that needed to be asked about culture, evolution and humankind. "That sky," I said, "is a calendar."

I pointed back and forth along the horizon. The sun, I said, set each evening along that horizon at a different point, from its low point to the left and the south at the winter solstice, to its midpoint at the spring equinox, just above where the cows were grazing, to that position towards the north at summer solstice, near where it was now sinking. Once each month the sliver of the first crescent would stand above the sinking sun, aiming its bow at that descending source of light, and each evening after that the moon would appear a bit higher and a bit larger, aiming at the setting sun.

Movius was silent. He had clearly never thought of the changing sky as part of his excavation. He had looked down, never up, for years carefully excavating and sifting through the hardened soil. "When the sun sank midway, at the spring equinox, the river was near the time of the thaw," I said. "The salmon would soon be coming." And, as I was to realize later but did not at that time know, the reindeer would soon cross at the point where the railroad bridge now stood, the herd heading eastward to the higher lands and summer grazing behind that valley. One does not dig the sky in archaeology, but it was, of course, there for the digging.

Extract taken from 'The Roots of Civilization' by Alexander Marshack, 1991.

And visit Les Eyzies-de-Tayac to observe the natural calendar in the sky.